One soldier was killed in the Haitian capital of Port-au-Prince on Sunday, local media reported, when police officers shot up an army headquarters in a violent escalation of protests demanding better working conditions for police.

Police officers exchanged gunfire with soldiers for hours after their protest halted near the national palace. It was unclear which side started firing first.

Hundreds of supporters joined dozens of police officers, some in street clothes and others wearing police uniforms and face masks, as they advanced towards the palace in a protest demanding better pay.

At least three police officers and one serviceman were wounded in the attack, which the defense ministry said was carried out by gunmen wearing masks.

What happened to all of that Haitian aid money raised by the Clinton Crime Family Trust?

Drop that sCunt Klinton in there to do some diplomacy. They will forget why they are fighting and give her a nice tire necklace.

There’s a palace in Haiti???

5 posted on 02/23/2020 9:38:23 PM PST by jackibutterfly (President Trump doesn't collude with the Russians/Ukranians, he colludes with GOD!)
[ Post Reply | Private Reply | To 1 | View Replies]
To: BipolarBob
"What happened to all of that Haitian aid money raised by the Clinton Crime Family Trust?"

It’s a good thing that mere Haitian civilians don’t have guns. Although they wouldn’t use them to eliminate their oppressors, anyhow, since the Democrats say that’s not possible. 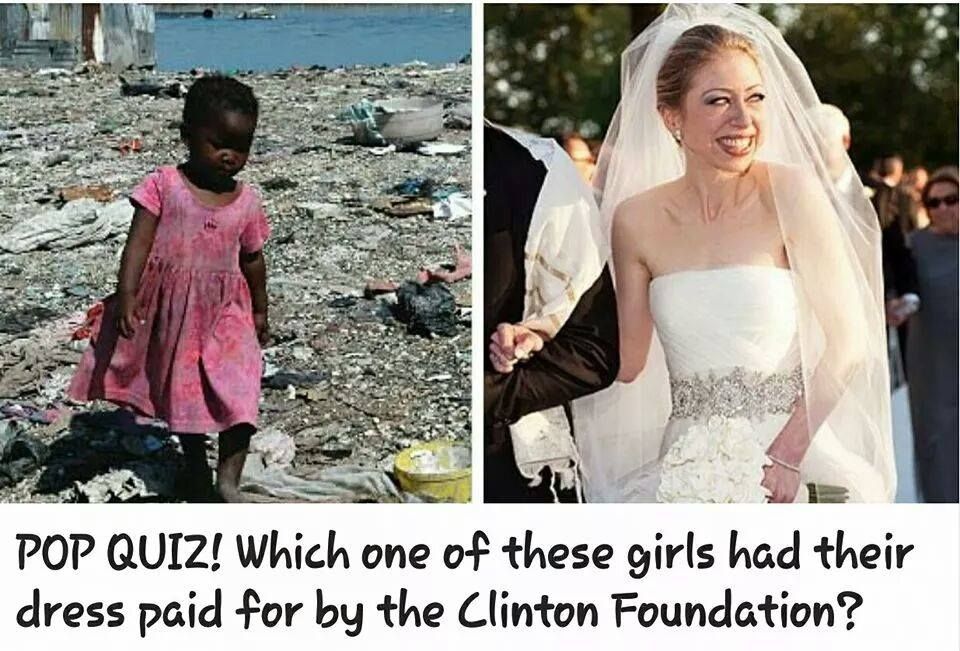 In this shot, Chelsea kinda looks like a female caricature of Jimmy Carter.