U.S. officials have told Sen. Bernie Sanders that Russia is attempting to help his presidential campaign as part of an effort to interfere with the Democratic contest, according to people familiar with the matter.

President Trump and lawmakers on Capitol Hill have also been informed about the Russian assistance to the Vermont senator, according to people familiar with the matter, who spoke on the condition of anonymity to discuss sensitive intelligence.

It is not clear what form that Russian assistance has taken.

Ha, they are eating there own tail. This is so much fun.

101 posted on 02/21/2020 4:31:44 PM PST by cowboyusa (America Cowboy Up)
[ Post Reply | Private Reply | To 100 | View Replies]
To: Bigtigermike
Get the Credit Card you've always wanted -- one with unlimited credit and fully protecting you from default by the financial power of the American taxpayer.

Welcome to the Flash Dunce Credit Card, brought to you by the social justice economic policies and demagogic genius of your heroes: Crazy Bernie and America's Outrageous Con-Artist (AOC).

Modeled after the impressive economic success of nations like Venezuela, Cuba, the Soviet Union, and various Banana Republics, the Card is guaranteed to destroy the American Capitalist system.  It will give everyone free access to the idle trillions of dollars sitting in banks that today are owned by employers earning evil profits, investors guilty of usury, fat-cat millionaires driving Teslas, and selfish Skin-in-the-Game entrepreneurs who are take on financial risks in the hope of benefiting themselves.

How does the Card work?  Simple.  Use the Card to buy all the free stuff you can't afford.  Then pay back only what you want to pay, when you want to pay it -- deducting any Rip-Off interest charges you feel entitled not to pay as a Victim of the American Capitalist System.

Disclaimer: This offer is subject to one restriction: you may use the card only before the entire American economy collapses.

Where does your son live? Definitely not DC Metro area! They’d be throwing roses. 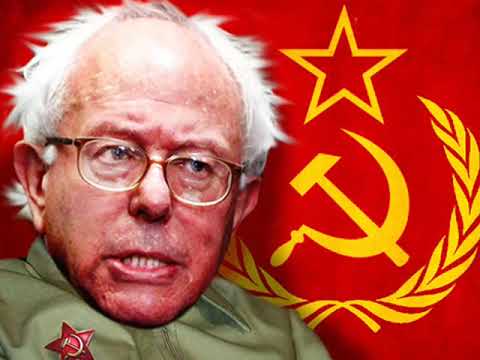 I think the Russians wanted Trump because he would be the most disruptive to our system and they want 2020 to be Trump vs. Bernie for the same reason.

They aren't looking to develop a friend in the White House, they just want the US to look like every other dysfunctional government so they can undermine our respect around the globe.

I have been telling friends, for months, that the DNC and fake news will schlong Bernie.

Now, the unknown sourcesare leaking to the fake news

My first Presidential election was 1972, we assumed the Russkies were going to try to subvert it. As a precinct officer from 2004-2019, I can attest, that, at the precinct level the Russkies had no affect.

Bernie gets a heads up, Trump gets a co-intel op.

No it’s about helping polar opposities. Whoever wins the other side will hate with a passion. It’s about civil war.

Apparently it’s about facebook ads.. a couple millions dollars worth in a sea of a billion dollars from the canidates themselves.

Adam Schitt says the Russkies like Trump. I am so confused. /s

So now Bernie and Tulsi Gabbard and Trump are Russian assets. Dayum, those Russians get around!

“Butting: did someone say, probe?“

Did you see Buttegieg’s face light up at the prospect of a ”thorough” health examination for all presidential candidates?

I wonder which phase of the examination had him so excited.

#11. Re One thing we can predict: Putin will not help BootyJudge. Why not? He’s the son of a Gramscian Marxist scholar and admirer (Italian Red strategist whose tactics are used all over America today, esp. on the campuses). He can be relied upon to act like a “socialist”, not a “capitalist”. He’s young, articulate in political babble, and desirous of power which makes him just the type of red Moscow would love to “promote” over the next 8-10 years.

They can’t trust Bernie the Commie, Warren the commie-lite, Biden the Stumbledork, Amy the whale lady, Bloomberg the Deficit or anyone else left at the bottom of the Democrat’s totem pole, EXCEPT HILLARY.

Hillary is a far-left Marxist and always has been despite her relatively middle class schooling. However, she’s in a mental and physical decline so she’s not as reliable or pliable a Moscow subject as old KGB guy Putin would want (to try and direct/control in her political career). Besides, she does more for their ideology as an “icon” than she could do now as a candidate.

Putin IS NOT STUPID. He will piss in everyone’s pot if it suits his needs and goals, even to supporting covertly Peter Buttigieg.

#9. Re Someone wake up Mueller. You can’t wake the dead. Only the great British police show “Wakening the Dead” can do that and these refer to “cold case crimes”, not the “Walking Dead” like Mueller.

We have NO evidence of...

Yeah, it's probably just fine with Crazy Bernie. I'll bet he knows all about it....probably asked Putin for the help.