Can never recall a time that I totally agreed with Van Jones. He nailed it.

A very good night for Donald Trump, as most are concluding.

A VANguard of the Revolution knows tone-deafness?

Bloomberg will have nightmares. The words “non disclosure agreement” will haunt him. Everywhere he goes he will hear chorus after chorus of women chanting “Let them talk, let them talk....”

Van Jones is simply helping to keep this a 5-horse race.

(Klobuchar is done. She ran from the stage as the cameras panned away, and everyone else shook hands. She was looking for an intern to throw things at.)

The moment the Bloomberg campaign died:

Yes. Van Jones nailed this one.

The NDA, Mike said he made jokes about women that they took offense to or something like that. Need a transcript.

He can only agree to release the women from the NDA at this point and that’ll be fatal. Fatal to his campaign if he doesn’t. He’s toast.

isn’t this a big deal?
So much money behind this guy.

Bloomberg has a simple but effective answer to all the critics like Van Jones. None of the other idiots on the stage has the slightest chance of beating Donald Trump. He had the sense to at least call out Bernie Sanders as a crackpot that the vast majority of Americans would never vote for.

Bernie will go into the convention without enough delegates to take the first ballot. At this point the party elders will pick Bloomberg even if he never does another debate and anoint him as their candidate. He will pay off Sanders who will kiss his gold ring and pledge to work for him against Trump.

Bloomberg Gets Clobbered for ‘Disastrous’ Debate Performance: Spent $200 Million to ‘Get His A** Handed to Him’

So if Bloomy is done, and if Biden can’t get any traction, who is left as the great “Centrist” hope.

There’s only one, and you know who she is. 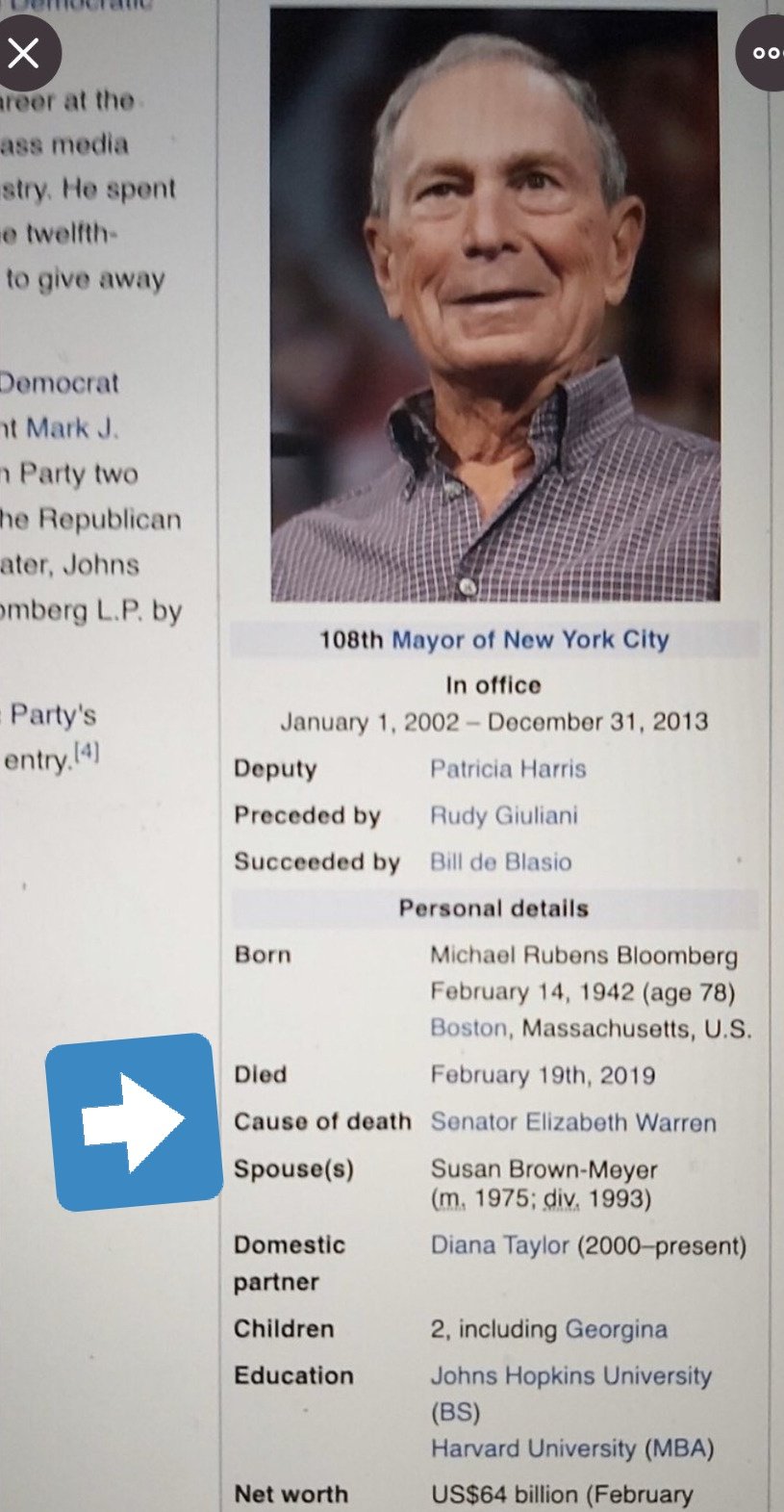 So you’re saying Rosa Kleb-uchar should wear “special shoes” to the next debate, eh?

Hillary will show up at the convention and take it. Michelle Obama will be the VP. That’s my call for weeks now.

Bernie will fade quickly, and be a non-factor.