WASHINGTON - The U.S. economy will grow at a “solid” rate of 2.2% this year, the non-partisan Congressional Budget Office forecast on Tuesday, but with federal budget deficits hitting $1.015 trillion.

While the economy will be on good footing during this presidential election year, CBO also noted that conditions will lead to “higher inflation and interest rates after a decade in which both remained low, on average.”

The inflation and interest rate rises will be noticed this year and continue through 2022 before settling down beginning in 2023, under the forecast.

In its updated budget and economic outlook spanning the next decade, CBO said that consumer spending, spurred by rising wages and household wealth, will remain strong.

But federal deficits will average $1.3 trillion per year between 2021-2030 - a level that some economists fear is unsustainable. 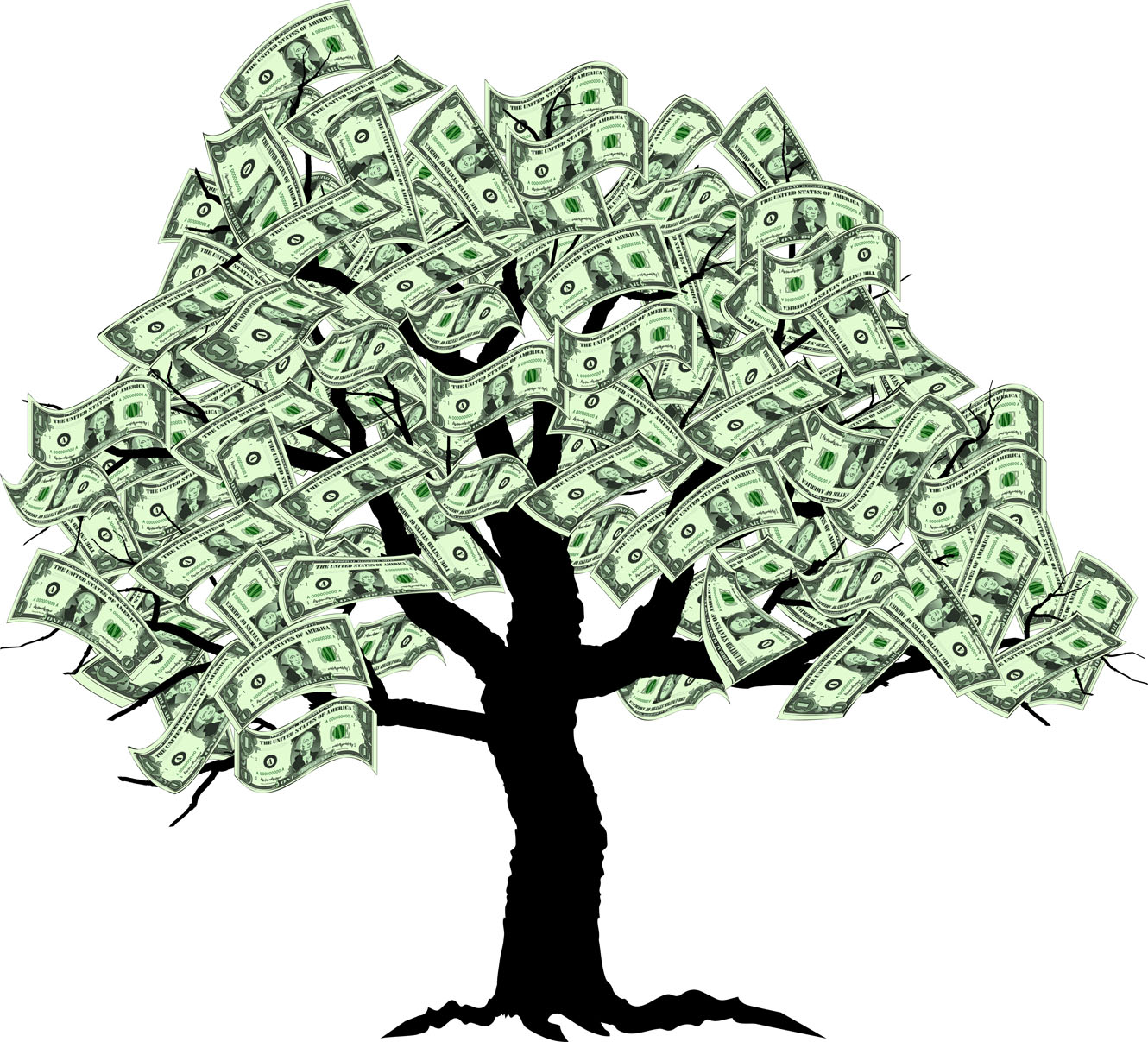 it would be hard for a Democrat to have a successful campaign facing these stastics.

We are spending over $1 Trillion dollars every single year on illegals and all the direct costs and indirect costs that they wrack up- In my following post- it was from a report that was a decade or more ago- and back then they estimated the costs at between $400 billions dollars, and $600 billion per year- every single year- now I’m betting it is over $1 Trillion per year-

The Costs Of Illegal Immigration

DARK SIDE of ILLEGAL IMMIGRATION YEARLY COSTS
45,008 illegal aliens from countries on the U.S. list of state-sponsors of terror or from countries that protected terrorist organizations and their members were released into the general public between 2001 and 2005 despite the fact that DHS couldn’t confirm their identity. Ultimate costs are unknown. Remember 9/11? ?

The Border Patrol arrested 39,215 “other-than-Mexicans,” along the Southwest border. In 2004, the number jumped to 65,814. DHS admits they only catch an estimated 1/3 of the border crossers. Ultimate collateral damage costs of the ones not caught are unknown. ?

Some sources say that bin Laden purchased several suitcase nukes from the Chechen rebels in 1996. Allegedly several of these weapons have been forward deployed to the US in preparation for al Qaeda’s next attack on American soil. Ultimate costs are unknown. ?

According to two trainers at an anti-terrorism conference, preparations are well underway in Islamic terrorist camps for attacks on American schools that will bring “rivers of blood and staggering body counts.” Ultimate costs are unknown. ?

At the end of 2003, approximately 267,000 illegal aliens were incarcerated in U.S. correctional facilities. $6.8B
Mac Johnson estimates that illegal aliens murder between 1,806 and 2,510 people in the U.S. annually, an average of 2,158 murders. (Representative King states illegal aliens are responsible for 4,380 murders) $8.4 B

According to FBI Estimates on Number of Arrests in 2005 in the United States and applying a straight 5% of population representation, illegal aliens would have committed 704,709 crimes in 2005. Based on an average of $25,000 per crime, the costs would be $17.6 billion. Some estimates have their involvement much higher. $17.6B

Based on a GAO report of 55,322 illegal aliens incarcerated in federal, state, and local facilities during 2003 and extrapolating the average number of offenses out across all 267,000 incarcerated illegal alien criminals results in some 1,288,619 crimes! Based on an average of $25,000 per crime, the costs would be $32.2 billion. Another estimated 240,000 criminal illegal aliens are not incarcerated. $32.2B

Professor David Anderson reports that the net annual burdened costs of crime, in 2006 dollars that would be $1.62 TRILLION. A 5% illegal alien participation would be $81 BILLION. Some studies indicate the participation of illegal aliens is much higher than representation. $81B
80,000 to 100,000 illegal aliens who have been convicted of serious crimes still walk the streets. As previously noted, based on studies, those illegal alien criminal will commit 13 offenses each. Total costs are unknown. ?

An estimated 2,258,550 pounds of cocaine made it through the southern border with an estimated street value conservatively estimated $72.2 BILLION. Resulting costs of the associated crime is unknown. Assume 50% is paid for through crime. $36.1B

There are currently over 400,000 unaccounted for illegal alien criminals with outstanding deportation orders. Those are just the ones apprehended. At least one fourth of these are hard core criminals. Resulting costs are unknown. ?
Researcher Deborah Schurman-Kauflin Ph.D. of the Violent Crimes Institute, reports that the illegal alien population includes 240,000 sex offenders – a “conservative estimate.” Based on studies, they will commit 130,909 sex crimes annually. Using $50,000 as the average total economic impact, resulting costs are: $6.5B

63% of the sexual crimes, 82,473 victims, were committed by previously deported perverts who returned to commit the crime. Using $50,000 as the average total economic impact, this would be $4.1 BILLION - more than the cost of a proper border fence along the southern border. . $4.1B

Operation Predator resulted in 6,085 child predator arrests. Some pedophile statistics report that each pedophile molests average of 148 children. If so, that could be as many as 900,580 victims. Resulting costs are unknown. ?

Gangs Or Us estimates that MS-13 has over 15,000 members and associates in at least 115 different cliques in 33 states, and these numbers are continually increasing. .Resulting costs are unknown. ?

In one report, mostly illegal alien Hispanics were involved in 25% of the fatal traffic accidents, an astounding 5 times as much participation as representation. In those accidents, 75% of the drivers had no auto insurance, nearly all of the vehicles driven by migrants were registered to other drivers, and 93% of the vehicles had false out-of-state tags. Resulting costs are unknown. ?

Illegal aliens are often involved in DWIs at a rate that is 3-6 times greater than their representation in the population. Resulting costs are unknown. ?

At a 5% representation, illegal aliens are responsible for 844 alcohol related fatalities. Data suggests their participation is actually far higher. (Rep.King states that illegal aliens were responsible for 4,745 alcohol related fatalities. If so, that would 5.6 times as many deaths as representation.) Resulting costs are unknown. ?

Half of all children born to Hispanic Americans in 2002 were illegitimate, twice the rate for American whites and 42 percent higher than the overall American rate. Rates are suspected of being even higher for Hispanic illegal aliens. Resulting costs are unknown. ?

Many illegal aliens are carrying horrific third world diseases. In the 40 years prior to 2002, there were only 900 total cases of leprosy in the US. In the following three years there have been 9,000 cases. TB is epidemic in many illegal alien communities and a new Multiple-Drug-Resistant (MDR) TB is spreading. Each person infected with TB will infect 10 others. Treating a single case of MDR TB costs between $250,000 and $1,200,000 per person. Resulting costs are unknown. ?

The National Academy of Science reported that from 1980 to 1995 there was a 44% of the decline in the real wages of high school dropouts as a result of immigration. This affects Black and Hispanics Americans the greatest and is a great contributor to the high unemployment rate in this segment of the population. Resulting costs are unknown. ?

Harvard Professor George Borjas has reported that illegal aliens displaced American workers at a cost in excess of $133 billion dollars in 2005. $133B

The Wall Street investment firm Bear Stearns states we are losing $35 billion a year in income tax collections from jobs that are now off the books. $35B

National Academy of Sciences study estimated that immigration’s net benefit to the American economy is only $10 billion. This item is included to illustrate one of the very few real economic benefits of tolerating illegal aliens. Most of the other benefits of illegal aliens “doing the work that Americans won’t” at lower wages goes into the pockets of their employers. -$10B

Immigration will account for 96 percent of the future increase in the school-age population over the next 50 years. Cost to the infrastructure is unknown. ?

A recent report notes that illegals sent and estimated $45 Billion south in 2006, which was up from an estimated $30 Billion in 2004. That money leaving the economy does not produce secondary jobs here.

Using a 2:1 money multiplier, that is $90 billion removed from the American economy. $90B

A Census Bureau study estimates that households headed by illegal aliens used $10 billion more in government services than they paid in taxes in 2002. These figures are only for the federal government; costs at the state and local level are also significant. The study also finds that if illegal aliens were given amnesty, the fiscal deficit at the federal level would grow by nearly $29 billion. $10-29B

Jonathan Weisman of the Washington Post states “The Senates embattled immigration bill would raise government spending by as much as $126 billion over the next decade, $12.6B

While some of the costs summarized above are subsets, e.g. cost of the murders as part of the cost of crime, as you can see the economic costs of tolerating illegal immigration is quite considerable. You are paying for it in terms of higher taxes, insurance premiums, et cetera. Some estimates place the net costs of each illegal alien in the country at $50,000 – $100,000. (FYI: 12,000,000 X $50,000 = $600,000,000,000) When the all the indirect costs are factored in, it is probably even higher. In any case, it is a cost that YOU are paying for.

Even saving ten cents on a head of lettuce, how much lettuce would that buy?

What price do you put on each American who has been molested, raped, killed, or murdered by an illegal alien?

If you are not in favor of import tariffs then you are a hypocrite deficit hawk. Tariffs raise revenue and protects vital US industries. A 20% import tariff would cut the Federl deficit by $300B/yr.

I have no idea what you’re talking about. My only point is that conservatives used to be deficit hawks. We used to believe in fiscal restraint. Now, let the good times roll. But at what point does the debt bubble pop? I don’t know the answer to that

Ok, Do you know the role of import tariffs in lowering both the trade and budget deficits? Actually, I just told you so .... are you in favor of increase in tariffs to help control the budget deficit?

I’m in favor of spending less damn money to reduce the deficit. Nothing should be off the table. Including the DoD.

No matter how much $ the government takes in, politicians will spend it and more. That is why the party won’t stop until the money runs out. Nobody wants to give up his or her place at the trough. They want the other guy to give up his. It’s the voters’ fault. If Americans truly wanted smaller government, we would have it.

I think we’re going to find out soon. Trump can delay it but Congress is utterly clueless.