The world’s 2,153 billionaires have more wealth than the 4.6 billion people who make up 60% of the planet’s population, a new report from the charity group Oxfam says.

Oxfam’s report, ‘Time to Care’, was released Sunday just ahead of the World Economic Forum in Davos, Switzerland, where about 1,500 of the world leaders in politics, business and finance come together each year.

Plus, some people find non-pecuniary rewards in vocations / avocations to be more important than amassing mere lucre.

The only thing that worries me about the great wealth is their political power to control our lives. Soros used his billions for evil.

[[After all, the gaps in intelligence, skill, and motivation between different people is very large,]]

Liberals are tryign to reduce that gap too by lowering standards for not so intelligent, and not so skilled folks-

The rich gets so guilty for being wealthy or pretend to be. Maybe they are just playing leftist so the left doesn’t take their money. I would rather have a capitalist system as opposed to this BS equality scheme where everybody will be poor and we would still have the rich just in a different system.

Using 1960 as an arbitrary baseline a billion dollars ain’t what it used to be.

Why is it important to reduce the gap between rich and poor? After all, the gaps in intelligence, skill, and motivation between different people is very large, even in the same family.
//////////////
This shit never gets old with these people. Every year this is released by the same commie think tank right around economic summit. Duitfully the fake news runs with it.
If 2100 people have more “wealth” than 4.6 billion people it then becomes obvious that people have not yet produced enough wealth to go around. The 4.6 billion better figure out something to do to produce enough wealth for the rest of them. Perhaps, working, farming, inventing, starting as business, hunting, fishing, and countless other things would be a good start. Imagine if 4.6 billion people each managed to produce $30,000 worth of goods an services how much more productive and wealthy the world would be. I suggest they all get off their ass and start doing just that. I will do the same.

All right, I give up. Let’s tax these 2,153 volunteers into absolute abject poverty. Just to be fair. And Stephen King. and Bill Gates. If being rich is so offensive to these people, let’s do them a favor. I believe Obama... Most of theses weenies got to be billionaires by winning the “pay to play” games in our largest cities, and they owe their fortunes to corruption and cheating (”somebody helped you”).

Turn enough them from billionaires/millionaires back into zeroes, and we can quit hearing them whine about how THEIR success legitimizes the state taxing ME into poverty.

The stoking up of envy is gathering steam. 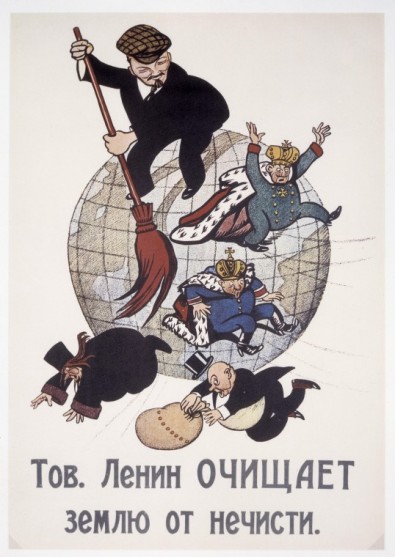 By "deliberate inequality-busting policies" is meant, a-holes like Behar want to get their boot on your neck.

Yeah, all these “developing/third world” counties have been around for thousands of years and they are still, “developing.”

They are prisoners of their own  success

"When the revolution comes you'll have no choice."

Yeah, everything's going to be just peachy when we're all living in tiny houses, eating fake meat and voting through our cellphones.

54 posted on 01/20/2020 12:11:16 AM PST by shaggy eel (As for me and my house - we will serve the Lord.)
[ Post Reply | Private Reply | To 1 | View Replies]
To: a fool in paradise; Lurkinanloomin; Cobra64
-- "third world" --> the Third-world meant countries that, during the cold war, didn't fall into either US or USSR led camps. This included not only India but also Sweden and Switzerland. The terminology no longer makes sense.

-- " is only getting wealthy it seems by the exporting of American desk jobs". That's not true - it seems that way, but both the ITO (Information Technology Outsourcing) and BPO (Business Process Outsourcing) in India today contribute to around 9.5% of the country's GDP and employs around 3.5 million people

Note: I said PARTIALLY - they have reformed may be 25%. If they went whole hog they'd be at China levels now with complete internal markets.

well, a developing country is a primarily agrarian one with low income.

In 1850 every country in the world was by that standard, developing. The UK moved of that first and only in the early 1900s did the USA and Germany move out of “developing” status.

China and India as civilizations and cultures have been around for thousands of years. however, as countries they are both new - dating to the late 1940s.

Of course most of these billionaires have paper assets. Look at Bezos or Gates or Buffet or Page - their wealth is on paper.

57 posted on 01/20/2020 1:49:21 AM PST by Cronos (Re-elect President Trump 2020!)
[ Post Reply | Private Reply | To 54 | View Replies]
To: mdittmar
From the Oxfam report: “Our broken economies are lining the pockets of billionaires and big business at the expense of ordinary men and women. No wonder people are starting to question whether billionaires should even exist,” Behar said.

The economic illiteracy of these people is staggering.

The funds raised by the proposed wealth tax amount to $418 billion a year. That is dwarfed by global social welfare expenditures. Some of these expenditures do good. A lot is wasted. And vast government and NGO bureaucracies grow fat moving aid dollars around.

This entire Oxfam project is imbecilic. The enterprise should be turned upside down. The challenge should be: "Show us an aid and development model that is creating real progress for the poorest of the poor in a given country or region, show us that it is scalable, and THEN we can talk about finding the resource to expand it." Instead, Oxfam is still in the mode of, "You have money, we want it, so give us money in the name of social justice, and trust us to spend it however we want."

It’s mostly paper wealth; and I bet a lot of them hold each other’s wealth.

People think of money and think “A really nice car”. Well, Gates owned a really nice “microsoft corporation”, and he can’t drive it on the highway with the top down.

Watching liberals get upset that billionares have billions of dollars of pieces of paper is hilarious. Nobody can eat a share of Berkshire Hathaway stock. It didn’t take any poor people to create it. His piece of paper doesn’t take anything away from the poor people around him.

#5 After all, the gaps in intelligence, skill, and motivation between different people is very large, even in the same family.
I have 3 dumb sisters : )