Why Democrats Impeachment Is An Insult To Their Base
The Federalist ^ | December 22, 2019 | Christopher Bedford

From San Francisco to Amherst, hungover activists greeted Thursday’s mid-afternoon sun, rolling out of their waterbeds in the warm belief that Donald J. Trump was no longer president of the United States.

Of course, he is still the president. Indeed, he might not even have been constitutionally impeached yet. That’s because every chapter of this story, from accusations to investigations, charges to impeachment, has been pure political theater.

“Very sadly now… I solemnly and sadly open the debate on the impeachment,” Pelosi announced before Wednesday’s vote. “He gave us no choice,” she concluded.

The speaker and her allies wore black, of course, because they were sad. They briefed their colleagues on the sadness so they too could be sad.

“A Somber Pelosi Wields Her Impeachment Power In ‘Sadness’ — And With Ferocity,” one CNN headline reads. Dozens more papers across the country followed the speaker’s direction, although at least two of her colleagues missed the message, dancing down the halls and smiling all the way.

All these tears, we know, were the culmination of years of a deep-dive investigation of how voters would react if Democrats gave it a try.

“Throughout the 2018 midterm campaign,” New York magazine reports, “the operatives in charge of the Democratic Congressional Campaign Committee (DCCC) included a question about support for impeachment in the private national poll they ran every month to inform their strategy.”

Democrat after Democrat decided he’d have a better chance at re-election (and avoiding a primary from his left) if they went for it. It was, they claimed, their duty to the Founding Fathers. They, the politicians assured, were just like the men who fought and died in the Battle of the Bulge.

It’s a strange thing to invoke the country’s founding and claim America’s honored dead while thinking instead about the next election. It’s stranger still to pretend you’re consulting the heavens when really you’re just getting updates from your pollsters.

“When we’re dancing with the angels, the question will be asked: In 2019, what did we do to make sure we kept our democracy intact?” Pelosi quoted the late Elijah Cummings. “We did all we could, Elijah. We passed two articles of impeachment. The president is impeached.”

But Elijah was a Democrat from Baltimore, not an Old Testament prophet, and it turns out the House might not have even impeached the president at all.

At a press conference just a day after saving American democracy and sealing her place in heaven, Pelosi said she didn’t want to talk about it anymore. Oh, and that she doesn’t know if or when she’ll be sending the House vote up to the Senate. This poses a problem for those left-wing activists who at least hoped the president would get an “impeached” asterisk on his Wikipedia page.

“If the House does not communicate its impeachment to the Senate, it hasn’t actually impeached the president,” Harvard prat Noah Feldman wrote in a Thursday Bloomberg op-ed. “If the articles are not transmitted, Trump could legitimately say that he wasn’t truly impeached at all.”

Feldman might sound familiar because he was one of the Democrats’ own witnesses, called before Jerry Nadler’s committee to tell them all how historic and constitutional they all are. He is also known to call for the president’s impeachment with a dramatic waft of self-importance every few months (including once for saying President Barack Obama spied on his campaign).

This whole process problem would be very awkward, except Pelosi was never actually on any mission from God or for the republic. It was all calculated political theater, and almost certainly a play that will turn sour for her party while misfire after misfire confuses her base, incenses Republicans, and alienates the rest of us.

“I have a spring in my step,” she told reporters after the impeachment vote, “because of the moral courage of our caucus.”

The official parts of the impeachment began with an investigation that excluded the minority and the accused from all important aspects of the process. From there, we were treated to charges that slid and shifted from high crimes and misdemeanors down to the dubious, gaseous claims of obstruction of Congress and abuse of power. With the final act a delay or refusal to send the vote for Senate trial, it is safe to say that every aspect of Democrats’ impeachment has failed to meet even the standards of justice set by previous presidential impeachments.

The day after the vote, a Washington news outlet asked her about criticism of her decision to not hold the articles of impeachment in the House.

To be insulted one must have a modicum of intelligence.

Everything that the Democrats do is an insult to their base. Democrats believe that their base is stupid and they will believe every lie and every cockamamie scheme that they roll out. NBC, MSNBC, and CNN use this as their business model and can be counted upon to parrot the Lie of the Day from the Central Committee of the Democrat Party. They went too far this time and they will pay the price at the polling place in November. When it’s not close, voter fraud doesn’t work and it won’t be close in November.

“When we’re dancing with the angels, the question will be asked: In 2019, what did we do to make sure we kept our democracy intact?” - Pelosi

For behold, I create new heavens and a new earth, and the former things shall not be remembered or come into mind. - Isaiah 65:17

The Seinfeld impeachment is frankly something I’d rather forget about.

If its of no interest to Nancy Pelosi, why should I care? Pfft, is right. 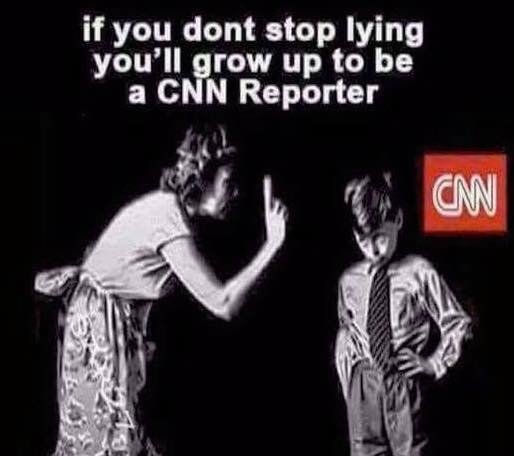 To say they are insulted would mean that they have some level of intelligence to know what took place and what is going on. They have none of that.

Everything about them is emotion, nothing more.

The Democrat’s Base is too f*cking dumb to understand anything.

Like the proverbial elephant I never forget - and can hold a grudge with the best of them!

Take a couple of minutes and laugh at the Spamimpeachers.

Most of the Democrat Base don’t have a clue and are stupid sheep/ Group Think Useful Idiots.

Evangelism means nothing to these legislators. Their minds are made up, and no amount of pleading from their constituents to at least consider a somewhat less biased look at Donald J. Trump moves them at all.

All the exculpatory evidence made available to these moribund legislators will simply be ignored, as they do not want to hear of it, and they will not read, listen to, or look upon a video that explicitly exonerates President Trump in any way, shape, form, or manner. Trump is declared to be presumed guilty until sentence can be passed. After the sentence has been served, something else will be added to the list of imaginary transgressions, and the trial and sentence on that will be carried out too. Trump will NEVER be innocent, in their eyes.

The sad reality is that the vile Democrats do not exist in a social, cultural or political vacuum. A large percentage of the American population is their core constituency. That constituency is growing as America dumbs down and becomes more decadent and hedonistic. Americans no longer share a common core of shared values. When decent people are outnumbered as they were in ancient Greece and Rome, history shows that the culture and the nation it once supported erodes quickly.

I should just being a Democrat insult enough.

She should snap her fingers and point scowlingly at the offender...worked for thousands of schoolteachers.

The Democrat Party is flat-broke.

They need donor money to come in so they can fundraise and say they need to take the Senate and "finish the job."

The base of the Democrat Party is being played like hookers.

I hope and pray this all leads to the death of her and her miserable, lousy political party.