FULL TITLE: OOPSIE! Sharyl Attkisson points out what Horowitz REALLY said in report about ‘bias’ in FBI investigation and WOW

Sharyl Attkisson made a very good point about how ‘interesting’ it is to watch how the media spins something and then take a look for yourself at the original source. Especially with something like IG Horowitz’s report from earlier this week … you know, the one the media swore vindicated the FBI?

1) Always interesting to hear and read the news and then actually get the original sourcing. IG Horowitz says he did not claim there was no political bias in the FBI's Trump-Russia probe. He gave a very specific qualified opinion about one small slice of the opening of the probe. — Sharyl Attkisson🕵️‍♂️ (@SharylAttkisson) December 15, 2019

The media deliberately misconstrued what Horowitz said? Gosh, it’s almost like they have their own agenda or something.

2) Horowitz actually testified there was remarkable bias and misconduct throughout the FBI probe and political bias demonstrated by numerous players–all of which has been referred to Durham and FBI to address. I read the report. That's what it says. — Sharyl Attkisson🕵️‍♂️ (@SharylAttkisson) December 15, 2019

Remarkable bias and misconduct throughout the FBI probe and political bias demonstrated by numerous players.

George Soros and his backers (nations/groups hostile to The United States) must be astonished at how cheap they can buy the whores at the New York Times. 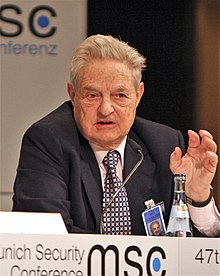 3 posted on 12/15/2019 10:37:44 AM PST by \/\/ayne (I regret that I have but one subscription cancellation notice to give to my local newspaper.)
[ Post Reply | Private Reply | To 2 | View Replies]
To: E. Pluribus Unum
What Horowitz said was that he found no document indicating bias...and that nobody he questioned admitted to bias.Of course the statement released by US Attorney Durham on the very same day that Horowitz released his report made clear that he,Durham,has spoken to people that Horowitz didn't and that he's visited locations that Horowitz didn't.
4 posted on 12/15/2019 10:38:19 AM PST by Gay State Conservative (The Rats Can't Get Over The Fact That They Lost A Rigged Election)
[ Post Reply | Private Reply | To 1 | View Replies]
To: blueunicorn6
must be astonished at how cheap they can buy the whores at the New York Times.

the NY Times doesn't need to be bought. It is already part of the deep-state, just as Pravda or People's Daily were part of the Soviet or Chinese Governments. It is a controlled mouth-piece that will say what it wants them to say.

I don't know why, but this immediately came to mind.

Horowitz was severely limited in his investigation.

The FBi has many attorneys working for it that are not agents, they are not even government employees.

They are subcontractors that directly work on, advise, and direct FBI investigations.

Horowitz is prohibited from talking to them.....

“how cheap they can buy the whores at the New York Times.”

Actually, they’d do it for free. They’d even pay for the chance.

George Soros is one of the lowest forms of life. Google his bio. Many governments still have him on their wanted list.

The only place that Horowitz reported no bias on was the initial filing of the FBI first FISA warrant.

This is strictly and absolutely truthful and correct.

This fact is going to be crucial and central do documenting the existence of a seditious conspiracy to frame the President and remove him from office.

The FBI was initially misled by the intelligence community on the Carter Page FISA filing, but soon after became a knowing participant of that conspiracy

The media were fed that spin and everyone of them snapped it up and ran with, including the vaunted Fox News. It was a blatant lie and those few who were paying attention to Horiwitz’s testimony knew it. No matter, the lie will live forever and the truth will die. Just another day in America, the Land of the Big Democrat Lie.

The corrupt mainstream media of today apparently was not taught (deliberately by their leftist instructors) how to put facts into their larger, proper CONTEXT. Nothing in the news that is complicated exists in a context vacuum so the Left teaches their student stooges how to cover it up by ignoring it.