In January 2018 the Oxford English Dictionary added to its normal definition of what has traditionally been a flake of snow, a feathery ice crystal. Now the OED snowflake is an overly sensitive or easily offended person or persons who believe they are entitled to special treatment on account of their supposedly unique characteristics. Life for them comes, or should come, with trigger warnings and safe spaces. Trigger warnings are needed to alert people that a text or image may be disturbing or upsetting. These were proposed at Cambridge University concerning Shakespeare, because of the sexual violence in some of his plays. Those safe places must be established so students can get together without being exposed to ideas and language that makes them feel uncomfortable.

The term “snowflake” has become more used and popular since the 1996 film Fight Club, staring Brad Pitt and Edward Norton. The author of the scenario claims he coined the word, believing that students today are more easily offended than in the past. The context is the passage, “You are not special. You are not a beautiful and unique snowflake.” Irrespective of the origin of the term, it has been widely invoked by discontented students in universities in the U.S. and the UK. But in counterattack, it is also used for evident parody, as displayed in November 2019 by a fake ad posted by the Oscar Café Bar in Dublin.

The ad stated the bar was currently recruiting for an experienced snowflake, self-entitled, oversensitive, self-righteous, and passionate, who has the ability to find and take offence for the most innocuous things imaginable. The candidate does not need to be able to work as part of a team, as some of the best work will be done alone, anonymously, and from the successful candidate’s bedroom.

A serious purge of academia is absolutely necessary. Its time to eliminate the crazy vermin that nest in departments such as women’s, black and minority studies, the progressive institutes on campus, the safe rooms and all the paid staff that maintain the nonsense. Real learning and research is not possible with these lowlifes disrupting serious people and indoctrinating the gullible who don’t belong in a true institution of higher learning.

Snowflakes make it so much easier for the psychiatrists.
No tests needed.
Just see if they are “offended” by anything.
If: Yes
Then: Mental problems
100% effective.
No false positives.

5 posted on 11/28/2019 6:13:50 AM PST by JusPasenThru (Phuque all Democrats.)
[ Post Reply | Private Reply | To 1 | View Replies]
To: Kaslin
People actually kowtow to these pussies, instead of fighting them. It's a paradox in that the snowflakes use their very weakness as their strength.

Apparently, to liberals, the less you have the more you're owed.

“A serious purge of academia is absolutely necessary. “

True. Governors and state legislatures need to start exercising oversight over state universities. Professors and administrators at these schools are state employees and should be subject to termination if they are not performing. Taxpayer money funds these institutions and the legislators are responsible for ensuring the people’s money is efficiently and effectively spent.

This snow flake problem started in the 60’s when the WWII folks wanted it to be better for their kids. Now there’s nothing wrong with that. The problem is that with each successive generation making things better for their kids actually equates to spoiling what we have today so rotten they are useless.

Academia is indeed part of the problem, but had these jerks not been pampered and allowed to wreck society via their spoiling, then things would not have accelerated so fast with the current bunch of loser snowflakes. 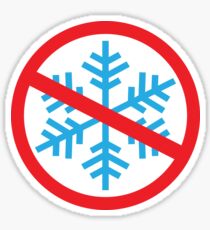 I was privileged to go to high school and graduate, then college for a BS degree. (1955)

My kids all got bach degrees , paid for by themselves with scholarships, loans, and grants.(1970s and 80s)

My grands got college and master’s, paid by their parents. These are the overprivileged brats who never send a Thank-you note for anything! They all hate Trump!

Three years ago, my moonbat aunt and her snowflake daughter posted a picture of themselves in Facebook wearing their vulgar pink hats at the women’s march and saying they were proud to stand for their rights.

We replied with a photo of my kids and I holding pistols and AR-15’s wearing NRA and Trump hats, a Hillary for Prison T-Shirt and a picture of Ronald Reagan in the background.

There will never be a utopia in this life on this earth. Human beings are different in kind from other animals, because they have the faculty of reason which allows then to be able to adapt successfully to unfavorable situations and environments, which animals are not able to do. Snowflakes have the mentality of animals who perish if their environment is not what they need to survive.

I want one!
...and not just because I live in Minnesota.

A snowflake with six arms! Haven’t seen one of those in awhile. (Other than the ones falling from the sky.) You win the internet!!!

Most (younger) people I encounter think they have eight!

Another definition of snowflake, used in data processing, is data presented such that no two records are in the same form. No two alike.

“Snowflakes” may consider themselves to be unique, but they all seem pretty much the same to me.

Ever hear of anyone working their way through grade school? Well, one of my grandparents (the one with the most money in the end) had to do that in 5th and 6th grade. After school, 4 hours. Saturday all day. Summers, all day 6 days a week. Live-in, and didn’t go home at all until widowed great-grandma married again. Graduated on time in 1934.
There are two kinds. Workers and shirkers. Seems to be a lot more shirkers with each generation, in any nation where the soil is rich and encouraging.

‘because they have the faculty of reason which allows then to be able to adapt successfully to unfavorable situations and environments, which animals are not able to do.’

completely untrue...animals have been adapting to hostile environments for millenia...

Maybe that’s why higher education costs so much now. All these worthless departments and admin positions that command high salaries, all part of the PC machinery.

“Maybe that’s why higher education costs so much now. All these worthless departments and admin positions that command high salaries, all part of the PC machinery.”

Even Karl Marx would spit on these....

A part of the bourgeoisie is desirous of redressing social grievances, in order to secure the continued existence of bourgeois society.

To this section belong economists, philanthropists, humanitarians, improvers of the condition of the working class, organisers of charity, members of societies for the prevention of cruelty to animals, temperance fanatics, hole-and-corner reformers of every imaginable kind. This form of Socialism has, moreover, been worked out into complete systems.

We may site Proudhon’s Philosophie de la Misere as an example of this form.
The Socialistic bourgeois want all the advantages of modern social conditions without the struggles and dangers necessarily resulting therefrom. They desire the existing state of society minus its revolutionary and disintegrating elements.