We haven’t seen E. Jean Carroll’s name in the headlines for a while, probably since she finished her recent book tour. But now she’s back, bringing a lawsuit against Donald Trump. But it’s not for sexual assault or anything related. It’s a defamation suit spurred by the President supposedly calling her a liar or at least suggesting she was being untruthful when she claimed that he had raped her in a dressing room at Bergdorf Goodman. She’s lawyered up and appears serious about moving this forward, so the tabloids should have a field day with it. (WaPo)

A writer and longtime women’s advice columnist on Monday sued President Trump, accusing him of defaming her this summer after she claimed he sexually assaulted her two decades ago in an upscale New York City department store…

“I am filing this on behalf of every woman who has ever been harassed, assaulted, silenced, or spoken up only to be shamed, fired, ridiculed and belittled,” said Carroll, who is seeking unspecified compensatory and punitive damages, in a statement. “No person in this country should be above the law – including the president.”

During a quick search, I was unable to find a clip or quote from the president specifically calling Carroll “a liar.” There was one exchange with a reporter where he said she was “totally lying” and another longer statement where he said, “Shame on those who make up false stories of assault…” None of that may matter though, because the definition of defamation for these purposes speaks more to the intent of the defamer than the specific words.

Unlike the claims of rape (which happened too long ago to bring charges), this claim involved something very recent and well documented. But would it rise to the level of defamation in court? That could be dicey. Keep in mind that Stormy Daniels also brought a defamation suit and a judge threw it out, saying that the President’s “rhetorical hyperbole” was political.

This all may come down to whether or not a court can be persuaded to believe that Carroll’s story is true. If there was no rape, then Trump can hardly be blamed for saying shes lying. If there was, then it’s possible she could prevail, but she’d have to show that he was maliciously maligning her in his denials.

Carroll didn’t do herself many favors during her book tour and all the times she went on cable news shows to tell her story. During several that I watched she frequently seemed confused and had a difficult time keeping her account straight. The waters were muddied further when one of the friends she told about the alleged incident recalled that she was “breathless and laughing” about it when she called to describe the encounter.

With the media being so absorbed in the impeachment circus currently playing non-stop inside the Beltway, I’m not entirely sure how much traction this story will get. And in any event, it will take quite a while before the lawyers get everything ironed out to the point where they’re ready to set foot in a courtroom. Just put a bookmark in it for now and we’ll circle back next year if the case makes any forward progress.

How. much did Soros pay her?

“No person in this country should be above the law – including the president.”

This won’t end well for her.

yes include Christine Ford Blakenly and the other people who make false accusation for political reason. They are NOT above the law either. Isn’t it odd who she is verbatim repeating the latest Democrat Fascist party PR line? “No one is above the law” which lying implies laws have been broken by the President.

Just the latest shake down con artist looking for a quickie payday.

One thing about Trump, he had good taste in women, never a dog in the bunch that I’m aware of.

Not this Fruit Loop again.

You can sue a famous person for calling you a liar? Defamation of character? No one knows who she is. I’d walk right by her on the street and would never notice...

Don’t lawyers have a duty to substantiate their clients claims before proceeding to trial?

Truth is an absolute defense against defamation. In a he- said, she-said dispute without corroboration there is no basis to claim defamation when one party is stating their perception of the event.

He was kind of slumming it with Stormy.

“You’re fascinating to talk to!”

President is immune from civil suits.

Maybe she should have checked with her lawyer before her publicist.

Perhaps, but she was pretty hot in her day. 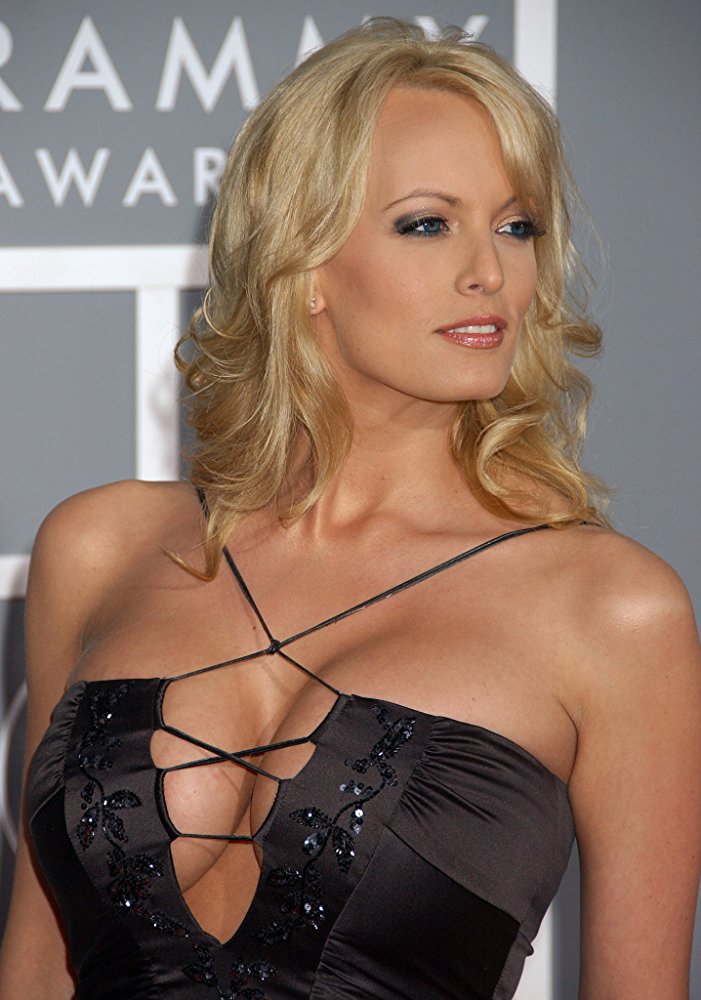