White House acting chief of staff Mick Mulvaney announced during a White House press briefing that the 2020 G7 summit will be held at Trump National in Doral, Florida, from June 10-12.

"We used the same set of criteria that previous administrations have used," Mulvaney said.

He said Doral was "far and away the best physical facility for this meeting."

President Donald Trump is sure to receive criticism and will face questions about whether he stands to profit financially from the large summit. Trump has received such criticism in the past for hosting foreign leaders, including China's President Xi Jinping, at his Mar-a-Lago golf club in Florida.

“All other reportage must wait at the gates.”

I think you hit on it. Outside the buildings of Doral it is very noisy being under the flight path of Miami’s huge airport. It will be just like Trump’s press briefings outside the White House with his helicopter revving up. Another plus would be that when the mucky-mucks are playing golf and discussing whatever they have to discuss, audio surveillance gadgets will be useless.

I asked how it was going to cost less.

“Or he could charge a rate that ONLY covers his costs so that he makes no profit.”

That is EXACTLY what Mulvaney said at the presser. It will be at cost - no profit - and will be 50% less than the other locations they looked at. Plus it’s a better setup than any other location.

Except, that the opposite is true.

No, Trump Is Not Losing ‘3 To 5 Billion’ Dollars From Presidency

Trump is not losing $3 billion to $5 billion. His income isn’t anywhere near $3 billion. And his net worth has not dropped by $3 billion since he went into politics—let alone $5 billion, which is more than he’s ever been worth. Forbes pegged Trump’s fortune at $4.5 billion in 2015. Today we estimate it to be $3.1 billion, a drop of $1.4 billion.

It doesn’t, that’s why no one like that location for the G8 that was held there.

I spent a day at Doral with my wife. We were visiting an old friend in town for some business.
They have a group of waterfalls used as jacuzzi’s that were incredible.
Maybe about a eight foot fall of a wall of water.
Get in under what ever part of your body you want and Oh My.
Heated to perfection, with waiter staff to bring you refreshments.
Oh yeah.

I’ve never been clear on the difference between grift and graft. Which one is this?

Cost 50% less then if held elsewhere

Obama hosted the last G-8 Summit held in the U.S. at Camp David in 2012. Obviously there's enough room for the necessary people.

Assertion based on what, exactly.

Mulveny announced it at press conference.

Gee, and that only happens on days that end in "y"...what to do?

WELL, GET USED TO IT. IT’S THE FIRST TIME WE HAD A COOL PRESIDENT WHO SURROUNDED HIMSELF WITH BEAUTIFUL THINGS AND HE IS GENEROUS ENOUGH TO WANT TO SHARE IT.

Yes. I thought he was very professional doing the presser.

Solution: The attendees must stay at the nearby Motel 6 and eat all their meals at Denny's or KFC to stop President Trump from this egregious behavior so as not to further enrage the Democrat Party/Left.

58 posted on 10/17/2019 10:50:29 AM PDT by glennaro
[ Post Reply | Private Reply | To 12 | View Replies]
To: DoodleDawg
Because I am pretty sure Trump has shown from previous meetings held there that he is 1) not gouging the govt, actually saving the govt money, and 2) that there is nothing illegal about it as he divested, or put in trust, all his holdings.

They just recently pulled that crap when some air force flight crews stayed in Scotland or Ireland and he saved the air force about $100 bucks per person per night compared to out in town to put them up at his golf course there.

Your not going to sway any voters, Trump supporters or Trump haters, over this. 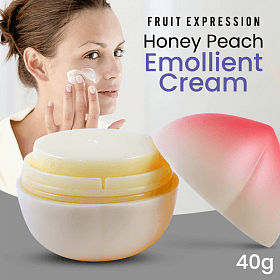