President Donald Trump's staunchest allies voiced outrage Monday after he suddenly declared that U.S. troops would allow Turkey to attack Syrian Kurds who have fought as U.S. allies for years to tamp down the Islamic State.

The president later threatened to destroy the economy of Turkey, a NATO member, if it goes too far against the Kurds. But that did little to mollify concerns overseas or in Congress after Trump announced that the U.S. would withdraw troops and get them out of the way of Turkish forces.

Sen. Ted Cruz of Texas said it would be "disgraceful if we sat idly by while Turkey slaughters the Kurds, as public reports suggest that Turkish leader Erdogan explicitly told President Trump he intends to do. Kurds risked their lives — for many years — to fight alongside us."

It’s nice to see Teddy stand up for non-Christian Kurds that are not US citizens against our soldiers whose lives are worth nothing to him.

3 posted on 10/07/2019 6:24:18 PM PDT by ConservativeMind (Trump: Befuddling Democrats, Republicans, and the Media for the benefit of the US and all mankind.)
[ Post Reply | Private Reply | To 1 | View Replies]
To: ConservativeMind

Ted hasn’t stood up for anybody so strongly since he made excuses for the antifa thugs who beat up Trump supporters at a Trump rally.

If you put a Neru jacket on Cruz he’s be a cult leader from Central Casting.

ISTANBUL - Senior German and European Union officials have finished a two-day visit to Turkey to save a migrant deal in an effort to avert a humanitarian crisis.

The number of migrants entering Greece from Turkey continues to surge, following a threat by Turkish President Recep Tayyip Erdogan to open the borders to Europe.

Erdogan is pressing Europe for support for his plans to resettle millions of Syrians in northeast Syria. Turkish forces are poised to create a 30-kilometer-deep corridor into the region. Ankara says the corridor is necessary to protect the Turkish border from the Syrian Kurdish militia, the YPG, which is designated as a terrorist group by Turkey.

Syria, Russia and Iran have raised questions over Erdogan’s plans for a mass return of Syrians, as Ankara remains at loggerheads with Washington over Ankara’s plans in northeast Syria.

Any atrocities by Turkey would unify Euros and us.
Very bad for Erd.

People jump to conclusions so fast...Wait and see what is REALLY going on before hand wringing and pearl clutching...

Isn't it convenient how no one differentiates between the PKK and "the Kurds" or "the Kurdish people." All interchangeable among the media/D.C./NY elites.

Also no one mentions how the Kurds themselves invaded Northeastern Syria, hoping to secure permanent land for themselves in the chaos. Fine, but don't expect U.S. forces to put themselves in harm's way for your territorial goals. We funded and armed them massively. Now let them slug it out themselves. 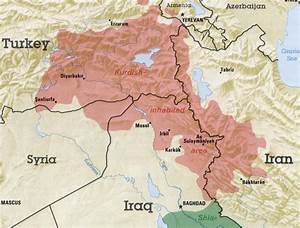 Some re-education on the Swamp is sorely needed.

This actually creates a Turkey, Russia-Syria-Kurd, Iranian-Lebanon, balance of power that will but a lot of pressure on Turkey and Iran.

Do not be surprised if Turkey lets all the prisoners “escape.” Erdogan shares their philosophy.

Many Americans died to capture them alive. It would be better to give them to the Kurds.

We can crush the Turkish economy, but that will not fix the issue of 20,000 ISIS prisoners being set free.

Then the "press" (not really) wonder why we hate them... and are putting them out of business.

Hope they all choke.

Enough of these turds!

President Trump sprung this on the War Hawks completely out of the blue. Right?

The man has been vocal against long protracted, never-ending wars for many years before he ever ran for president.

He stated repeatedly during his campaign he is against long protracted endless war.

He stated repeatedly that his position is IF war is necessary we go in with overwhelming force. Destroy the enemy and then bring our people home.

He stated repeatedly that he favors war only if our interests are threatened and that regional powers take care of their own backyard.

Problem is, Politicians are not used to a man of his word. Politicians are used to telling the people what they want to hear and then doing what the money being donated to their campaigns tell them to do.

Donald J. Trump IS NOT a politician. He has beliefs he actually and honestly believes and acts on his beliefs.

Politicians do not understand this way of thinking and acting at all. It is a foreign concept to them.

As a 26 year career vet I agree with our president completely. Let the regional powers handle their regional problems.