In 2010, Panera Bread launched a nonprofit called Panera Cares, a set of stores around the U.S. operated on a “pay-what-you-can basis.” The underlying assumption was that customers of means would pay more to support customers with less -- or even no -- money. The company opened five Panera Cares stores in St. Louis; Portland; Chicago; Dearborn, Michigan; and Boston. All had closed by February of this year.

Several articles and at least one business case have been published on the Panera Cares initiative, and different authors draw different conclusions. In Fast Company, for example, author Adele Peters characterizes the failure of Panera Cares as “a blow to the idea of conscious capitalism.” Vox’s assessment was more concrete: Patrons complained about the smell of unbathed homeless people in the stores, and employees were not qualified to handle behavioral problems and drug use in the bathrooms.

In the Journal of Business Ethics, business case writers Giana Eckhardt and Susan Dobscha mischaracterize customers' complaints but note that both "food secure" and "food insecure" patrons were unhappy with the Panera Cares experience. Some customers felt pressured to pay more than they felt they could. Others felt taken advantage of by "free riders." Those in need of free food felt profiled and singled out. And yet the authors claim that this was "not a managerial story of misguided execution."

To the contrary, that's exactly what it was.

Those of us who teach entrepreneurship could have seen this coming -- a textbook case of a business model based upon untested assumptions and "expert-centric" versus "user-centric" thinking. Panera CEO Robert Shaich launched Panera Cares based upon what he thought people would do. Had Shaich opened one Panera Cares store, tested his assumptions and adapted the venture on the basis of what he learned, he could have avoided multiplying those same issues in every Panera Cares store around the country and potentially even ended up with a successful venture. As it is, the entire venture failed; Shaich is disillusioned; and those studying the experiment are drawing false conclusions about humanity and capitalism.

Panera Cares was run by a private company, so after losing enough money, all of the stores were forced to close. But what goes awry in the private sector often goes awry in public sector as well. The critical difference is that public sector failures are almost inevitably attributed to a lack of money. "We just need to raise taxes!" the response goes.

That is a horrific error. Public policies constructed on failing assumptions will collapse just as surely as private companies will. Much more money will have been thrown away, and -- perhaps most distressing -- the underlying problem will not have been solved.

Homelessness in California is a perfect example.

Michael Shellenberger, an energy and environmental writer for Forbes, published a brutally honest and frankly shocking article just three weeks ago. According to Shellenberger, progressives (and he counts himself among them) bear much of the blame. "What happened in California isn't the first time that we progressives let our idealism get the better of us," he says.

He continues: "How did things get so bad in California? The state has long prided itself on being humanistic and innovative. It is home to some of the world's largest public health philanthropies, best hospitals, and most progressive policies on mental health and drug addiction. The Democrats have a supermajority. What went wrong?

"California made homelessness worse by making perfect housing the enemy of good housing, by liberalizing drug laws, and by opposing mandatory treatment for mental illness and drug addiction."

The trajectory Shellenberger describes is discouragingly familiar. Social reformers decided in the 1960s that mental illness is a social construct, not a biological reality. Zealous and strident, lacking scientific evidence but holding the upper hand in the court of public opinion, they pushed governments to close mental hospitals without alternatives, casting thousands upon thousands of mentally ill people onto the street. More radical reformers insisted that the problem of serious mental health could be cured with that progressive panacea, wealth redistribution. Community clinics popped up but failed utterly to treat the most seriously ill, despite being sinkholes of federal funds.

In California, the results have been catastrophic. According to the Los Angeles Times, the number of homeless people in greater Los Angeles is approaching 60,000 -- having surged 75% between 2012 and 2018. Human feces and urine are creating environmental and health hazards. Typhus and cholera are present, and experts fear the return of bubonic plague and even leprosy. One volunteer interviewed extensively by Shellenberger, Rev. Andy Bales of the Union Mission church, lost part of his leg to flesh-eating bacteria contracted while working among the Los Angeles homeless population on Skid Row.

Shellenberger notes that many progressives still refuse to see that homelessness is not an issue of poverty but overwhelmingly an issue of mental health and drug addiction. And despite increasing violence, California refuses to embrace nonvoluntary measures -- like incarceration or involuntary hospitalization -- that other states have successfully adopted. (Although that assumes that the needed hospitals and beds exist.)

Tax initiatives to provide housing have also languished. The state raised $1.2 billion in 2016, the funds earmarked to build 10,000 housing units. That aspiration collapsed when progressive activists demanded that the state pay between $500,000 and $750,000 per apartment -- complete with granite countertops.

The failure of Panera Cares and the human tragedy of homelessness in California have their roots in the same causes: a misguided sense of "compassion," complete lack of understanding of human nature, and money to throw at untested assumptions.

It's time we measure success by results, not intentions. We've failed enough times to have learned our lesson. And those we profess to care about deserve better.

Cool. Lunch at Panera in Los Gatos for $1.

It used to be common sense that if you encouraged and nurtured bad behavior, you would get more bad behavior.

No doubt that from Panera’s perspective it was a raging success. They got a ton of positive publicity from the effort and closing the stores won’t diminish that a bit in the eyes of the socially conscious-capitalists.

Let me be the first to say, hate to say I told you so.. That Panera became as successful as they are you’d think their mgmt would be ever mindful of one basic fact YOU DON’T GET NOTHING FOR NOTHING! All the wishful thinking and yearning for that warm fuzzy feeling from “making a difference” doesn’t change that.

After the Camp Fire, Chico reached out to the community of Paradise, offering shelter and some financial aid. The town is now filling up with transients from other states, including Texas. Some are being bused in. The result? A sharp spike in violence, drugs and gangs.

We need a new term for efforts like this; attempts that make the giver feel good at the expense of those they think they’re helping.

7 posted on 10/03/2019 8:33:16 AM PDT by 5by5 (ad)
[ Post Reply | Private Reply | To 1 | View Replies]
To: SeekAndFind
I have gone round and round about this before... I spent 25 years responding to calls involving homeless people. Yes there are homeless people who are mentally ill, and the proportion is higher than the general population, but the vast majority are not any crazier than the rest of us. And those people are making a deliberate lifestyle choice. The more attractive we make that choice the more people will choose that lifestyle. Also the more nonsense from out of control local building departments and other government agencies is artificially raising the price of housing. The overreach in regulation to protect completely nonproductive government jobs is making the problem worse.

The best way to deal with the homeless population is to not tolerate them and make their choice less attractive.

If President issued a Travel Advisory about visiting Los Angeles, San Francisco, Seattle,... watch them scramble to come up with a plan.

A month ago, I went to one of those Medicare informational meetings since I am getting close to 65. The invitation said to pick up a drink and come back to the private room and they'd charge it to the seminar sponsor.

When I tried to do just that, the metrosexual pony-tailed check out clerk put up such a hissy fit, I tried to pay for the damn drink myself. But he called the manager, who then summoned the sponsor, who them proceeded to have such a discussion over a damn $2 drink that I nearly walked out.

Bottom line was Panera doesn't do that anymore, even for legitimate customers who book a room as she had done before. And they expect to be tipped for this type of service?

11 posted on 10/03/2019 8:42:56 AM PDT by Vigilanteman (The politicized state destroys aspects of civil society, human kindness and private charity.)
[ Post Reply | Private Reply | To 2 | View Replies]
To: SeekAndFind
Those of us who teach entrepreneurship could have seen this coming

Kind of a lofty and arrogant statement. In fact, it should say, "Those of us who teach entrepreneurship have an ounce of common sense and decency could have seen this coming.

I am firmly in the....don’t care where you go but you can’t stay here....camp. Keep doing that til they’re out of town. I’m simply done with the homeless affecting how I live. 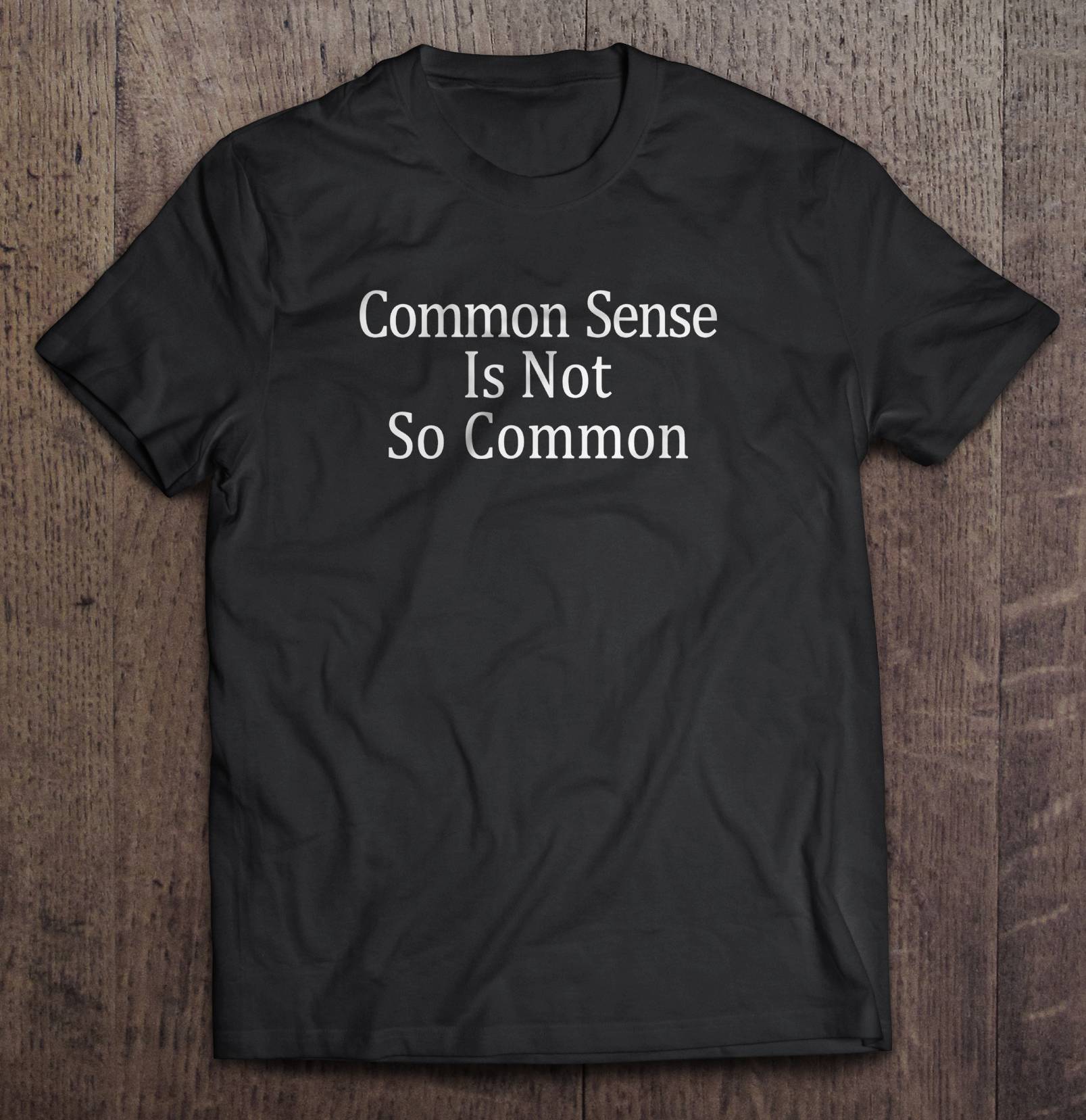 In a previous life, one of my vendors in New York put it a bit more pithily: “They may be derelicts, but they can always manage to stay at addresses the rest of us can’t afford.”

The Lord God found out at the beginning of His experiment of the Human experiment that the “good” life wouldn’t work. That’s why He had to try another plan. “Work” for what you need and you will be stronger and wiser. That seems to work better at this level of the experiment. God Bless us all.

I believe the word you’re looking for starts with “Cluster” and ends with a four-letter word that rhymes with “buck”.

“What happened in California isn’t the first time that we progressives let our idealism get the better of us,”

“What happened in California isn’t the first time that we progressives let our (naiveté and denial of reality) get the better of us,” Fixed.

The LORD warns not to oppress group #1. He warns group #2 to become wise!