There was a story long ago that when Mrs Palin was a sportscaster, she had a brief affair with.a University of Michigan basketball player (Glen Rice I believe). She didn’t deny it, and neither did he, but freepers were aghast at the thought that the pure then Miss Heath would engage in such activity — and with a black man no less! It was comical watching the height of the pedestal some put her on.

He never came close to winning.

Yes, lot of issues and pressure. The campaign, RINO’s on McCain campaign bad-mouthing Palin (Nicole Wallace) for one. Prepping her for debates and the leaks on her answers and how she stupid she was. Then the lawsuits that they had to pay for financially to defend; then she stepped down as Governor. Then her son came back from service, had PTSD, got into fights, domestic abuse, jail time. People were vicious over Trig who had downs. Her daughter, pregnant out of wedlock, their adult children’s own issues. Sarah has her own radio station I think at her home and then failed, etc.

Yes, I just think things have really taken their toll. I really think if she would of not ran and stayed as Governor then ran as Senator it would have spared their family so much pain over the last 12 yrs.

Anyone remember they announced they were moving South a few months back? Maybe she wants to be closer to the political battle and he doesn't.

I would agree with translation. Many guys in mid 50s get a sudden burst of testosterone (or think they do) and go off chasing young things. Trying to relive their youth.

Yes exciting indeed, tears of joy from my political posse when she got chosen, I was predicting it, man it seems so long ago now. 1st thread Sarah showed up in was about her winning the Governorship. I remember posting she's a cutie, VP material we should keep an eye on her, man among something like 20 something posters on that thread it was prophetic.

Now we are here and it is Sad. I have watched so many I know reach this point, prayers up for the whole fam so they all can heal. So much going on here, Trac, Empty Nesting, yes it is hard on a family, Todd's snowmobile injuries (lingering pain perhaps?), and yes growing older and the physical changes it brings. Those of us in that time frame are feeling many of these. Tough slog to keep it together, and that isn't w/out all the Antipha type goons and Soro's Lawyers trying to trip them up since 08' not to mention he who will not be named and what his team did and that other D-Nozzle now a Senator from Rome, I mean Utah, did to her to keep her out of the mix post 2008.

But I can't thank her enough, for the Schadenfreude. Because every day of the Trump Administration is the Palin Administration without the miniskirt. Think about it, they are so simpatico, man I'd of loved to have been a fly on the wall for the pizza get-together.

So if you are lurking Sarah, FR luv's ya, that's all ya need to know, you all will get through this. Personally, I hope I can get the chance to cook for you, as I had other family commitments back in 12' when I was asked too and couldn't do it, but that is another story for another day....

186 posted on 09/09/2019 6:02:20 PM PDT by taildragger ("Do you hear the people Singing? Singing the Songs of Angry Men!")
[ Post Reply | Private Reply | To 152 | View Replies]
To: dfwgator
I think in the end there were more driven towards voting for Obama, than those who were convinced to vote for McCain, because of Palin. Assuming McCain had a different running-mate, even so, I still think most conservatives would have held their noses than face the alternative of having Obama in the White House.

Remember that McCain was going to pick Joe Lieberman as his running mate until the GOP base revolted and he backed off. That's when he went with Palin. I don't think people would have held their noses for Joementum, they would have stayed home.

That was certainly the opinion of Charles Krauthammer ("The Palin selection completely undercuts the argument about Obama's inexperience and readiness to lead.... To gratuitously undercut the remarkably successful 'Is he ready to lead' line of attack seems near suicidal."), David Frum ("The longer I think about it, the less well this selection sits with me.... If it were your decision, and you were putting your country first, would you put an untested small-town mayor a heartbeat away from the presidency?"), and Peggy Noonan ("It's over... the most qualified? No.").

As for Palin "making them leap into the arms of Obama," I'd say that she was the target of opportunity of the MSM rather than anything she herself overtly did. From the Charlie Gibson interview as he looked down his nose at her while asking if she knew what the "Bush Doctrine" was, to Katie Couric asking her what she reads, it was a coordinated agitprop effort to turn voters away from the enthusiasm that Palin generated in the GOP base.

To the critics that said she didn't have the experience, I'd ask to compare her to Paul Ryan, who was Romney's pick four years later. At the time, Ryan was a six-term Representative from Wisconsin (from a district with about 700,000 people, Kenosha and Racine), elected in 1999. Ryan didn't have any leadership roles until after he was Romney's running-mate, except for chairing the House Budget Committee since 2011. Prior to joining Congress, Ryan held various aide positions for Republicans.

Contrasting to Palin, she first ran for office in 1992 for Wasilla City Council and won a four-year seat (Ryan was working as a waiter, a fitness trainer, and other odd jobs). In 1996, Palin ran for mayor of Wasilla and won two three-year terms (Ryan became a speech-writer for VP candidate Jack Kemp, and ran for Congress while Palin was running for her second term as mayor). Palin then ran in 2003 for the Chair of the Alaska Oil and Gas Conservation Commission and won that two-year seat (in 2000, the first of only two Ryan bills to become law was passed, renaming a post office in his district). In 2006, Palin became the ninth Governor of Alaska (the other Ryan bill to become law was passed in 2008, lowering the excise tax on arrow shafts).

I would say that Palin had the clearly stronger resume than Paul Ryan, but Ryan didn't get the same treatment that Palin got.

It's obvious by contrast that the establishment feared what Sarah Palin represented and made it a mission to take her out. It's also what they're doing to President Trump now.

And Paul Ryan became a Never-Trump backstabbing RINO who sabotaged the GOP's chances to hold the House in 2018.

I do think Palin did inspire Trump, I think she planted the seeds that convinced Trump to run for President.

No pardons is right on target as well.

Marriages can be complicated?

It's too bad that she was loyal to a fault with McCain. He might still have won his last election without her endorsement, but he didn't deserve what she gave him.

Still my favorite pix of Sarah, KC. I remember how many biddies here condemned that photo. I also remember Camille Paglia spoke highly of her. That was good enough for me!

As I have mentioned in the past, I am blessed with a Heavenly Wonderful Marriage of 22 years. It followed a previous marriage of 27 years where my previous wife filed.

I hope the Palins avoid being trapped into substantive comments or interviews. I know we will have hundred of “...sources close to X say...” type stories anyway.

I agree. McCain was too old and there was Republican fatigue after eight years of Bush.

Don't forget this one: 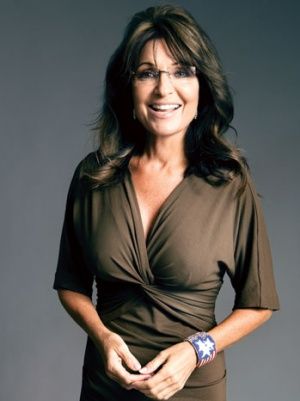 You put words in my mouth. I didn’t say he was not easy going at home. I would bet he is pretty much the same at home as he is in public. You are trying to simplify this and unless you understand people like him it is not simple.

Men like him are generally easy going at home and in public. What I was getting at is far deeper than that. There are things they do and don’t tolerate, doesn’t mean they throw a fit...not at all. If things are not to their liking they don’t expect the other person to change or bend to their will or anything like that. They think they need to make a change, if they feel it strong enough they are done.

Men like Todd are different than people expect them to be...they are not the tough acting guy in a bar or whatever, they are usually the more reserved guy that “tough guys” know to pay attention to or they soon learn. They are easy going but it is not weakness and they do not want to be messed with. Men like that don’t feel they have to prove anything to anyone and they are comfortable in their skin. The only time I have seen Todd look uncomfortable was during the McCain campaign appearances that were loaded with politicians other than Sarah. Even when the Palin’s had drama in their family, even after his wreck...he seemed to be dealing well with all of it, taking it in stride. Doesn’t mean he was not disappointed or not angry, just that he was able to deal with it better than a campaign situation. At the campaign events though he looked like a man that would love to duck out the side door and leave in his pickup. He didn’t want to deal with it, but was doing his best because he had loyalty to Sarah and class enough to go along.

I have even seen Todd when he was very angry, yet I am sure most did not see it. When the media and even the McCain people were trashing Sarah at times it looked to me like he wanted more than anything to punch someone. Which would have been fine with me, they were asking for it. He kept his cool though which is not easy when people are attacking your wife for their agenda.

I am going to say Sarah is pretty much the same at home as public too. I see Sarah as easy going too, didn’t say she isn’t. She is very strong, and an in charge person but she is basically the female version of Todd.

It could have been either one of them that decided they were done. I have no idea. There is a saying that describes them both, still waters run deep.