The U.S. Coast Guard said it was notified at approximately 2 a.m. on Sunday that the 656-foot vehicle carrier Golden Ray was disabled and listing heavily with a fire on board in the St. Simons Sound. The ship had a total of 24 people on board, including 23 crew members and 1 pilot.

TOPICS: News/Current Events; US: Georgia
KEYWORDS: Navigation: use the links below to view more comments.
first 1-20, 21-40, 41-60, 61 next last
The Port of Brunswick is the second busiest roll-on/roll-off port in the United States and the number one for new auto imports. Port of Brunswick is comprised of three deepwater terminals owned by Georgia Ports Authority, including two directly operated by the GPA.

AIS ship tracking data shows the Marshall Islands-flagged Golden Ray was outbound from the port when it became disabled. The ship has a destination of Baltimore.

We need car-carrier control. Those assault car carriers are really deadly. Why should a car carrier be allowed to carry so many cars. Isn’t one enough? And were those sacred environmental cars? Or were they the devils gas guzzlers?

A lot of questions to ask. Never mind the answers. The seriousness of the questions is what we should be concerned abot.

2 posted on 09/08/2019 4:45:09 PM PDT by spintreebob
[ Post Reply | Private Reply | To 1 | View Replies]
To: spintreebob
Additional information from a different source:
-
The Brunswick News
-
The vessel overturned sometime after 1:30 a.m. Sunday in the shipping channel just off the St. Simons Pier, between St. Simons Island and Jekyll Island, according to reports. The Golden Ray was attempting to turn right out of the port and move into the open ocean when it began “listing heavily” to its right side before rolling over on its left side, said Commander John Reed of Coast Guard Sector Charleston.
The ship was leaving the port with a load of 4,200 vehicles when the rollover occurred. Coast Guard officials would not speculate on the cause or contributing factors Sunday. 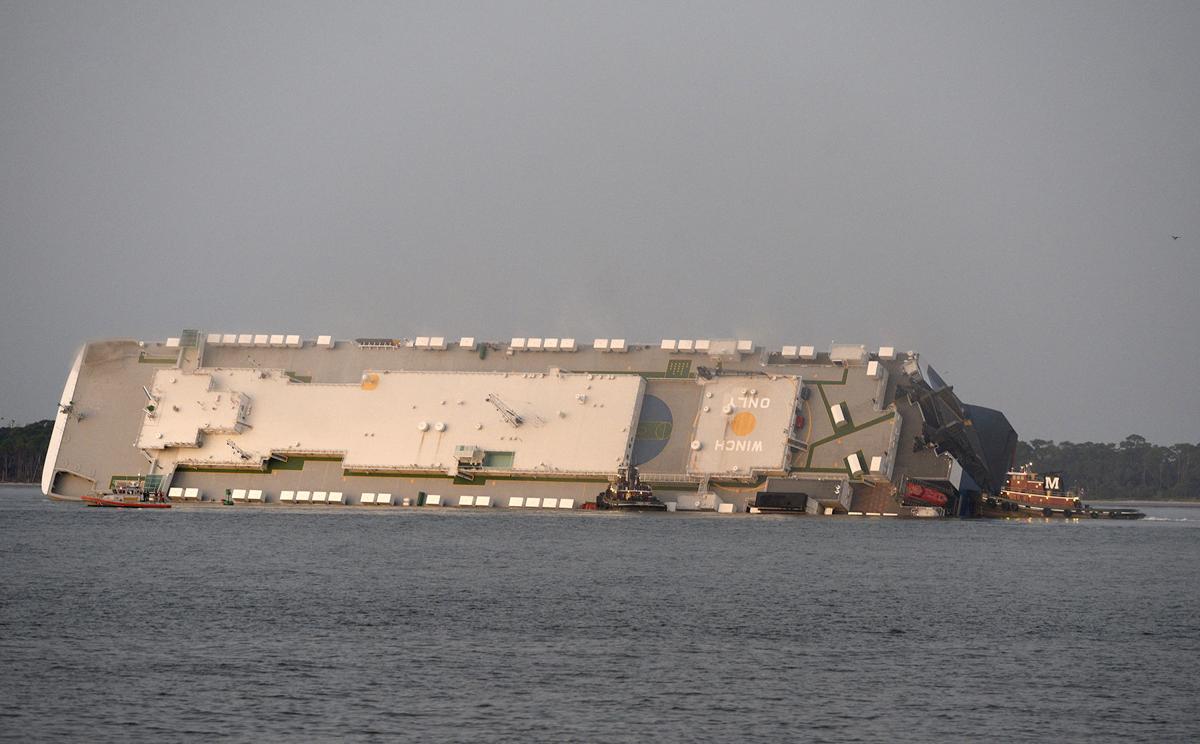 On the bright side, I know where you can get a Mercedes really cheap.

It rolled over on it’s side. If it had “capsized” more people would have died.

RORO...Roll on Roll off ships are notoriously unstable. Most sailors call them Roll on Roll over. Prayers for the families of the brave sailors who have been lost.

Soon environmental terrorists will claim, like Antifa, that the sinking of ships delivering vehicles with internal combustion engines is morally justifiable.

For real. It’s a shame but these cars will probably be scrapped due to potential liability. I hope they find the missing sailors.

it’s weird when people want to draw nearly meaningless lines in the sand, only to be completely wrong.

I wonder if they will destroy all the cars aboard ?

I remember there was some other car carrier ship that was angled like this and they scrapped every single car on the ship even though they were probably perfectly fine.

None of the parts were allowed to be reused.

They are hinting that the ship hit a sandbar while passing another ship coming into the harbor.

I guess I was being too technical by critisizing nautical terms. I was just making a point that thank God it didn’t roll over. Or did it?

12 posted on 09/08/2019 5:09:50 PM PDT by HighSierra5
[ Post Reply | Private Reply | To 9 | View Replies]
To: HighSierra5
They might have split up or they might have capsized
They may have broke deep and took water
And all that remains is the faces and the names
Of the wives and the sons and the daughters 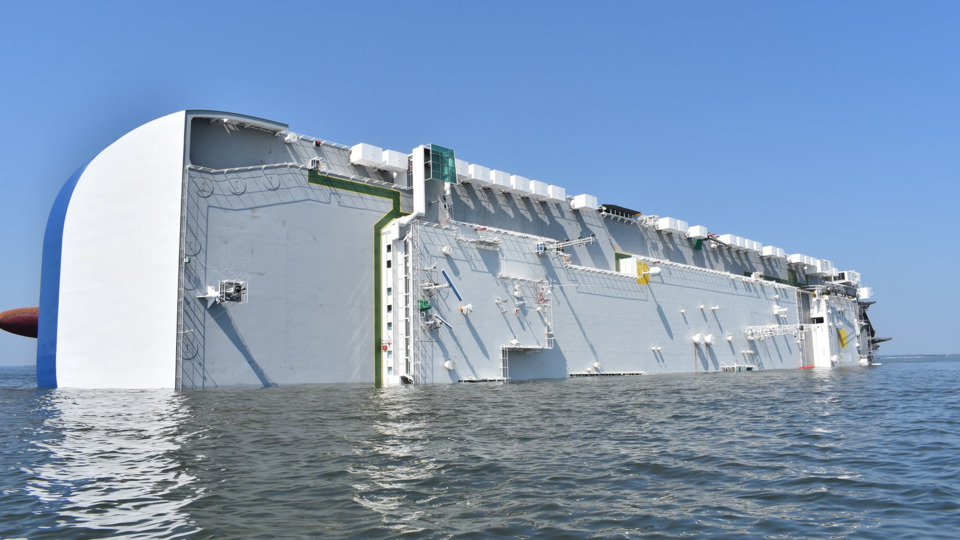 .....”The Golden Ray was attempting to turn right out of the port and move into the open ocean when it began “listing heavily” to its right side before rolling over on its left side, said Commander John Reed of Coast Guard Sector Charleston.” ....hmmmm...wonder if this old salt had to say “right” and “left” side instead of “starboard” and “port” side...so the journalists [sic] would understand what he was talking about....splice the mainbrace...!! (USN...1961-1967...)

Don’t know where the nearest Hyundai plant is located...
but there is a huge Kia plant in Lagrange, Ga.

Did a Tesla spontaneously combust?

That is “sunk”. Good thing it didn’t happen in deeper water.

Yeah. That’s why I’ve always been a landlubber. There’s a lot of big fish with big sharp teeth out there.

I don’t understand the reported heavy list to starboard followed by a keel-over to the port side.

I also don’t understand leaving port in Brunswick, Ga. headed for a port in Baltimore, Md.

I thought that was prohibited by the Jones Act.