The Only 2016 Campaign That Deliberately Colluded With Russians Was Hillary Clinton’s
The Federalist ^ | March 28, 2019 | Sean Davis

There was Russian collusion during the 2016 presidential campaign, but it didn't come from Donald Trump.

For more than two years, the campaign, presidential transition, and official government administration of Donald Trump operated under a cloud of suspicion that they had engaged in a treasonous conspiracy to steal the 2016 election from former secretary of state Hillary Clinton. Trump and his top associates were accused of collusion and of conspiring with the Russians to subvert American democracy.

The former director of the Central Intelligence Agency publicly declared Trump to be guilty of treason, an offense punishable by death. The former head of the Federal Bureau of Investigation, the country’s premier law enforcement agency, intimated that the president had illegally obstructed justice.

In the end, none of it was true. After a nearly two-year-long investigation that issued 2,800 subpoenas, interviewed 500 witnesses, and used nearly 300 wiretaps and pen registers, Special Counsel Robert Mueller concluded that there was no evidence of collusion by Trump or his associates.

But that doesn’t mean 2016 was free of Russian collusion. To the contrary, there is clear evidence that a 2016 presidential campaign willfully and deliberately colluded with Russians in a bid to interfere with American elections. It wasn’t Trump’s campaign that colluded with shady Russia oligarchs and sketchy Russian sources to subvert American democracy: it was Hillary Clinton’s.

TOPICS: Crime/Corruption; Government; Russia
KEYWORDS: clinton; collusion; dnc; fusiongps; hillary2016; russiagate; spygate; trumprussia
The article is from March 28, 2019 but it is very relevant today and the point needs to be repeated continually.

The Trump campaign DID NOT collude with Russia.

The Clinton campaign and the DNC DID collude with Russia. 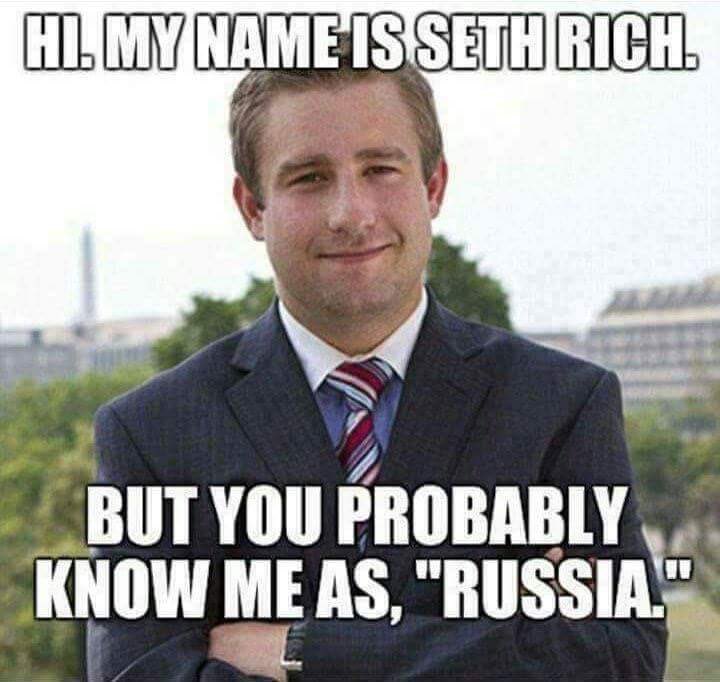 "It's like Lenin said, you look for the person who will benefit, and, uh, you know what I'm saying"

A pen register, or dialed number recorder (DNR), is an electronic device that records all numbers called from a particular telephone line. The term has come to include any device or program that performs similar functions to an original pen register, including programs monitoring Internet communications.

“It wasn’t Trump’s campaign that colluded with shady Russia oligarchs and sketchy Russian sources to subvert American democracy: it was Hillary Clinton’s.”

She DID sell them the uranium, didn’t she? SHE’S the one they wanted to be dealing with for the next 4 (8) years!

THAT partnership was already cemented and ready to go!!

Thanks detective. Not really news though. :^(

7 posted on 06/14/2019 11:16:23 AM PDT by SunkenCiv (Imagine an imaginary menagerie manager imagining managing an imaginary menagerie.)
[ Post Reply | Private Reply | View Replies]
Thanks so much for your support to this point... I personally apprecaite it...
FReepers, it's far beyond time to wrap up this FReep-a-thon.  Lets do it today.  Please chip in.

FReepers, 99.034% of the Second Quarter FReep-a-thon goal has been met.  Click above and pencil in your donation now.  Please folks, lets end this FReepathon.  Thank you!
...this is a general all-purpose message, and should not be seen as targeting any individual I am responding to...