I wonder if this is fake? It is very over-dramatic.

UPDATE: An exclusive interview with Hunter Kelly reveals that he was allegedly set up by known fraudster Jacob Wohl.

Hunter Kelly is a 21-year-old Michigan man who says he is not accusing Pete Buttigieg of sexual assault; in a Facebook post Monday night, Kelly said he was set up by a “political figure.” In a subsequent interview with The Daily Beast, Kelly confirmed that those political figures were in fact Jack Burkman and Jacob Wohl, two alt-right individuals. Neither Burkman nor Wohl have responded to The Daily Beast for comment.

Earlier on Monday, an account claiming the identity of Kelly published a post on Medium that spread on social media on April 29 accusing the South Bend, Indiana, mayor of sexual assault.

The Democratic presidential responded to the social media post by calling the accusation “made up” when asked about it by a reporter during a press gaggle on April 29.

He posted on Facebook to say he is not behind the Medium post and an associated Twitter account. “I WAS NOT SEXUALLY ASSAULTED. It’s important for everyone to know that I was not sexually assaulted and would never falsely accuse anyone,” the real Kelly wrote.

This isn’t the first time Burkman and Wohl have been accused of such behavior. In fact, the situation is similar to a right-wing smear attempt against Robert Mueller in October 2018, led by none other than Wohl and Burkman. It is also similar to a ploy to try to discredit The Washington Post by right-wing operatives in 2017, who sent a fake accuser against Roy Moore to try to trick the newspaper’s reporters into writing a story about her purported allegations.

People were asking earlier on the suspended twitter feed if it was really Jacob.

He shouldn’t have mentioned suicide...We may end up reading about his ‘suicide’ in the coming weeks. You know the one where the person shoots himself in the back of the head.

An expert in audio forensics contacted by The Daily Beast then examined the recording and confirmed that Wohl was one of the speakers.

“Our findings are that it is highly likely that one of the voice on the recording is Jacob Wohl’s voice,” Hafiz Malik, an associate professor of electrical and computer engineering at the University of Michigan-Dearborn, told The Daily Beast after analyzing the recording.

Malik and his graduate student compared the surreptitious recording to publicly-available recordings of Wohl speaking. The pair then matched similar words and syllables, comparing the voice prints in each case.

The stealthy recording was noisy—with hums in the lower register, around 60 and 120 hertz. So Malik and his student compared the “high harmonics,” and got a match.

208 posted on 04/29/2019 7:33:56 PM PDT by Brown Deer (America First!)
[ Post Reply | Private Reply | To 207 | View Replies]
To: HamiltonJay
will hold off on this one... anonymous folks saying they will give details later.... not saying its not legitimate, but given this guys sexuality, I would not put it past the left to plant a false flag to try to make his sexuality less of an issue.... Get a false accuser, debunk the false accuser, then anything around his sexuality becomes minor in comparison.....

Or, since this is like a teaser, perhaps it is a tactic to obtain money in exchange for silence, whether the assault happened or not. But if it is true, then giving a head-up to those who will attack does not seem wise.

False. Seems this was a very poorly executed plot to hurt Butt Judge by a couple of idiot knuckleheads who apparently used an alleged gay Republican as the “victim”.

Or else it was a very well executed false flag fake out by dem operatives to create sympathy for Butt Judge and make it seem like we’re ascared of him. The old double reserve Smollett.

Butt Judge is probably the worst rat candidate for turning out Blacks and he knows it. Which is why he had lunch with Al Sharpton today.

At college in Iowa 60 years ago, I heard it was a close relationship with a box with a hole filled with liver.

However, I hope it's true.

This kid mayor (Butt) has been going around being asked by reporters, "What question bothers you the most on the campaign trail? Really. I've seen him tell this 'fable' three times. And his answer was ALWAYS the same. He replied, "I don't like it when they ask me how I feel about being so ADORABLE."

Kid mayor looks like he belongs on the 1950's Mickey Mouse Club. 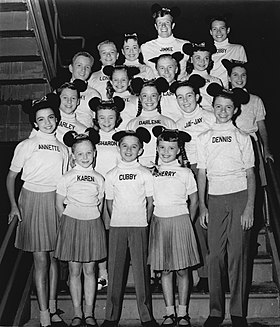 (The psychiatrist in me is thinking Kid Mayor wants we voters to think he is adorable. -- Okay, Cubby.)

Butt Judge had lunch to ask Al if he could find him some old .... 'Sweet Georgia Brown POMADE' for other uses.

Wohl should be behind bars.

Wohl and Burkman. The Dumba**tic Duo strikes (out) again!