Equality is a central value that unites us as Americans, and is enshrined in our nation’s legal motto, “Equal justice under law.”

It is egregious, then, to misuse that term, to use it to divide us and further inequality. But that’s what House Speaker Nancy Pelosi has done in naming her new proposal the “Equality Act.” Far from advancing equality, the bill would rob Americans of some of their most cherished liberties.

The Equality Act would add “sexual orientation” and “gender identity” as protected classes under federal civil rights law. But whereas the original Civil Rights Act of 1964 furthered equality by ensuring that African-Americans had equal access to public accommodations and material goods, the Equality Act would further penalize everyday Americans for their beliefs about marriage and biological sex.

Similar sexual orientation and gender identity laws at the state and local level have already been used in this way.

Here are five groups who would be harmed if the Equality Act were to become law.

The Equality Act would force employers and workers to conform to new sexual norms or else lose their businesses and jobs.

The most high-profile example involves Colorado baker Jack Phillips, whose case went all the way to the Supreme Court after the Colorado Civil Rights Commission accused him of discrimination on the basis of sexual orientation when he declined to create a custom cake for a same-sex wedding.

He’s not the only victim. Other cases involving disagreement over the meaning of marriage have involved florists, bakers, photographers, wedding venue owners, videographers, web designers, calligraphers, and public servants.

Now, Americans are being punished for their views on biological sex as well.

This woman now needs to be charged with treason.

Christians need to wake up and realize they are being criminalized by the Democrats.

Hey Nancy, turn over the gavel you stole

You frauds did not win the house in 2018

You frauds did not win the house in 2018

Plenty of time for PDJT to make that charge, no rush.

But I bet he will.

She does not want equal justice!!

Her party wants to REPLACE equal justice with equal outcomes.

Hey Nancy, I identify as a black, disabled lesbian woman who has “transgendered” to a sys white male who now wants to be referred to as “Your Majesty” and treated to all of the white privilege I’m entitled to while retaining the honor of being a member of the Apache Nation. Who are you to say I’m not entitled to all of the above?

I got tuckered out just reading your post! LOL!

This LGBTQ [ what the heck is Q ] is not going away. It has infiltrated into every aspect of society. Even Churches. The devil is getting as many people he can to take with him to the lake and fire. I was one of them. I thank Jesus for my salvation, my justification, and my redemption. I so pray for others.

Yes, look at what has happened to the Methodist Church most recently. The worldwide church affirmed what the Bible says but the Americans seem determined to ignore or overturn that.

At times it has meant queer and others, questioning, if I recall correctly.
blech 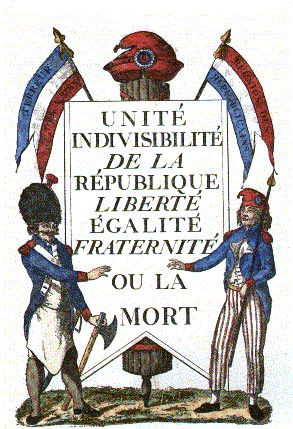 This woman needs to be excommunicated, now! She is a pariah to the Church and needs to repent, period.

You know what, no she doesn’t.

She’s perfect for that church, sorry to say.

What needs to happen is that she answer treason charges along with her cohorts.

Here’s the narrative I can’t quite pin down.

They’ve presented a “heads we win, tails you lose” proposition to us, and we swallow it.

Private businesses can do whatever the Hell they please, as long as it doesn’t break Constitutional laws, as far as I’m concerned.

I identify as a tall man who has bumped his head many times because the world is not built correctly for men over six two so I feel entitled to oh, let’s say two million dollars to compensate me for my troubles. Who is Nancy to tell me I don’t deserve to be compensated for my injuries due to the failure of those in charge to provide proper accommodations for people of height. Also I have had to have surgery to remove a malignant melanoma which was apparently caused by sunburn incurred as a youngster without sufficient melanin to protect me from the sun. Who do I sue?

Do I have your permission to use that descriptor for the next political survey phone call I get?