CHRISTCHURCH=Manacled and barefoot, Brenton Harrison Tarrant walked into a courtroom on Saturday and flashed an “OK,” widely seen as a symbol of white power, as he stood to face murder charges less than 24 hours after brutal assaults on two mosques in this city left at least 49 dead.

Police named Tarrant the primary suspect in what was the deadliest attack in New Zealand’s history — and one of the worst cases of right-wing terrorism in years — after the 28 year-old Australian allegedly stormed two mosques during mid-day prayers on Friday and mowed down dozens of huddling and fleeing worshipers while he streamed the killing live over the internet with a helmet-mounted camera.

Two others have been arrested in connection with the shootings: A second man, 18-year old Daniel John Burrough, was scheduled to appear in court later Saturday and face charges of inciting racial hostility or ill-will. A third accomplice remained unidentified.

The killing spree sundered life in New Zealand, a country celebrated for its low crime rate, and sent shockwaves around the world at a time when many countries are grappling with the rise in right-wing extremism.

During his hearing, which was closed to the public by Judge Paul Keller in the interest of safety — an unusual move for New Zealand courts — Tarrant did not enter a plea to the murder charge. He was dressed in white prison clothes and stayed silent throughout, smirking at the press, according to the New Zealand Herald.

Photos from the courtroom showed Tarrant standing in the dock, flanked by two police officers, shaping his right thumb and forefinger in a gesture that is widely seen as signifying white power. 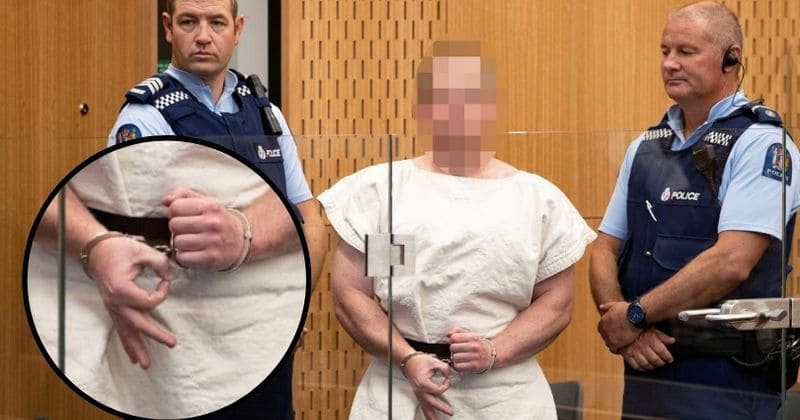 > shaping his right thumb and forefinger in a gesture that is widely seen as signifying white power.

This is why I don’t trust any claim by the media that I can’t personally verify. The origin of this was literally internet trolls who intended to bait the media into portraying the common “OK” hand signal as a “white power” symbol. As we can see from the continued repetition, the hoax was wildly successful.

And the lies from the fake news media keep on rolling.

Yeah, I thought that was an illuminati thing.

I’m right leaning gun owning independent and I vote to hang this murderer in public ASAP.

He is an internet troll... trolling everyone with various triggers

The usual group of Somali women and their children were noticeably absent from the local library today.

It was a quiet day. For once.

And in the end it won’t change one vote.

Sometimes I wonder how much billions in ads for presidential campaigns say anybody.

Seems like the final outcome isn’t much different than the polls at the VERY Beginning of the campaigns.

Why is his faced blurred in the image?

Don’t all right wing terrorists cut and paste portions of the leftwing environmentalist Uni-bomber’s manifesto word for word? I heard he did that ...I think Brevik did it, too.

Maybe in NZ they do it until the suspect is formally convicted?

Who calls himself an eco-fascist and thinks the People's Republic of China has the best government of all.

I wasn’t aware that a schizoid eco fecal freak was right wing...

Can you imagine these two faggots at MSN writing a screed like this after an islamic terror attack?

The author says the rise of right wing terrorism all over the world..that statement just about shows the absolute bisas of the media he should have just called him a Republican you know he wanted too now wait and some Republican Congressman will get shot up somewhere and the media will justify it.what there doing is trying to rile up some crazy leftist nut somewhere it only takes one and that’s who there targeting wilh this right winger bull shit..

BTW, why is it that “white” killers are always identified as “right-wing extremists” by Big Media,

while Islamic killers are merely labelled “extremists”, with no mention of the “Islamic” part? Ever??

That's just the way it is.

Tarrant said he hated conservatives and most admired Communist China in his manifesto.

Such agitators should face a firing squad once the dust settles after CW2.