Two wealthy Ecuadorian brothers, Roberto and William Isaías, who were owners of companies fined and ordered to shut down for illegally trafficking world-wide in aborted baby parts purchased from Planned Parenthood, were arrested by ICE on February 13, 2019. [snip]

Roberto and William Isaias, who fled Ecuador to avoid 8-year prison sentences, were principals in California companies DaVinci Biosciences and DV Biologics, and the two career criminals were allowed to stay in the United States by Hillary Clinton’s State Department under “suspicious circumstances” after they donated hundreds of thousands of dollars to Barack Obama’s 2012 campaign fund.

This could very likely explode!   One needs only to barely scratch the surface of the activities of our betters before abortion, child trafficking and related ghoulish behaviors quickly show us how disgusting, sinful and downright evil these people are.

I do believe the pressure cooker of corruption ready to explode. But I am not holding my breath as to anyone facing consequences. Seen this movie before.

Why couldn’t Mueller use his investigative process abuse skills for good and get these guys to squeal on other bad guys.

Jonathan Swift, thou shouldst be living in this day.

The founders were correct to exclude the children of foreign nationals from being President with the natural born citizen requirement.

But I am not holding my breath as to anyone facing consequences.

More Obama corruption that the media will ignore. They’d rather talk about how President Trump eats ice cream.

I think you are right. theses guys probably no to much.

10 posted on 02/27/2019 9:53:41 AM PST by PCPOET7
[ Post Reply | Private Reply | To 6 | View Replies]
To: rx
Hopefully, most of you would be aware that this kind of thing would make for a very typical Swamp interaction for wealthy people in a predicament with immigration status. It might go something like:

1. You're held at the border or find yourself in front of a judge for whatever reason, with the authorities questioning why or how it is you're apparently illegally where you are.

2. You have your lawyer contact the State Department or another lawyer who "knows how things work in D.C."

3. The wealthy person either indicates how much money has has available to make such a problem to away or, after State Department "does its due diligence," a potential solution comes down the line from some political officer and a satisfactory "contribution amount" is mutually found. In other words, "How much is it going to cost?"

4. Since the State Department doesn't have a credit card machine for large amounts, someone there will direct your lawyer to someone who can "help you."

5. In this case, a tidy donation to the Obama 2012 Re-election campaign in an amount that necessarily raised their eyebrows was arrived at--and paid.

6. A miracle happens! Some underling of ValJar gives a call to the right person at state and voilà! As if by magic, your troubles are o'er!

7. Now about that "due diligence" thingie, especially something like this, where there are "suspicious circumstances, there's certainly a ring of "that's going to cost you."

In a Reagan or Trump administration, if you're a purveyor of child body parts, you can forget it. In the Obama Administration, however, I'm sure the question was more along the lines of,"What's it really worth to you?"

>>were allowed to stay in the United States by Hillary Clinton’s State Department under “suspicious circumstances” after they donated hundreds of thousands of dollars to Barack Obama’s 2012 campaign fund.

So ICE arrested them, non-citizens I tak it? Donating hundreds of thousands to Obama’s 2012 campaign fund? Foreign influence much, Rats?

He gets TWO scoops!

There is a reason that there are so many smoking guns, and yet nobody of importance is brought down. The DOJ only goes so far up the chain.

14 posted on 02/27/2019 10:00:51 AM PST by robel
[ Post Reply | Private Reply | To 1 | View Replies]
To: rx
Roberto and William Isaias, who fled Ecuador to avoid 8-year prison sentences, were principals in California companies DaVinci Biosciences and DV Biologics trafficking in baby body parts .... the two career criminals were allowed to stay in the United States by Hillary Clinton’s State Department under “suspicious circumstances” after they donated hundreds of thousands of dollars to Barack Obama’s 2012 campaign fund. 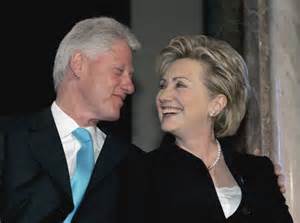 Remember when the "kindly, compassionate" Clintons (Bill was then-President)
assured America that abortion would be "safe, legal and rare?"

Oops. The kindly Clintons plumb "forgot" to mention that they
themselves opened the gates so that Planned Parenthood could traffic
(and profit) in baby body parts.

For example, the NIH budgeted $21 million in fiscal year 1999 for grants and awards for fetal tissue research. At the University of Washington, the NIH subsidizes the central laboratory for human embryology.

According to a lab notice obtained by WorldNetDaily, it “can supply tissue from normal or abnormal embryos and fetuses of desired gestational ages between 40 days to term. Specimens are obtained within minutes of passage, and tissues are aseptically identified, staged, and immediately processed according to the requirements of individual investigators.” The notice is signed by Alan G. Fantel of the department of pediatrics.

At the time, two organizations that profited from this growth industry were (the now defunct) Opening Lines, a business formerly located in West Frankfort, Illinois...... and Anatomic Gift Foundation, headquartered in Laurel, Maryland.

Opening Lines publicly gave credit to President Clinton for opening up the lucrative business in fetal tissue trade. According to Opening Lines, on January 22, 1993 (the infamous anniversary of legalized abortion---Clinton is not without an in-your-face governing style), Clinton lifted the moratorium on federal funding. “This action created a great demand for fetal tissue and has made possible the development of treatments for individuals afflicted with serious diseases and disorders,” says the Opening Lines sales brochure.

Both companies served as wholesalers for the marketing of baby body parts to researchers, drug companies, hospitals and universities. These groups harvest the baby parts from abortion clinics and ship them to their customers.

This story will be covered by the mainstream media in 3....2....never.

And here I thought illegals could NOT donate to Democrats:-)

18 posted on 02/27/2019 10:39:20 AM PST by Harpotoo (Being a socialist is a lot easier than having to WORK like the rest of US:-))
[ Post Reply | Private Reply | To 1 | View Replies]
To: DannyTN
Why couldn’t Mueller use his investigative process abuse skills for good and get these guys to squeal on other bad guys.

I am going to guess this was rhetorical, but for those who haven't been following Mueller's escapades, I am going to say that it would lead back to Obama. And that can't happen, even under a Republican's watch.

There is no justification whatsoever for such disparity of justice!   I don't think the American people will long wait for "equal justice for all."