When this idea was first proposed it was deemed to be a non-starter right out of the gate. The President wanted migrants presenting themselves at the US border with Mexico to wait in that nation while their applications for entry were processed since detention facilities to hold them on our side of the border were strained well beyond capacity. The previous Mexican administration wanted nothing to do with it and the liberal cohort on our side of the border described it as inhumane.

Now, with AMLO in office, we’re seeing yet another shift in policy. The Mexican government seems to be increasingly accommodating and they’ve agreed to President Trump’s “remain in Mexico” policy, at least in the short term. (Free Beacon)

The Trump administration announced a new illegal immigration policy on Thursday, where migrants seeking asylum in the United States must return to Mexico while their claims are processed.

Department of Homeland Security chief Kirstjen Nielsen cited emergency powers under the Immigration and Nationality Act as she revealed the new measures, according to the Washington Post. She told Congress that immigrants entering the country illegally or without proper documentation will go to Mexico “for the duration of their immigration proceedings” and called the policy “historic.”

Mexico’s Foreign Relations department agreed to the policy and called the move a temporary, humanitarian one.

The entire goal here, basically since the beginning of this administration, has been to end the catch and release policy which has been in place for far too long. Decades of bitter experience have shown us that illegal immigrants who are detained in our country and released while awaiting a court date frequently do not show up, simply disappearing into the interior of the United States.

This policy shift on Mexico’s part addresses most of the major concerns. Their Department of Foreign Relations stated that the members of the migrant caravan will be approved for work permits, allowing them to find temporary jobs in Mexico so they can see to their basic needs while their applications are being processed. They will also remain eligible for public assistance. Those who are not approved for entry into the United States will find more opportunities to remain in Mexico permanently and establish new lives there.

Anticipating the inevitable protests from the left, we should ask what the problem with this policy is if both countries agree to it. If you claim that forcing the migrants to wait in Mexico is somehow a violation of their rights you’re basically saying that you think Mexico is an unfit, unsafe final destination. (Echoes of arguments about ****hole countries come to mind.) Mexico may not represent the same level of security and opportunity as America, but it’s clearly a step up from Honduras or Guatemala.

What we’re seeing here is a careful attempt by Mexico’s new president to build on his country’s existing relationship with the United States. Showing a little deference to the American President can go a long way towards better trade deals and the possibility of foreign aid rather than facing a combative leader across the border. If this helps stem the tide of illegal immigration while we work out the border security situation, we should chalk this up as a win and encourage further cooperation from that country’s new leader.

Gee what a concept...making people wait in their own countries until the US govt completes the processing of an application to enter our country...

And the countries got a pile of US tax dollars to force them into it.

It’s not “historic” policy, and I don’t
understand why it hasn’t been implemented
previously.
Section 235 (b)(2)(C) of the Immigration and Nationality Act.

“(C) Treatment of aliens arriving from contiguous territory.-In the case of an alien described in subparagraph (A) who is arriving on land (whether or not at a designated port of arrival) from a foreign territory contiguous to the United States, the Attorney General may return the alien to that territory pending a proceeding under section 240.”

6 posted on 12/21/2018 9:49:58 PM PST by CivilWarBrewing (Get off my back for my usage of CAPS, especially you snowflake males! MAN UP!)
[ Post Reply | Private Reply | To 1 | View Replies]
To: Tennessee Nana
Gee what a concept...making people wait in their own countries until the US govt completes the processing of an application to enter our country...

We shall assume you are WHITE; from British lineage; right? 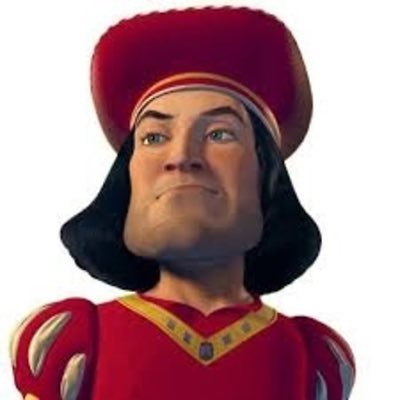 I dint haffa take no test to see iff'n I was qualified to vote!