Social media was set ablaze Tuesday night after a former long-time boyfriend of Dr. Christine Ford told the Senate Judiciary Committee that he witnessed Dr. Ford coaching a friend named Monica McLean on how to take a polygraph examination.

This is in direct conflict with Christine Ford's testimony under oath to the the US Senate.

The boyfriend, who has since been identified as Brian Merrick, wrote the Judiciary Committee about the relationship:

Here is the letter to Grassley via Benny Johnson: This was on Saturday after the Thursday Ford testimony.

Fred Walton pointed out that the two dated in the 1990s.

What might these witnesses say ? Brian Merrick - ex boyfriend of Ford. The two dated for eight years apparently in the 1990s- he says she never mentioned incident to him. 1 https://t.co/XGhkwobDoV

So this is likely the same boyfriend who wrote the letter to Senate Judiciary Chair Chuck Grassley.

Brian Merrick was interviewed by the Wall Street Journal for their article on Christine Blasey Ford that was published on September 19th -- EIGHT DAYS before her testimony in the Judiciary hearing.

And on September 26th, the day before her testimony in Washington DC, the Malibu Times wrote about Ford's relationship with Brian Merrick.

Ford was a Malibu resident; she attended Pepperdine University in 1991 and received a master's degree in clinical psychology. She later taught at the university between 1995 and 1998.

During this time, she dated fellow Pepperdine student Brian Merrick, who is part of one of Malibu's founding families as the youngest son of the late Judge John Merrick.

The two dated for eight years, as reported by the Wall Street Journal. During their relationship, Merrick stated Ford had never mentioned the assault.

It now seeme likely that the Judiciary Committee KNEW that Christine Blasey Ford dated Brian Merrick and KNEW she coached a friend to take a polygraph test years earlier.

Prosecutor Rachel Mitchell knew this and walked Christine Ford into a nest of lies.
Via Charles Cooke at National Review:

"it seems clear that Rachel Mitchell knew some of this during last week's Senate hearing, because she asked Ford two extremely specific questions on the subject of polygraphs. They were:

MITCHELL: Had -- have you ever given tips or advice to somebody who was looking to take a polygraph test?

MITCHELL: Have you ever had discussions with anyone, beside your attorneys, on how to take a polygraph?

Ford also told Mitchell that she was "scared" of the test, and "didn't expect it to be as long it was going to be."

Prosecutor Rachel Mitchell and the Republicans on the Senate Judiciary Committee knew Ford lied about the polygraph tests.

Michell gave Christine Ford enough rope to hang herself... And she did.

TOPICS: Crime/Corruption; Government; News/Current Events; Politics/Elections
KEYWORDS: ford; kavanaugh; latetotheparty; mclean; mitchell; onemoretime Navigation: use the links below to view more comments.
first 1-20, 21-32 next last
I wonder if any Repub Senators were listening to her testimony and when she said, "Never," they thought, 'Gotcha.'
1 posted on 10/03/2018 7:15:50 AM PDT by servo1969
[ Post Reply | Private Reply | View Replies]
To: servo1969

Hopefully the FBLIE will treat her as they treated Manafort and Trump’s lawyer.

Now we know why President Trump ‘ordered’ the FBI investigation, and why he said it may turn out to be a blessing in disguise. 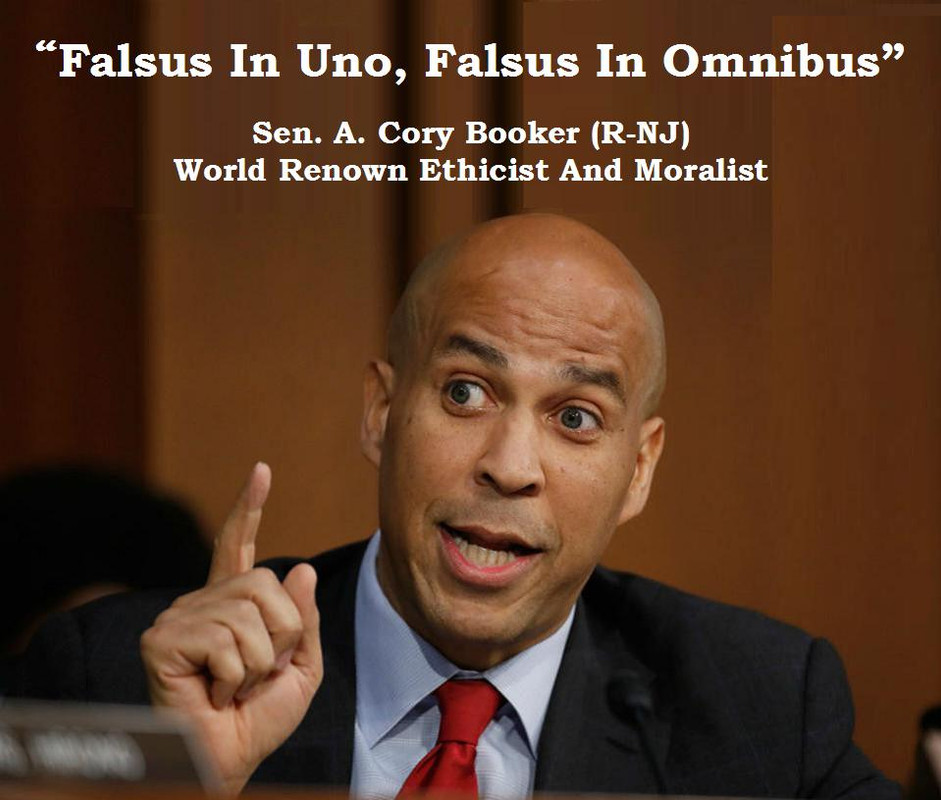 No doubt about that. However, at least one R on the committee probably thought, "Damn".

I’m skeptical about “Q” but “Q” was certainly correct in stating, “these people are stupid.”

It would be a masterstroke if they did set her up and intentionally kept their powder dry on this info unless needed. But it is also good deductive reasoning, given a witness who has a PhD in Psych. And this was far from Mitchell’s first rodeo...

The “Falsus in uno, falsus in omnibus” question (and answer) was from Senator Richard “Danang Dick” Blumenthal.

Well if the GOP committee members knew it would explain why Flake stated his Kavenaugh is rude and lacks the temperament BS. Flake wants to vote NO in the worst way.

I think it was Blumenthal the Cadaver not Booker who asked Kavanaugh about the meaning of that phrase. 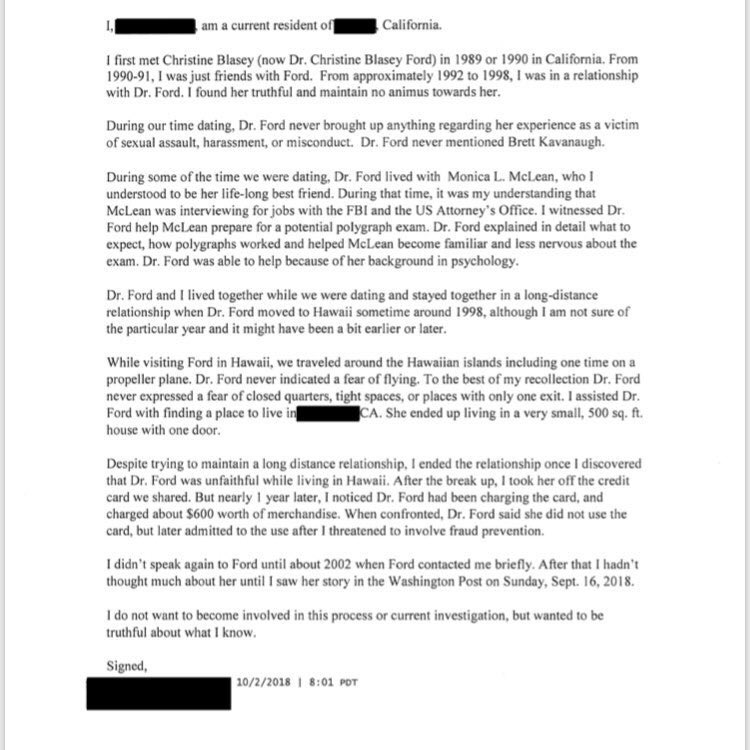 I’ll bet the media is reading this letter all over the news today.

Wow. If this is true, is Ford going to be prosecuted?

Perjury is a serious offense, Grassley is requesting more info, the media has refused to report this.

“I have NEVER had Christine Blasey Ford, or anybody else, prepare me, or provide any other type of assistance whatsoever in connection with any polygraph exam I have taken at anytime.”

Flake is and has been an embedded Democrat in the Republican Party and he continues to play the dopey right like a fiddle. Seriously, I hope nobody is counting on his vote.

Same reason she cheated on her boyfriend and denied about using his credit card.