NO BLUE WAVE: A Midterm Election Preview For The House of Representatives
Daily Caller ^ | 07/25/2018 | Keith Naughton

Just a few months ago Democrats envisioned a “Blue Wave,” gaining 40-50 seats. Today their expectation have been tempered – and for good reason. Since 1946, Democrats have gained an average of 21 seats in the midterms when the president is a Republican. That gain would not be enough for a majority, where the Democrats need to gain 25 seats.

Using election data since 1946, on average the president’s party (Republican or Democratic) loses 21 seats in the first midterm election. But that average masks big swings, from a 63-seat loss in 2010 to an 8-seat gain in 2002. The median loss is just 15 seats. The current partisan makeup is 236-193 with 6 vacancies. RealClearPolitics puts Republicans as favorites in 202 seats, Democrats in 199 seats with 24 tossups.

One thing is for certain, the president’s party struggles in midterm elections because that’s how politics works. Presidents get elected by making a lot of promises to get elected. The result? The president’s voters can never be fully satisfied less than two years into a given presidency. Some of those voters drop out, while the opposition becomes united, not in policy preferences, but just in opposition to the president they didn’t vote for.

Both current polling and the historic data point to a very close result on Election Day. The biggest Democratic seat gain since the 1974 Watergate election (+48 seats) was the 2006 Iraq War election. With Trump polling at higher popularity than Bush in 2006, it seems likely that the Democrats will not surpass their 31-seat gain. That leaves very little margin for error to obtain a majority.

TOPICS: Extended News; News/Current Events; Politics/Elections
KEYWORDS: 2018election; 2018midterms; 2020election; bluewave; congress; election2018; election2020; everclearpolitics; fakepoll; fakepolling; fakepolls; midterms; realclearpolitics Navigation: use the links below to view more comments.
first 1-20, 21-32 next last
The author expects a very close result in the House. But anything is possible, including a Dem majority in the House. Even a tiny Dem majority will stop meaningful investigations of the FBI, DOJ, Obama, etc. So maybe it's better for conservative voters to believe the "Blue wave," to motivate them to vote.
1 posted on 07/25/2018 8:19:15 PM PDT by ding_dong_daddy_from_dumas
[ Post Reply | Private Reply | View Replies]
To: ding_dong_daddy_from_dumas
Nothing like needless anxiety to make our lives so much better.

What do the DemonRats stand for? Depravity, murder & theft.

TRUMP has a diehard fanbase like no other Republican President!

I see Republican voters turning out in droves for TRUMP! NO BLUE WAVE!

As much as I detest most of the GOP I also know that giving the House back to the Commiecrats is unacceptable! 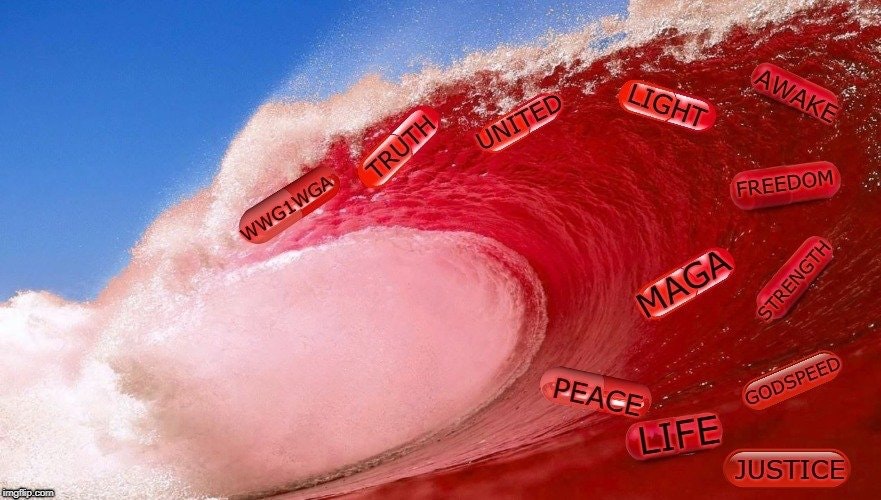 There will be no blue wave.

Now keep in mind that even dnc stooge Larry Sabato has said that dems have to be north of +6 or 7 to even have a chance of taking the House.

And the always ridiculous Quinnipiac +12 dems

The RCP average of the generic ballot is +7.2 dems(and that’s skewed by Quinnipiac).

Take out the Quinnipiac poll and the generic ballot average is +6.57 dems.

Also, Rasmussen is the only one polling likely voters.

Until Nate Silver anoints the numbers, I do nothing.

LOL! That sums it up quite nicely!

I expect GOP gains in this midterm.

This guy totally discounts our once in a lifetime President, Donald J. Trump. As with everything right now, he’s turning it all upside down.

12 posted on 07/25/2018 9:12:37 PM PDT by vette6387
[ Post Reply | Private Reply | To 1 | View Replies]
To: ding_dong_daddy_from_dumas
Presidents get elected by making a lot of promises to get elected. The result? The president’s voters can never be fully satisfied less than two years into a given presidency.

President Trump has totally defied that conventional wisdom -- he has fulfilled more of his campaign promises than any other president I know of. That has really energized his own party members where he's at nearly 90% approval. Of course he has really ticked off the outlandish opposition. How will the independents break?

On one side we have promises kept and a booming economy. On the other: impeachment , no borders, higher taxes and worst of all---more deep state.

It spells a mild to significant red wave.

My intuition says the GOP is going to crush it this coming November ... While my instinct is not quite as strong it was in 2016 that Trump was going to win (thereby impelling me to bet big bucks on predictit.com, which had stupid odds that Trump was going to lose), I believe the tea leaves all point to a historically unlikely midterm win by the party in power.

I see at least thirty reasons why the GOP is favored over the Dems for the 2018 midterms:

1. A booming economy ... one of the best since WWII, and one that quickly materialized, even after decades of chronic under-performance and low-level recession during the lackluster Bush/Obama decades.

2. Major tax reform benefiting regular folks and super-charging the economy, most of whose benefits have yet to even arrive, e.g., hundreds of billions of repatriated profits still arriving onto our shores from the rest of the world and which have yet to be invested into domestic manufacturing infrastructure.

6. Trump QUICKLY destroyed ISIS, but otherwise kept us out of foreign wars and fruitless and ridiculously expensive “nation building” exercises in shithole countries.

8. Implacably fighting back against the leftist fake stream media, driving them to such extremes of rage that they have now lost all credibility with the regular folks and now have lost early all ability to influence people’s beliefs.

9. GOPe/RINO/Globalist anti-Trumpers exposed and going down the toilet.

12. Forced NATO nations to pay billions more of their share, with more to come.

13. Temporary tariffs have panicked the EU into complete capitulation, with Canada and China soon to follow. Mexico is not far behind with U.S. threats of withdrawing from NAFTA all together if Mexico doesn’t cooperate.

15. CAFE standards about to be rolled back.

17. Already appointed one strict Constitutionalist to SCOTUS, with a second soon to follow.

20. Cracked down on illegal immigration in general, stemming the flood from Mexico.

22. Strong supporter of Israel, including moving U.S. embassy to Jerusalem.

24. 24% reduction in UN payments, including playing hardball at every juncture at the UN.

25. Trump’s election and the Clinton’s resultant loss of their singular iron grip of the Dem Party has effectively destroyed the Dem Party, which has no platform at all except “Trump is evil”, has now lost all party discipline, splintering into internecine infighting and allowing its lunatic and radical socialist, anti-capitalist,anti-law-and-order, anti-border, anti-nationalist, anti-American wings free rein to dominate the national media and national conversation,thus exposing the Dem party to the nation at large as a radical, anti-American party that’s totally antithetical to traditional American values cherished by the great majority of our citizens.

26. Trump’s successes and Dem excesses have triggered the “walkaway” movement with Dems of every generation and socio-economic status publicly leaving the Dem party.

27. Millennial and younger voting generations are now equally split in support of Pubs and Dems, which is unprecedented; plus, Millenials and younger are not likely to vote in the midterms anyway.

28. National Dems are having extreme difficulty with fundraising, while the national GOP has record fundraising.

29. The GOP is more trusted on economic and national security issues than the Dems.

30. Trump’s approval numbers are higher at this point than Obama’s were at this same time in his first term, despite the universal leftist fake stream media’s adulation of Obama then, and their universal hatred of Trump now.

Thus, nearly all the political winds are pointing to a crushing defeat of the Dems in 2018.

Lets hope those generic polls close as we get into the fall.

#1, the booming economy. The trouble is that some of the Wall Street prices are inflated, and in fact said prices are based partly on investors’ beliefs and feelings. Corrections are inevitable, and I hope that a huge one doesn’t happen before November. Fortunately, unlike 2007, it seems that now, those crazy instruments based on bad mortgages are not in the picture. But crashes and corrections have always happened from time to time.

This ain’t no average year. Trump has been keeping his campaign promises at amazing speed.

Trump will drive that average down.

RealClearPolitics puts Republicans as favorites in 202 seats, Democrats in 199 seats with 24 tossups.