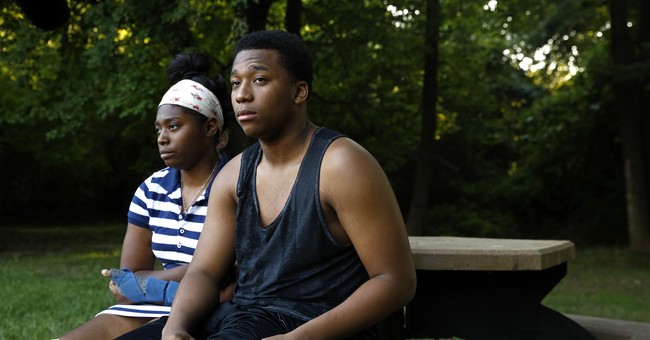 Writing last week about the opioid crisis, I suggested that, as we consider policy options for dealing with the problem, we consider that at least some part of it may reflect a spiritual, moral crisis in the country.

We can look beyond the opioid crisis and see a broad, disturbing picture pointing to a social and spiritual crisis among our young men.

In 2016, Nicholas Eberstadt, a scholar at the American Enterprise Institute in Washington, D.C., published a book called "America's Invisible Crisis: Men Without Work."

He discusses what he calls a "flight from work" in which droves of our male population have disappeared from the work force.

The Bureau of Labor Statistics just issued its new jobs report, and the results were heartening. Data shows a return to growth in jobs in the American economy and return to the work force of many who dropped out during the years following the recent recession.

The labor force participation rate of prime-age working men ages 25-54, that is, the percentage working or actively seeking work, was 89.3 percent in February 2018.

However, Eberstadt points out that average labor force participation rate of these prime-age working men in 1965 was 96.6 percent.

"Expressed another way," says Eberstadt, "the proportion of economically inactive American men of prime working age leapt from 3.4 percent in 1965 to 11.8 percent in 2015, and remains at 11.5 percent today."

By my own calculations, almost 5 million prime-age working men have disappeared from the work force.

The U.S. population of men 25-54 today is 64.5 million. If their work force participation today was 96.6 percent, as it was in 1965, 62.3 million would be working or actively seeking work. But today's reported rate of 89.3 percent indicates that there are now 57.6 million prime-age men working or actively looking for work -- 4.7 million less than there would have been at the 1965 rate.

How are these millions of men who have dropped out of the work force sustaining themselves?

According to Eberstadt, they get help from friends, family, and, of course, government.

Using Census Bureau data, Eberstadt reports "as of 2013, over three-fifths of prime-age men not in the labor force lived in homes that relied on at least one means-tested program for income. Some 41 percent of these men lived on food stamps, while just over half reported using Medicaid, a noncash benefit program."

Additional Census Bureau data, according to Eberstadt, shows that "in 2013, some 57 percent of prime-age unworking men were getting benefits from at least one government-disability program."

What is the profile of these prime-age unworking men?

They most likely have no more than a high school diploma, are not married, have no children or are not living with children they may have, are born in the USA and are black.

Although overall the workforce participation rate for black men is lower than that of white men, the cultural dynamics at play are more fundamental driving factors of what's going on than race.

For instance, Eberstatdt points out that "labor-force participation rates for white men today are lower than they were for black men in 1965."

Also, the labor-force participation rates for never-married white men are consistently lower, by about 3 percentage points, than for married black men.

We are paying a large social price for the widespread collapse of Christian values -- in particular, the values of marriage and family. And our young men may be disproportionately bearing the brunt of this.

“Single Mothers” AND “No Fault Divorce”.

The spoils of militant feminism. 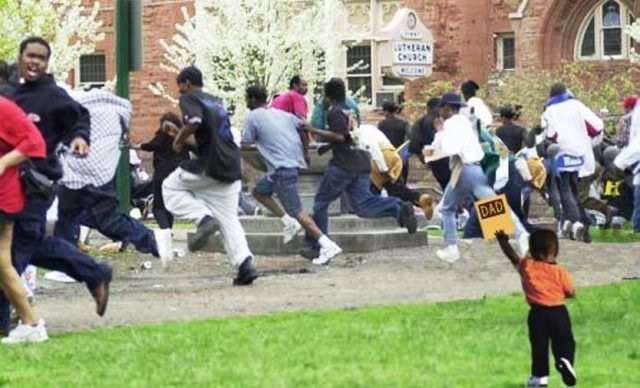 I think the medical term is pussification.

The liberal Public School system and liberal Colleges give the impression that boys and young men are invisible/expendable/not worth bothering about.

How to effect real change:

Stop paying people to not work with tax money extorted from people who do work.

Don’t forget what the sexual revolution did to marriage and having sex. What buy the cow when you can get the milk for free?

They’ve been “socialised” and “democratised”

Widespread lack of military service as well — serving at least gave many young men a skill, broke their defiant attitudes and taught them how to get up in the morning .... none of that going on much anymore anywhere.

I think the medical term is pussification.””

This whole thing has been orchestrated by the kids who got picked last for kickball. Revenge is a dish best served cold.

The neighbor’s kid was mowing our lawn and had a pair of those short-rise white socks with the pom-poms at the heel. When he finished and was asking payment, I asked him why he was wearing ladies golf socks. Looks like I’ll have to find someone else to mow the lawn.

Next time you watch a video of an urban female tearing apart a restaurant in a rampage, watch the men on the scene. Passive and distant.

The women have the power. The men give it to them.

Meanwhile, young white men are on the couch, gaming.

Well, the days of the draft are long over, and we're not about to expand the armed forces to any significant degree, so that's not going to change.

The left has been chopping away at the family and God for 50 years or more. The result is very visible, for all who are not blind.

“By my own calculations, almost 5 million prime-age working men have disappeared from the work force.”

A direct result of “equal opportunity” for women.

How committed to the PC narrative do you have to be to hide that from yourself?

This is one area where black clergy, if they are willing to turn back to the Bible and eschew politics, could make a huge difference.

Very sad. I'm sure all the soy in processed food contributes to the decline in masculinity.

I don't think youngsters even know how to get a job. Filling out an application at McDonalds is the length and breadth of their imagination.

A long time ago when I was a teen, I always found work by locating construction sites and knocking on the door of the trailer. I'd ask to speak to the superintendent. I'd tell him I was a looking for a job as a laborer or helper. I was almost always hired on the spot, no applications, no paperwork.

If some kid got up and started knocking on doors at 8:00 AM and offered his help, eventually someone will give him a chance and say "yes". The field of work doesn't matter—auto repair, roofing, moving and hauling, carpeting. So many fields can always use a good, reliable extra pair of hands, trained or not.

And if you are reliable and show up for work everyday, and on time, and give it your best effort, you will eventually be promoted. That's a fact.