Your digital footprint — how often you post on social media, how quickly you scroll through your contacts, how frequently you check your phone late at night — could hold clues to your physical and mental health.

That is the theory behind an emerging field, digital phenotyping, that is trying to assess people’s well-being based on their interactions with digital devices. Researchers and technology companies are tracking users’ social media posts and clicks in search of behavior changes that could correlate with disease symptoms. Some of these services are opt-in. At least one is not.

People typically touch their phones 2,617 per day — leaving a particularly enticing trail of data to mine.

“Our interactions with the digital world could actually unlock secrets of disease,” said Dr. Sachin H. Jain, chief executive of CareMore Health, who has helped study Twitter posts for signs of sleep problems. Similar approaches, he said, might someday help gauge whether patients’ medicines are working.

The field is so new and so little studied that even proponents warn that some digital phenotyping may be no better at detecting health problems than a crystal ball.

Facebook recently announced that it was using AI to scan posts and live video streams on its social network for signs of suicidal thoughts. If the system detects certain language patterns — such as friends posting comments like “Can I help?” or “Are you O.K.?” — it may assign a certain algorithmic score to the post and alert a Facebook review team.

In some cases, Facebook sends users a supportive notice with suggestions like “Call a helpline.” In urgent cases, Facebook has worked with local authorities to dispatch help to the user’s location. The company said that, over a month, its response team had worked with emergency workers more than 100 times.

TOPICS: Culture/Society
KEYWORDS: medicalrecords; privacy; socialmedia; suicide; surveillance; tracking
Thank Goodness Jim Robinson does do this here on FR. Half of us would be dispatched to the loony bin.

This sounds like a 21st century technique akin to this 18th and 19th century "science": 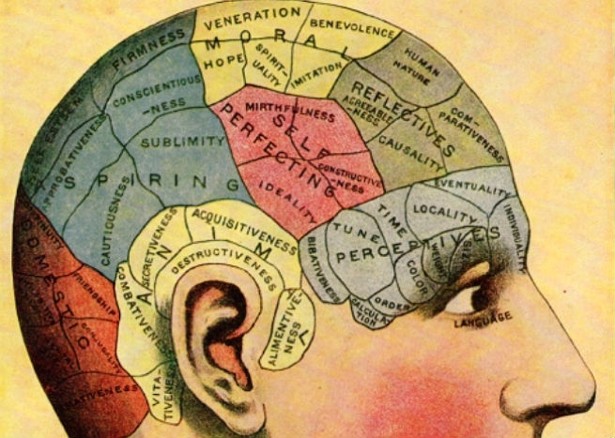 1 posted on 02/26/2018 12:23:02 PM PST by ProtectOurFreedom
[ Post Reply | Private Reply | View Replies]
To: ProtectOurFreedom
Facebook recently announced that it was using AI to scan posts and live video streams on its social network for signs of suicidal thoughts. If the system detects certain language patterns — such as friends posting comments like “Can I help?” or “Are you O.K.?” — it may assign a certain algorithmic score to the post and alert a Facebook review team.

The ChiComs use similar techniques to identify who is a "right-thinking citizen" and who is in need of a visit from the secret police.

The Soviets even accomplished that without sophisticated, modern technology.

I was thinking something along the same lines. Why not call this new technique “digital phrenology”?

4 posted on 02/26/2018 12:32:30 PM PST by WayneS (An appeaser is one who feeds a crocodile, hoping it will eat him last. - Winston Churchill)
[ Post Reply | Private Reply | To 1 | View Replies]
To: ProtectOurFreedom
The company said that, over a month, its response team had worked with emergency workers more than 100 times.

Uh-huh. Probably their gun-nut algorithm alerted them and they the cops: GUN!!! Okay, so they track this information, with enough personally identifiable information (both with and without your permission), that they can intervene with authorities. This means they have a database of information subject to subpoena. This should be interesting. Now, you might hope that the FBI will investigate reports of powder kegs.
Or, you might want local law enforcement to be aware of troubled teens who might snap at any time.

But, putting your faith in the FBI or your local Sheriff is foolish. What you really want is for Facebook to be culling the herd in a judicious manner. They’re inside your head. It’s for your own good. Trust Mark Zuckerberg. He is your friend.

God help me, I don't want to be diagnosed as a millennial.

Is Fake Book the one that isn’t opt-in ?

LOL, isn’t that the truth? But that number is extremely hard to believe. They must be counting every click on a button and every press of a letter on the keyboard to get to those numbers.

Fortunately, my “touch” count is WAY down because I dictate almost all my messages ;>)

Good luck tracking my health on MY use of my 40++ year old Princess phone & land line.

Not having anything to do with “social media,” I feel so left out ;)

That’s an easy diagnosis (and you don’t even have to touch your phone): Early Onset Dementia!