I would just like to say thanks for one night of Fredo Chris Cuomo asking a few tough questions to the biggest idiot on the face of the Earth... Nancy Pelosi. Please watch the entire interview. Inot only exhibits why there should be term limits, it exemplifies that inside every Democrat there is a tyrant. The Democrat playbook is playing out very badly and Nancy is showing why. She quipped and shut down a CNN host that we’re all pretty sure gave her the answers to his questions before hand. For one night, Fredo showed up. Pleas watch as an unhinged Liberal attack’s another unhinged Liberal and there are fireworks!

Maybe that too, but she is certainly certifiably nuts. Look at her movements. I’ve seen more lucid idiots at the State Mental Hospital.

My blood boils to think about how horrible it was with Obama and these people wanted to continue the destruction of our beloved country with that witch Hillary! I hope that they all go down, it cannot happen fast enough.

Pelosi should be scared. Good riddance to bad rubbish.

Fredo: “Do you think the public can read the memo and judge or themselves what it means?”

Pelosi: “Of course not.”

This was much like an Abbot and Costello routine without the comedy.

Probably has her name in it. 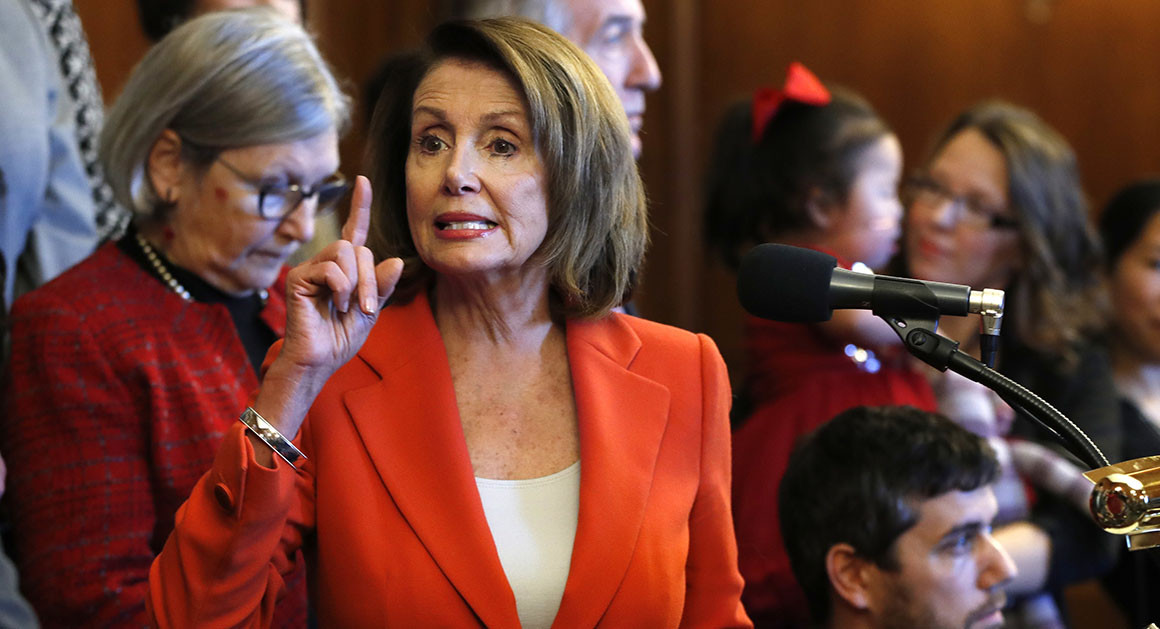 And your little dog too!!! Cackle cackle!!!

She complained the House didn’t vote to let the public see the democrat memo but the dems didn’t let anyone in the House see it so how could they vote on it?

Piglosi is clearly infected with the most virulent strain of TDS. The tax reform is making the repubs look really good and dems really bad for not voting for it. Then the Schumer Shutdown which did nothing but make dems look like petty obstructionists.

Now this memo showing what dem aligned operatives high up in the FBI and DOJ did to undermine a duly elected President and also keep him from being elected and covering up the crimes of the hag Hitlery. This is high treason; the kind tall oak trees were made for. This is what the obama Administration was all about; corruption at the most fundamental foundations of our government. Obama really needs to be held accountable but he won’t be. At least Chicagoans are rejecting his little building for him. They won’t even call it a library.

That’s one messed up clip of Nancy, even by her own standards. The weird mouth gestures, seething facial tics, odd pronunciations, and rambling train of thought focused only on denial and shifting blame.

Nanzy Pellagra!
noun, Pathology.
1.
a disease caused by a deficiency of niacin in the diet, characterized by skin changes, severe nerve dysfunction, mental symptoms, and diarrhea.

I thought it was a great portrayal of dissembling. “It’s a matter of national Security...it’s a lie based on a false premise...it’s the safety of our nation.”

Was this a brief moment of sense on the part of Cuomo?

Very brief. But letting her ramble about “chain migration”, it’s a racist term, you know what that means, it’s all a lie, unbelievable! I’d say totally unhinged ... but it’s going to get worse tomorrow. and the day after. and the day after that.

Do she always make those disgusting, purposeless movements with her mouth and the seemingly endless, uncontrollable, facial tics?

Makes you wonder if Nancy Pelosi has tardive dyskinesia from long term use of medications to treat a psychiatric disorder.

“Maybe that too, but she is certainly certifiably nuts. Look at her movements. I’ve seen more lucid idiots at the State Mental Hospital.”

Excuse me, but wasn’t she tho one who said that we had to pass the bill to see what’s in it?

I’m not sure she knows what she’s talking about.