When Oprah Winfrey's longtime partner Stedman Graham said she 'would absolutly' seek the White House if prompted, he misheard the question

Gayle King, Winfrey's best friend, explained on CBS This Morning that Graham told her he thought the reporter asked him if she would make a good president

Graham's comments added fuel to the fire that Winfrey might launch a presidential bid in 2020 to take on President Trump, another entertainer

On CBS This Morning, King said Winfrey is 'intrigued' by the idea of a presidential run, but is not 'actively considering' it

'I also know that after years of watching the Oprah show, you always have the right to change your mind,' King said

When Oprah Winfrey's partner Stedman Graham said she 'would absolutely' run for the White House if prompted by the people, he misheard the question, Winfrey's best friend Gayle King said.

'Stedman says he thought the reporter said to him, "Would she make a good president?" and he said absolutely she would,' King said Tuesday on the show she co-hosts, CBS This Morning. 'That's how he interpreted the question.'

King described Graham as being 'nothing but supportive,' adding, 'he would never throw it out there like that.' 'Because this is the thing, Stedman would never so cavalierly say, "Absolutely, she would do it. It's up to the people." King's co-host Norah O'Donnell wasn't exactly buying it, pointing to the fact that Graham indeed told the Los Angeles Times, 'She would absolutely do it.'

'I'm telling you his interpretation of the question was ... he thought the reporter was saying would she be a good president,' King said.

TOPICS: News/Current Events
KEYWORDS: 2020demprimary; 2020election; election2020; gayleking; oprah2020; oprahwinfrey; stedman; stedmangraham; stedmanquote Navigation: use the links below to view more comments.
first 1-20, 21-32 next last
Winfrey has previously said she has no interest in running for office and King said she believed her friend's position was unchanged.
1 posted on 01/09/2018 8:21:14 AM PST by COUNTrecount
[ Post Reply | Private Reply | View Replies]
To: COUNTrecount

In her case, it would be more of a rapid waddle.

She has a Harvey connection that can’t be denied

What do Hilary, Oprah and the men in “Duck Dynasty” have in common?

If Oprah did run she would have to Marry Gelding and stop living in Sin ,LOL

All have beards? Lol!

This is why you just can’t have any mansplainin’.

She heard the phrase “White House chef” and filed the paperwork that day. She paid some genius $100k a year to keep her weight on track. I wish she would pay me $100k to slap the dam Cheetos out her mouth.

Congratulations, Mom. You are first in with the correct answer.

Is Huma a sex slave?

Wow, he is still her beard? What a gig.

So his Claim now loses Weight:-)

I am sure Oprah told Stedman he...must have misheard the question...lol

First the “mishearing” — then comes the mis-remembering” — not a good sign.

Actually, didn’t know Steadman could talk. I’ve never heard him speak. Did you see him at Awards show with mouth agape every time camera was on him. Not a sign of brilliance. But they’ve got Gayle — quick to step in to correct the record.

Stedman has been MIA for a decade or more but let her highness decide to run and bam! he’s back as her beard to cover for her and Gayle. 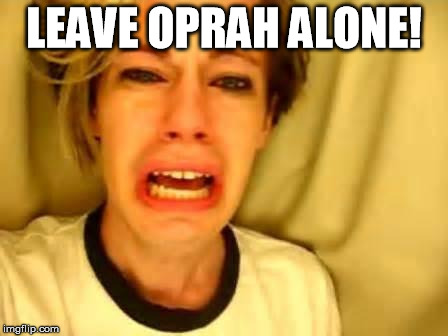