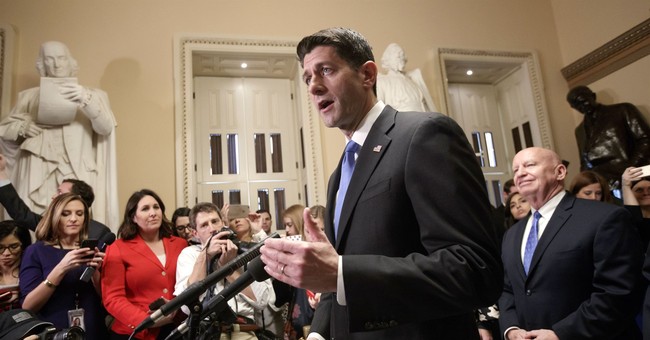 This is a fundamental divide in the American tax system. On one side are those who do pay taxes; on the other, those who don't.

And the divide gets worse.

We know this because the IRS tells us so. It calls the $89,614,869,000 in cash that the federal government paid to tax-return filers who paid no taxes the "refundable portion" of "refundable credits."

"The first portion, which was included in total tax credits, offset income tax before credits," said the IRS report. "The second portion offset all other taxes besides income tax, such as the self-employment tax.

"The IRS treated the last portion, the refundable portion, as a refund and paid it directly to taxpayers who had no tax against which to apply the credits, or whose credits exceeded income tax (and other income-related taxes)," the report said.

That is to say it was "refunded" to "taxpayers" who paid no income taxes.

This was not a boon for the "rich."

One major contributor was a group the IRS calls "married persons filing jointly."

So, married couples filing jointly constituted only 42 percent of filers who actually paid income taxes, but they paid 71.4 percent of the income taxes.

Now, some may say: But there are two people in a married couple who file jointly; of course they should pay more taxes than a single person.

But did single people filing tax returns pay half as much as married couples?

That works out to an average of about $6,836 in total income taxes per taxpaying single person.

At that rate, it would take 3.66 taxpaying singles to surrender to the federal government the same income tax as one taxpaying married couple.

The bottom line: The federal government is financially dependent on income tax-paying married couples who jointly file their tax returns, and it has made 30,417,609 filers who pay no income taxes dependent on government by handing them $89,614,669,000 in a single year.

History should apply this test to the Republican tax plan: Did it decrease both the burden on the former and the dependency of the latter?

Where do I sign up. I sent over $16k to the IRS and didn’t get anything back.

I bet half of that $89 billion goes to illegal aliens.

That explains the topic above this one in the menu (at the time I looked) ... “Socialism still popular in the U.S. despite the Venezuelan example.”

Gee...I want your money too...how do I get the government to give it to me?

Dirt bag republicans. Thanks for nothing you treasonous swamp creature bastards.

And this is dead damn wrong. Anybody who earns even a penny should pay the very same percentage of their income in taxes or forfeit their privilege to vote.

If you don’t have a dog in the hunt you don’t participate in the spoils.

SS is NONE of the amount.

The discussion is about UNEARNED INCOME TAX CREDITS. That is not SS.

So? What’s the problem? It’s the bigger picture, right? That’s what everyone keeps telling me after I say our federal tax bill will rise in 2018 (our first full year in retirement).

and when polled, these are the POS who are against any tax cuts.

Math is not my strong suit. Will someone please explain more clearly to me, how a person who pays in no taxes gets a refund?

We’re on social security. We no longer have to pay income tax, but we certainly get nothing back.

Thank G-d we have have a plethora of takers...