It has been documented that the “Osmanen Germania” (“Ottomans from Germany”) is the armed gang of the Erdoğan regime in Germany. The financer of the gang is AKP MP Metin Külünk, who has ordered the gang to engage in armed attacks against Kurds. 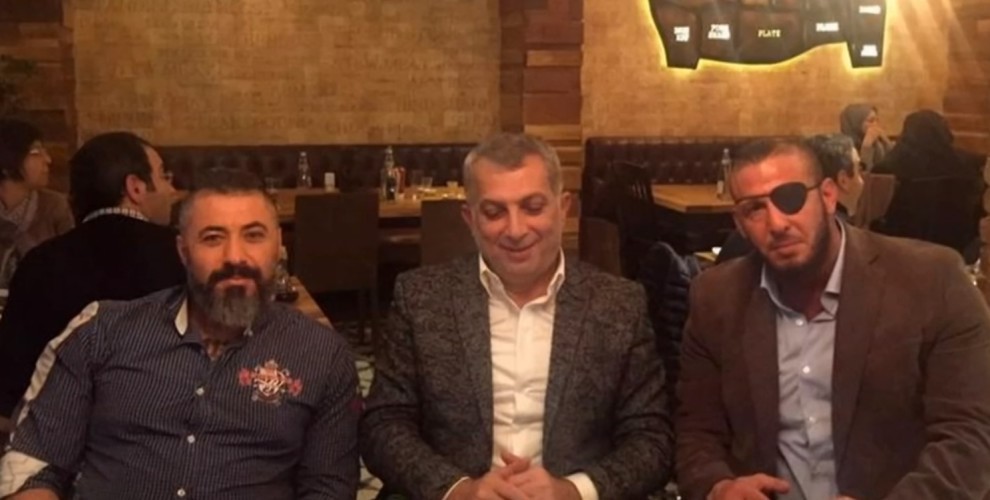 The “Osmanen Germania” (“Ottomans from Germany”) gang was organized in 2014 under the guise of a boxing club, and has been on the agenda in Germany for a while. The gang is infamous for arms smuggling, human trafficking, drugs and attacks on Kurds and has grown fast, increasing membership and branch numbers.

It has since come to light that the Erdoğan government is behind this increase. The Stuttgarter Nachrichten newspaper published in Stuttgart, Germany and the Frontal 21 program broadcast in the ZDF have released documents and information on the gang, stating that they act under the AKP MP Metin Külünk’s orders and are loyal to the Erdoğan regime.

The documens show that Külünk, who is close to Turkish President Recep Tayyip Erdoğan, is the financier behind the Osmanen Germania. German security forces have determined that Külünk has transferred money to gang leaders several times to buy weapons.

Reports say the gang has purchased guns and automatic weapons various times on AKP MP Külünk’s demand, and Külünk has ordered the gang to carry out attacks against Kurds in phone calls with gang leaders. Külünk has demanded the gang attack Kurds in Germany and publish videos after to intimidate Erdoğan’s opponents.

KÜLÜNK IS THE BRIDGE BETWEEN THE GANG AND ERDOĞAN

Külünk is just a bridge between the gang and Erdoğan. In phone calls caught by German security forces, Metin Külünk receives orders for the gang directly from Erdoğan.

In one of the phone calls, Erdoğan gives orders to Külünk for demonstrations in Germany before the vote of the Armenian Genocide draft vote in the Federal Parliament on June 2, 2016. The call made on June 1, 2016 at 22.21 includes Erdoğan demanding action against the draft from Külünk.

The demonstrations against the draft in Berlin during the discussions in the Federal Parliament were headed by the Osmanen Germania, and through former president of the AKP’s organization in Germany UETD’s Mannheim branch Yılmaz Ilkay Arin, Külünk ordered the gang to punish the ZDF moderator Jan Böhmermann for publishing a poem against Erdoğan.

In another phone call, he demanded that Yılmaz Ilkay Arin arm the Turks in Germany. In the call Arin says he has a stash of “clean” guns and ammunition.

INTELLIGENCE SAYS THE GANG IS PRONE TO VIOLENCE

NRW State Office for the Protection of the Constitution Chairperson Burkhard Freier spoke about the issue and stressed that the Turkish gang Osmanen Germania is a paramilitary organisation, and they are “prone to violence”.

Freier pointed out that the Osmanen Germania call themselves a boxing club and said: “For us, the Osmanen Germania working as security guards, carrying guns, engaging in violent crimes and clashing with other groups show that they are a paramilitary group. Their political agenda also strengthens this impression.”

When asked, “Why does the Osmanen Germania bother you?” Freier said: “Osmanen Germania is a violent paramilitary organization and they attempt to influence the Turkish community here. That, their ties with the pro-Turkish government UETD, opposition to Kurdish organizations and the opposition in general and them clashing with these groups when there is an encounter also affect domestic security.”

The ANF had already published last August that AKP Istanbul MP Metin Külünk’s speech that admitted how the Turkish state has closely monitored and targeted the opposition to AKP and Erdoğan in Europe.

Külünk had given a speech in October 2016 at an event organized by the Swiss branch of AKP’s organization in Europe, the Union of European Turkish Democrats (UETD) in Hoss Hotel in Winterthour, Switzerland and admitted that the Turkish state is targeting the opposition from Turkey in Europe. Külünk had said:

“Wherever the members of these organizations run to, this state will chase after them. This is not like writing stuff on Facebook pages. If they have the guts, they will come and write those things in Turkey. They will sit here and write things against Turkey - do you think they are not monitored? Don’t worry, they are all being followed. This is a duty, a state does not let go of those who betray the state. This shows the grandeur of the state.

Last year the German police had carried out an operation on the gang for planning provocative actions against Kurds and the opposition together with Turkish intelligence and stockpiling drugs and weapons.

In November last year, raids had been carried out against the Osmanen Germania in several cities on orders by the Darmstadt Prosecutor’s Office under the Hessen State Criminal Bureau’s lead. Large amounts of drugs and weapons were seized in the raids and several people had been arrested.

It was known for some time that the gang acted as a branch of the AKP and was organzied by the MİT. During a raid on November 9, 2016, a police officer spoke to German press and stated that they were in possession of documents that showed the possibility of the Osmanen Germania having ties to Turkish intelligence units and using the weapons they had procured against Kurds in Germany.

Last year, the journal Spiegel had published information on the MİT operatives attempting to gain influence in the gang on Turkish President Recep Tayyip Erdoğan’s orders. In May, it had come to light that the leaders of Osmanen Germania wanted in Germany had fled to Turkey.

Around the same time, photographs had surfaced showing the Osmanen Germania gang’s relationship with some top ranking Turkish state officials. In these photographs, a group including gang leader Selçuk Can Şahin are seen visiting Turkish President Erdoğan’s Chief Advisor Ilnur Çevik in his office while Çevik is wearing a t-shirt with the group’s logo on it.

Now he is exposed to have ordered forming thug gangs to go after those who criticize Turkey inside Germany.

What will Chancellor Angela Merkel do about this? (Nothing)

When you have a chubby old woman in charge, nothing.

Erdogan is a dictator thug. With a micropenis. And dresses in women’s clothes.

Someone needs to take him out, period.

I would think that would be seen as an act of war in any sane society.

What will Tillerson do about this?

He will grovel for Erdogan.

Yes. Erdogan does not recognize any law other than his personal will. He even ignores the Turkish Law, by saying it is an emergency due to the attempted (faux) Coup.

No, I don’t think Tillerson grovels for anyone.

But the call is Trumps and NATO.

Eastern Europeans remember the Ottomans.
The Germans are going to find out the hard way.

Erdogan makes no secret of his Neo Ottoman dream. (nightmare)

Yep. I’ve seen that tactic before.

She has given all her sausage to Erdogan. Therefore all she can do is generate flatulance

Turkey will now rip open the belly of Europe for the Russians.

Not good statement of where we are with NATO.

On the EU? Socialist Idiots running the asylum.