After 30 Years, Alarmists Are Still Predicting A Global Warming ‘Apocalypse’

For at least three decades scientists and environmental activists have been warning that the world is on the verge of a global warming “apocalypse” that will flood coastal cities, tear up roads and bridges with mega-storms and bring widespread famine and misery to much of the world.

The only solution, they say, is to rid the world of fossil fuels — coal, natural gas and oil — that serve as the pillars of modern society. Only quick, decisive global action can avert the worst effects of manmade climate change, warn international bodies like the United Nations, who say we only have decades left — or even less!

Of course, human civilization has not collapsed, despite decades of predictions that we only have years left to avert disaster. Ten years ago, the U.N. predicted we only had “as little as eight years left to avoid a dangerous global average rise of 2C or more.”

This failed prediction, however, has not stopped the U.N. and others from issuing more apocalyptic statements.

TOPICS: Culture/Society; News/Current Events
KEYWORDS: change; climate; climatechangefraud; envirowhackos; fakescience; global; globalwarming; warming Navigation: use the links below to view more comments.
first 1-20, 21-36 next last
The article goes on to list 12 instances of failed predictions of global calamity. Everything from the Union of Concerned Scientists in 1992, various "reporters" and Eric Holthaus, a meteorologist that was supposed to get a vasectomy but instead has two kids now. Prince Charles & President Obama get their sections as well as some UN apparatchiks.
1 posted on 11/25/2017 2:44:15 PM PST by Incorrigible
[ Post Reply | Private Reply | View Replies]
To: Incorrigible

But will they support nuclear power, the only viable source of energy that does not produce greenhouse gas? No. 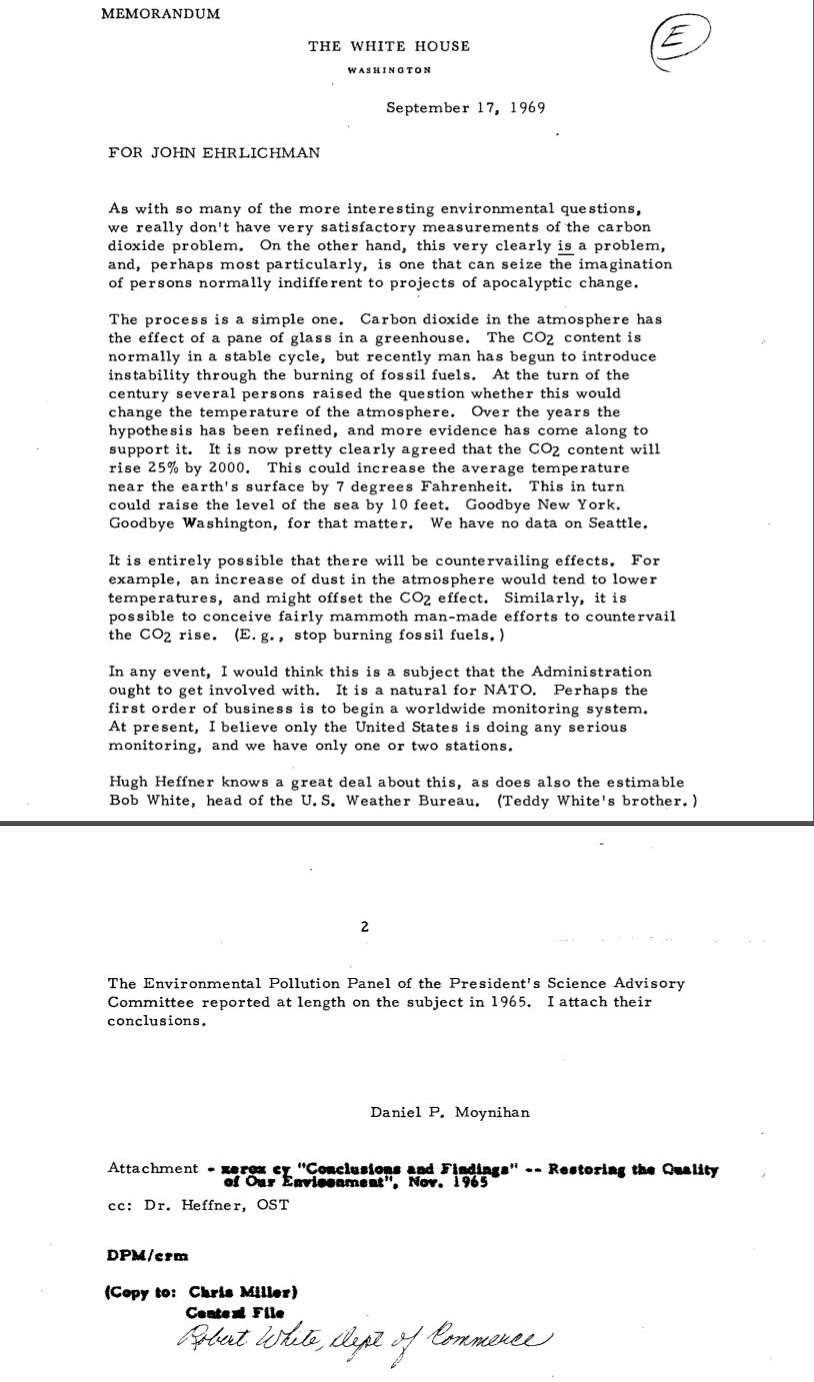 That’s about when Algore invented global warming and predicted the Internet.

5 posted on 11/25/2017 3:08:43 PM PST by moovova
[ Post Reply | Private Reply | To 1 | View Replies]
To: Brilliant
When I first went to college I was a nuclear engineering major at a pretty good school. The climate loonies were everywhere, predicting the global warming apocalypse, but not one would support nuclear power as an alternative to fossil fuels. Between that, and the devastation wreaked on the nuclear power industry by the policies of Jimmy Carter, I didn't see much of a future for nuclear energy, so I switched to computer science.

To this day I believe that groups like the Clamshell Alliance (who litigated the cost of Seabrook to triple what it was projected to cost, and we in NH are still paying for it) were just fronts for the Soviets waging economic warfare on us through their useful idiots. Since the fall of the Soviet Union, many of these types of groups - and many of the violent terrorist groups of the same era - have disappeared or negotiated a peace settlement. I suspect that the ones that are left were taken over by the Chinese.

In any case, I have no tolerance for the back-to-the-caves crowd.

It’s coming, but contrary to the Delusional Lying Left, weather is NOT man-made. All this Leftist b/s is just more lying excuses for global totalitarian government.

The only man-made weather will come about in the future as a result of nuclear holocaust. The initial nuclear holocaust itself, not so much the resulting weather, will not wipe out the whole earth but will help kill 1/4 of the world (Rev 6:8). Probably be about 1.25 billion people will be killed* by the bombs (”sword”) along with “famine, pestilence, disease, and the wild beasts of the earth” (Id.). But a few years later, after it’s all over, almost the whole world will be dead. We’re a few decades away from this IMO.

*Calculation of the initial 1.25 billion deaths in Revelation 6:8:
- Estimated population of the earth in the latter part of the decade is about 10 billion. https://www.thoughtco.com/current-world-population-1435270.
- Right now, 84% of the world believes in some kind of God including 32% Chritians. https://www.washingtontimes.com/blog/watercooler/2012/dec/23/84-percent-world-population-has-faith-third-are-ch/.
- Add those saved by the coming world-wide last in-gathering spearheaded by the grace revolution and subtract all born-again Christians taken out of the earth by Christ before all this starts,

Global warming will become the equivalent of the character Emmanuel in the book 1984. Forever used to coerce the masses and impose totalitarian authority.

And 40 years ago, we were supposed to be under a mile of ICE by now!

Idiots. CO2 emissions are a drop in the bucket into the atmosphere, a tiny fraction of a percent of the atmosphere, too little to impact the weather in any significant way. There are natural emissions of gases from nature, and it hasn't created any apocalypse in modern times. Now if Yellowstone Volcano blows, well yes, it can create an apocalypse weather problem. But mankind burning fossil fuels, not likely.

Not only will oil, coal and gas continue to be used, use will increase for many years. India and China (around 2.6 billion people) are just getting started as high energy users and they’ve got a long way to go.

Anyone wanting to use some different energy better get started discovering it, cause solar isn’t going to do it all, and electric cars are harder on the environment than internal combustion cars. 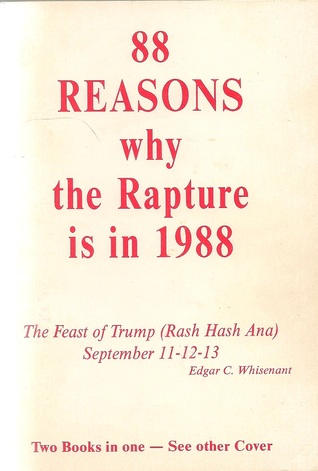 I remember going to those seminars. The big difference between the claims of the “coolers” and today’s “warmers” was the lack of socialism - blaming it on “ big business, that is oil/coal companies, etc”. It was just happening like it did before, of course only a big government program (With us in charge!) could solve it! I actually attended a talk on “cooling” by Stanford’s Schneider. He later managed to make the transition from a “cooler” to a “warmer”. Now he’ a “room temperaturer” - he’s dead! Ok ok that was mean!

The number one test to see if any environmentalist is capable of reasoning is to suggest that nuclear power could serve as the grid back up for a power system sustained by wind and solar in the day. As you say, there have been no takers. And why? Well, mankind is not capable of building a nuclear power reactor that is fail safe so therefore we must build batteries that last all night and put them on every house along with the solar panel. But it will never happen, too expensive. and the grid will still need back up.

Nuclear plants can’t handle the load variation required to serve as a backup for wind and solar. Nuclear plants want to be base load power sources, with slow steady startup, shutdown, and load changes, and lots of run time at normal full load.

16 posted on 11/25/2017 4:45:07 PM PST by FreedomPoster (Islam delenda est)
[ Post Reply | Private Reply | To 15 | View Replies]
To: Incorrigible
I propose we here try to use more gender neutral terminology in our descriptions here, for example

I have seen the lefts own suggestions to replace the term manmade with more acceptable synonyms such as "fake".

Therefore, we should consider changing to the more PC terminology of "fake climate change".

17 posted on 11/25/2017 4:46:52 PM PST by LeoTDB69
[ Post Reply | Private Reply | To 1 | View Replies]
To: Incorrigible
Who are these people demanding we go bankrupt lining the pockets of people like algore, fighting a manufactured problem while we freeze in the dark? But will they support nuclear power, the only viable source of energy that does not produce greenhouse gas? No.
—
It’s absolute proof they don’t believe their own dire predictions.

Water vapor is a dominant green house gas. They just want us all to live like North Koreans.