Though his fate will hang in the balance on Election Day, Corvain Cooper won’t get to cast a ballot.

The 37-year-old will be in a cell in central California’s Atwater federal prison, where he’s serving a life sentence with no chance of parole for convictions involving marijuana.

“I was placed in a federal prison at its highest level, with felons who all committed acts of violence,” the Los Angeles native said in a series of monitored emails sent from prison.

“Yet they all have release dates.”

Soon, Cooper could too.

Though most of the attention surrounding Proposition 64 centers on how the measure would make it legal for adults to consume recreational marijuana, the law would do something else: potentially reduce prison sentences and clear old criminal records related to marijuana.

Cooper is one of more than 6,000 people serving time who could potentially have their time behind bars shortened or even go free if Prop. 64 passes on Tuesday, according to an estimate by the Drug Policy Alliance, which is funding the measure. 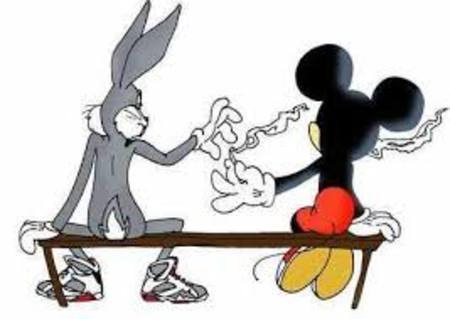 They should complete their sentences for the crime of which they were convicted.

If the Gubber-nor Moonbeam wants to pardon all those people, he can do so.

The same thing that happens to all the income I previously paid in tax after income tax rates are lowered — nothing.

It’s all about big pharma, nothing more and nothing less. Stop pot so you can continue to push the addictive - and oh so destructive pills. Alaska has already taken the proper steps and just because California is so screwed up in so many ways I cannot find anything wrong with this initiative.

I am for voting no on this, and any other feel good or money measure until the state and its political structure quit infringing our Second Amendment rights.

Every gun owner should follow suit. I am essentially for this measure, but I am voting no because the state feels that it can walk all over me on 2A.

Except that the jail term is for try the intent, the decision, to break the law. Changing the law doesn’t change the intent of the perpetrators actions.

The war on drugs needs to end.

It ruins the lives of young people.

It puts police officers in danger.

You should be able to poison your own body and sell to other dopes over age 18.

DUI needs to remain a crime.

Possession at the workplace of your employer might remain a crime.

The laws should be changed to permit reviews of past convictions and to allow appropriate prisoner releases.

Criminal records of a released person might be scrubbed upon the payment of a small fee, such as $50.

Then said Pilate to the chief priests and to the people, I find no fault in this man.

6000 jail beds could be freed up for more deserving criminals. Time served would be fine by me.

that's a false equivalence. A more accurate analogy would be passing a proposition outlawing stop signs. Or perhaps the traffic control sign in question was removed because it didn't conform to standards (e.g. Speed limits in CA are required to conform to a documented engineering study). But it should be made obvious in the proposition to avoid embroiling the state in pointless legal action.

A galactic gap in connecting those dots.

16 posted on 11/04/2016 4:52:52 PM PDT by Lagmeister ( false prophets shall rise, and shall show signs and wonders Mark 13:22)
[ Post Reply | Private Reply | To 13 | View Replies]
To: Brian Griffin
Not only that, but it would go a long way to restore harmony between law enforcement and the inner city minority communities. We spend billions keeping big pharma's stranglehold on this country. Sixty percent of drug arrests are for pot.

The money we would save would easily pay for rehabilitation from addictive drugs. And we would probably end 90% of the inner city murders and all of its associated crime. What a bargain.