"Trump supporters at Wisconsin event just learning Pence will also not attend. Many upset with Paul Ryan, say they will stay to heckle him."

"MNSBC reporting that crowd at Paul Ryan's event is upset with Ryan and GOP for distancing itself from Trump."

I been waiting for this news

Paul Ryan will be no ally for President Trump.

Bless those who are sending Ryan a message.

Bob Beckel: This Race, Effectively, As Of Tonight, Is Over
http://www.realclearpolitics.com/video/2016/10/07/bob_beckel_this_election_is_over.html

Has Bob ever been right about anything?

Hopefully this is the beginning of a citizens revolt against the uniparty types that are attempting to destroy America.

Until voters push back against the dirty MSM games and politics these “October surprises” will continue to surface.

Would $100 to the Trump campaign be considered a message?

I predict Paul Ryan will be booed off the stage. 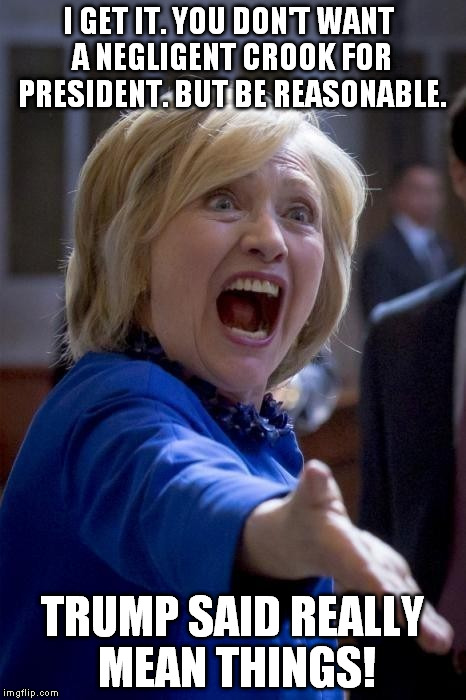 And that’s exactly what it is. A dirty game and stupid AMericans are buying into it.

He never intended to be.

I got a feeling that Trump will pass some legislation with more Democrat support than GOP due to Ryan’s and McConnell’s opposition.

Another helping of what happened to Cruz at the convention may be in the offing??

I already contributed today. I hope they chase Ryan the hell out of there.

Did those idiot Democrats think this is going to stop us? HAHA. What a joke.

Trump Supporters are NOT concerned about what he said to anyone or when he said it, what WE are concerned about is Our Country and Trump said he will lead us back to a Strong America.

Health Care; Benefits for the Veterans; Better Education; A wall on the border; lower taxes; bringing jobs back for Americans; Immigration; Economy;

So what has Hillary said she would do for us? Open Borders, TTP, Single payer healthcare, let anyone in that want’s to come in...

So I want America back, my vote goes to Trump...what he said about someone’s pussy 11 years ago after what BillyJeff and Hillary have done to people here in America and in other foreign countries doesn’t set with me...

How about you? You have the back bone to pull the handle for Trump to Make America Great Again? Guess we will find out on Nov 8th won’t we...