Yes Virginia, Aliens Are Registered or Voting… and in Pennsylvania, by the Thousands
PJ Media ^ | October 3, 2016 | J. Christian Adams

Wouldn’t it be nice if just once, some of the people whom Soros pays to tell us that voter fraud doesn’t exist admitted they were wrong? What if government documents were produced to show at least 1,000 instances of voter fraud showing aliens registering or voting in a key swing state? Would they recant?

That’s asking too much. They earn their salaries by pretending voter fraud is a myth, and convincing others in the media to parrot their lies.

So today we learn that in the key swing state of Virginia, voter registration rollshave been polluted with an excess of a thousand aliens, and most certainly far more. This detailed study by the Public Interest Legal Foundation, or PILF, (which I assisted on) documents more than one thousand aliens on the voter rolls. It provides the government documents with the names.

Here’s the most frightening part: the sample is only eight Virginia counties and doesn’t include the behemoths of Arlington and Fairfax Counties. I’ll get to why that information is being concealed by election officials in a moment below.

In just eight Virginia counties, 1,046 alien non-citizens successfully registered to vote. Mind you, these are just the aliens who were accidentally caught because when they renewed their driver’s license, the told the truth they were a non-citizen.

That’s because of Motor Voter. Motor Voter, or the National Voter Registration Act of 1993, mandates that anyone who applies for a driver’s license must be offered voter registration. To register, they must merely mark a checkbox that they are a citizen and sign the form. It’s a yes-no question, and thousands are lying — just in Virginia.

Virginia has no citizenship verification requirements like other states do, so the vulnerabilities in Motor Voter are amplified. Voter ID is no solution either. These aliens are getting registered to vote when they are getting their photo ID cards!

Some groups like it this way. Soros-fueled organizations have brought lawsuits to stop states from verifying citizenship of registrants. The Advancement Project and Demos are the answers to the Jeopardy question: Who would ever be against verifying the citizenship of voters?

Another question – why would they fight steps to prevent foreign influence on American elections? – raises even more ominous possibilities.

The Virginia report by PILF contains the responses of just eight Virginia counties to public inspection requests under Motor Voter for list maintenance documents demonstrating aliens who have been removed from the rolls.

The report only reflects the eight counties who complied with the request, and only reflects the aliens who were caught. Without question, many many more aliens remain on the rolls who haven’t been caught. But at least now we have the names of people who were removed from the rolls by the hundreds for citizenship problems.

The report also reveals some of these aliens have been casting ballots. From the report:

Even in this small sample, when the voting history of this small sample of alien registrants is examined, nearly 200 verified ballots were cast before they were removed from the rolls. Each one of them is likely a felony. Again, this is from just a small sampling of Virginia counties. Each of the aliens we have discovered to have registered or voted has likely committed a felony. Will the Justice Department act now that their names, registration records and dates of voting are herein provided?

This is in a state where Republican Mark Obenshain lost his race for Attorney General in 2013 by 165 votes. Mark Herring, the Democrat who beat him, has distinguished himself by bringing Eric Holder-style lawlessness to the Commonwealth of Virginia.

But alas we don’t have the full story because the state electoral board instructed local election officials to cover it up. The PILF report:

The responses [to records requests] were nearly identical and soon it became clear that they were orchestrated by Edgardo Cortes, the Commissioner of the Virginia Department of Elections, and an appointee of Governor McAuliffe. According to numerous county election officials, Commissioner Cortes had issued guidance to them, instructing them not to respond to our requests for records pertaining to non-citizen voters. Some election officials kindly provided us the original communications from Cortes.

Cortes was an employee of the Advancement Project before his time as a state employee.

The reason why Virginia officials concealed the information approaches farce: that federal law prohibiting the release of driver’s license information such as Social Security information, medical information, or photographs cannot be released. Election records regarding list maintenance contain none of those things.

Either no lawyers were advising state election officials, or lawyers for the aforementioned Mark Herring were.

So alas, because of the bad legal advice state election officials transmitted, certain local election officials who are hiding voter list maintenance records are risking being sued, like the City of Alexandria was, to obtain the information.

Will any of the voter fraud deniers use this opportunity to gain some credibility from the story by admitting that over one thousand instances of documented verified voter fraud occurred in Virginia? Or will they keep denying it? Expect the goalposts to move. Even if they begrudgingly admit voter fraud exists in the four-figure levels, they’ll say it doesn’t matter because they think it hasn’t changed an election. But as the report notes:

Ultimately, the number of illegal votes doesn’t matter when the integrity of the process is at stake. Nobody should tolerate voter fraud, whether it comes in bunches as we describe here, happens occasionally, or decides the outcome of an election. Lawlessness in elections is a precursor for lawlessness across our government and culture. The response of law enforcement officials to both single instances of voter fraud and the hundreds of examples documented in this report should be the same: swift, sure and unwavering. No excuses should be made for the lawless who taint the electoral process.

We will learn tomorrow that Virginia is not the only state with corrupted voter rolls and election officials who don’t seem to care. Philadelphia also has a problem.

PILF will issue a report Tuesday showing that thousands of ineligible felons and aliens were also on Philadelphia voter rolls, and that city officials don’t think there is a problem. I’ll be testifying to the Pennsylvania House of Representatives about this very real problem. From the forthcoming report:

It is illegal for a convicted felon who is incarcerated or in a half-way house to vote in Pennsylvania. Yet the lists of eligible voters in Philadelphia, and probably across the Commonwealth of Pennsylvania, contain the names of thousands of ineligible felons. No effort whatsoever is made to either remove these registrations or even annotate the record in case an absentee ballot request is made.

Remember, felons in halfway houses are prohibited from casting a ballot, but nothing is in place to stop them from doing so. Moreover, absentee ballots are sent to prisons for non-felons or others accused criminals awaiting trial. Yet no steps are made to even obtain the list of convicted and incarcerated felons on Philadelphia’s voter rolls. None.

That means when the polls open in Philadelphia in November, the rolls will contain the names of hundreds, and more likely thousands, of incarcerated felons. Pennsylvania, naturally, is a state without voter ID.

Recall that a number of Philadelphia state legislators were convicted of accepting bribes to oppose voter ID laws. Unfortunately a federal judge ruled that federal list maintenance obligations don’t require Philadelphia to remove ineligible felons from the rolls. That decision will be appealed. That doesn’t mean state and local officials are prevented from taking their job seriously in the meantime.

The forthcoming report also shows communications from aliens begging to be removed from the rolls over the course of several years, and indicating that they never registered to vote in the first place. The report reveals a mess in a city famous for election messes.

Government record of registrants removed from rolls for citizenship reasons.

So we rush into an election where a small sample of government records reveal that thousands of aliens easily registered to vote. Some of them were caught by happenstance and accident. Election officials and their pals in the mainstream media do all they can to hide the facts, and when they can’t hide them, they do all they can to explain them away. Meanwhile, that American sense of justice and just doing things the right way seems lost, old fashioned, and to the most radical, is "voter suppression ."

Despite having the names of thousands of individuals who likely committed felonies gift-wrapped for them, expect prosecutors at the DOJ and state offices to do nothing.

There are highly paid professionals who are doing everythingthey can to preserve vulnerabilities in our elections that criminals are exploiting. Laziness can no longer explain it away. Something more dangerous is corroding our system.

Why aren’t we getting this to Trump? Why aren’t WE stopping this?!

“Why aren’t WE stopping this?!”

Because the right gets off on complaining about it every 4 years.

And Donald Trump should come out and say we already have a list of Deportees with 1064 names on it, they will ALL be gone the First Month I am in Office

We don’t have a functioning republic anymore. We have a third world Marxist banana republic masquerading as a free society because self-delusion is more comforting for many than facing the truth.

The America we all knew and loved is forever gone IMHO.

That’s exactly what should happen and what Trump should do...Vote illegally and you’re deported, no excuses.

The fix is in?

The terrorist in Minnesota (not a citizen) voted in three different elections.

It is insane we don’t show ID to vote.

In 2014 I was told at the polls that I had already voted that day. THIS DOESNT HAPPEN IN FIRST WORLD COUNTRIES (which we aren’t).

I have been screaming this at my TV for several months. They must have the fear of God (aka Trump) in them when they decide to vote illegally. You vote illegally, you are now a felon, and you are deported first, right along with the other felons!! 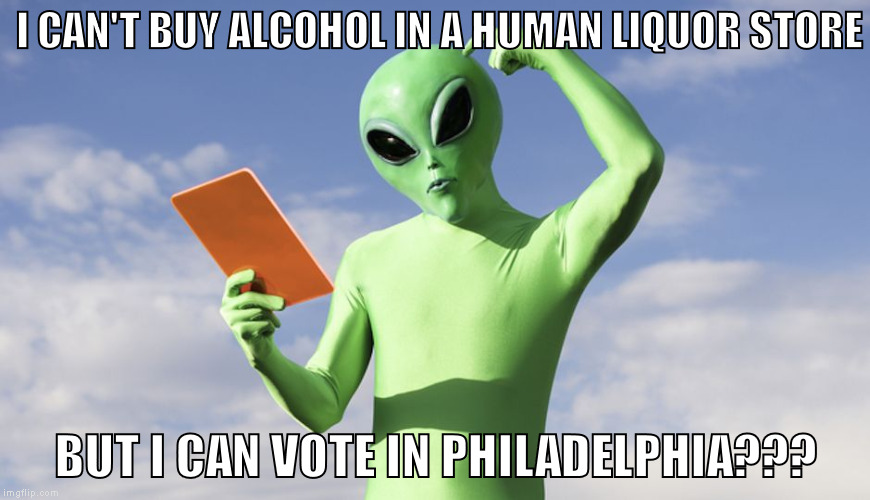 Please bump the Freepathon or click above to donate or become a monthly donor!
14 posted on 10/03/2016 3:45:12 PM PDT by jazusamo (Have YOU Donated to Free Republic? https://secure.freerepublic.com/donate/)
[ Post Reply | Private Reply | To 1 | View Replies]
To: jazusamo

Commissioner Cortes does not look unhappy about illegals voting.

There is nothing left in America to stop the criminals. This guy is bringing his whole family to vote for Mrs. Clinton.

You’re right, he looks happier than a pig in a mud hole. I’d wager a prison sentence would wipe the smile off his face. 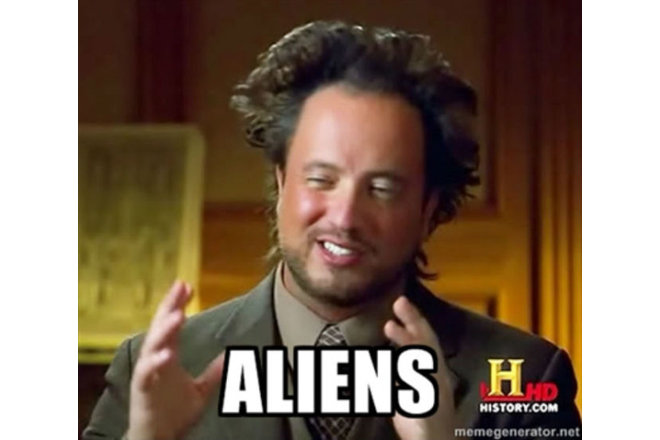 Are we reading about this so our blood is brought to a boil and it promotes our showing up at the polls on November 8th.

It leads to nowhere.

Its for emotional effect on radio and television and nothing is changed.