A dad in Ostego, Michigan—population 3,956—terrified parents, police, and school administrators by handing out teddy bears to people he passed on the street, including children in the presence of adults. It was Ken Cronkhite's attempt to spread some happiness and help his 89-year-old father, the owner of an 800-teddy bear collection, to downsize.

As news spread of a man, a plan, and his plush toys, the police department's phone lines lit up. Officers sped off to patrol the bus stops as at least one frantic mom ripped apart her kid's bear to see if it contained something insidious.

Meanwhile, the school district jumped into action, alerting parents with emergency phone calls and going on Facebook to warn of "a heavyset, older, white man handing out teddy bears to kids from his silver SUV."

"We have not been told that this man threatened anyone or tried to lure students to him, and adults have been present during two encounters," the letter said, "however, it raises a concern as we want to be sure our students are safe."

Hmm. A man who is not threatening kids, nor luring them, and only approaching the ones who are directly supervised by an adult? Yes, that sure is scary.

According to the Kalamazoo Gazette's mlive.com, commenters on the Facebook post fretted that the bears could be filled with heroin syringes or hidden cameras. But when Cronkhite's teenage son read it, he realized: That's my dad!

Dad immediately called the cops to tell them: I'm your man.

Cronkhite said he is a veteran Marine and a retired Chicago police officer and had fun approaching shoppers with children in store parking lots, people jogging along the streets, and children gathered with adults at bus stops or picnic tables.

He said he made sure there was an adult accompanying any children he approached.

He said he started the direct giveaways after he had distributed bags of bears to Sylvia's Place shelter for battered women, and to the American Cancer Society in Kalamazoo. Some charities would not accept the stuffed animals because they were not brand new, he said.

So his elderly mother washed them all and his father told him to just give them to any takers in an attempt to spread some happiness, Cronkhite said.

But spreading happiness is a lot harder than spreading hysteria, Cronkhite learned.

When his father asked him to distribute the bears to children, it never occurred to him not to do it.

"It was really fun until this happened," said Cronkhite.

"This" being America 2016, when even the police chief says that parents are "rightly on alert for any contact between their children and adults they don't know."

Even when the kids are standing right next to their parents, the parents are "rightly" on alert. Because no one who isn't you should ever interact with your kids. After all, you never know when a man with a teddy bear might pull the syringe out of the bear's stuffing, shoot the parent full of heroin, and run off with the child.

Certainly Cronkhite has learned what it means to be male and friendly and a little offbeat: "I will never try to go out and try to do anything nice for anyone again," he said.

Glenn Beck? Didn’t he say he wanted to greet illegal children coming across our southern border with teddy bears?

Run for your lives.

He was my first thought also.

Us ancients here will recognize the pun.

Now ,if they were stuffed Clowns

We have a lot of stupid people in this country.

I guess some people are beary paranoid. 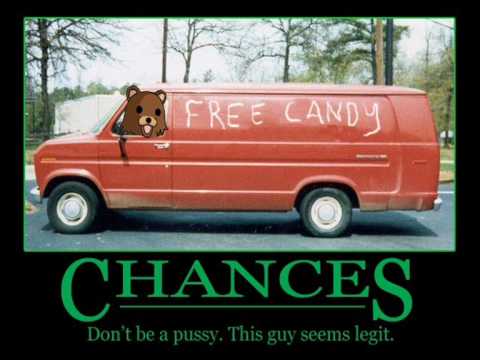 Where is the SMOD or cleansing solar EMP when we need it???

Was it Glen Beck and Ted Cruz getting ready to cross over to Canada? NO, ??? hmmmm....

I’m ancient, but I missed the pun. Could you clue me in?

I’m from the town of Otsego, a peaceful town, he also gave away the bears to businesses to give to children, way over-reaction, sad!

We don’t trust one another and we don’t have a feeling of community because we have no borders.

We take in weirdos.

this craziness passes for normal now the saddest is when people see kids walking home from school and they call the cops because they the kids are unattended, launching an attack by bored bureaucrat social scientist medlers.

Geez, Otsego is way up north. What in the world is going on up there? I’ll bet if we still had our USAF bases, things would be different.

19 posted on 09/19/2016 1:48:11 PM PDT by equaviator (There's nothing like the universe to bring you down to earth.)
[ Post Reply | Private Reply | To 1 | View Replies]
To: Eric Pode of Croydon
at least one frantic mom ripped apart her kid's bear to see if it contained something insidious.

If the bears DID contain something insidious, ripping them apart isn't the smartest plan of action.