What really happened at the Chicago rally - My Firsthand Account
reddit.com ^ | 3/11/16

At 2:30 p.m., I arrived at the Donald Trump rally located at the UIC pavilion in Chicago, IL. There was light police presence at the Blue Line station, and the pavilion was short walk away. There I waited in line for about an hour until making it to the front doors, going through a security scanner, and finding a seat in the main hall.

For nearly two hours the pavilion filled until it neared capacity. It was clear that protesters were seated around the room, given easily away by their manner of dress. Most of the Trump supporters, being suburbanite or small town white people from outside of Chicago, were dressed strikingly normal—jeans and t-shirts, yoga pants or dresses, and the occasional suit.

The first protestors began around 5:30 when two young white males pulled off their coats to reveal t-shirts with anti-Trump slogans. At this point I noticed the police presence inside the rally was a mere 8 police officers, bolstered with hands-off event staff.

Before 6:00 p.m., a man spoke on the microphone and requested that rally attendees do not touch or harm protesters who interrupt the event. He reminded the protesters that Donald Trump supports the first amendment as much as the second.

Following this was a string of smaller incidents, such as people holding up improvised signs and shouting. One entire bleacher row was filled with protesters and they began chanting and throwing around torn up signs. A few people who began standing up and screaming, and were slowly escorted out by police. The police kept leaving the protesters unattended throughout this, taking 4-8 officers to escort protesters out one at a time.

A black man in a black jacket ran up to the front stage, bumped into the podium, and attempted to speak, but was wrestled down by two men in suits. As they escorted him through the crowd, he took a swing at a Trump supporter. The men escorting him were incredibly gentle and restrained themselves from using any force. Then voice came on and declared that the event was postponed. A few minutes later, they informed us that Trump had landed in Chicago and spoken to Chicago Police officers, and that due to safety concerns, the rally was canceled.

At this point, the protesters began to descend into chaos. Aside from a few mild “TRUMP” and “USA” chants, the Trump supporters were mostly quiet and bewildered as the protesters began to scream, chant, and run around the main floor area in a huge pack, flipping off the rally attendees and swearing at them. There were a few tense altercations between the two groups, but from what I saw at this point, no violence.

The rally was instructed to leave the pavilion, and I have to admit, the Chicago Police messed up bad here. We walked straight out of the building and into enormous packs of protesters screaming at us, with little police presence to protect the Trump supporters.

Following this, I wandered the protest grounds to see what was going on. My memory is a bit jumbled at this point because I was so pumped up, but let me string together the events as clearly as possible:

Many of Trump propaganda signs, most commonly depicting him as Adolf Hitler, but others showing him with a small penis, simple signs of text English and Spanish, signs. Young women shouting anti-white racial epithets.

“THE PEOPLE ARE UNITED. WE WILL NOT BE DIVIDED” being shouted at Trump supporters who holed themselves up in a parking garage, quietly fearing for their safety. Another good one by the protesters was “FREEDOM FIRST! FREEDOM FIRST!” Strangely enough, there were a good amount of signs calling for peace and freedom. Lots of peace signs being flashed with the fingers.

A single white Trump supporter who held up a sign and stood quietly as three dozen people surrounded him, smiling and screaming, snatching and pushing at him until he had to run for police cover. Someone grabbed his American flag and threw it on the ground and he fought to recover it. The police escorted him away.

Two young men, perhaps 17-19, standing quietly as they waited for a ride home. They were wearing their MAKE AMERICA GREAT AGAIN hats, looking terrified as people cursed and swore at them, and occasionally threw furious challenges for debate. The two young men held their ground. Only once did one of those hats come down, and it quickly went back on again.

A general atmosphere of pleasure and happiness from the protesters. A common chant was “WE WON!” and “WE STOPPED* TRUMP!” It honestly felt like a social event for the protesters. There was plenty of mingling

Plenty of shouts at Trump protesters that Trump and his supporters are not welcome in Chicago. I challenged one on the first amendment. He said he does not consider himself an American and continued insulting the grizzled old white man he was arguing with.

Extremely inefficient police presence. The cops were lined up on their horses or standing behind barricades, but generally were not present where Trump supporters were being hounded and occasionally struck by protesters. The protesters were primarily composed of millennial-aged: white hipsters, African Americans, Hispanics, and Muslims. Some of the protesters were teenagers below voting age.

The protesters flew a big set of American, Mexican, and Puerto Rican flags. There were lots of small American and Mexican flags too. *The Trump supporters mostly fled for safety immediately. You have to understand, they were outnumbered by thousands of protesters.

There was media presence, but not as much as you’d think. Plenty of areas where chaos was going on had no media nearby. The reporters were mostly getting people to talk to them off to the side where nothing was going on, or focusing ongoing debates between Trump supporters and rally members.

A small amount of the protesters were smoking weed. (I have nothing against this personally, just included for accuracy.)

Plenty of chants for “BERNIE! BERNIE! BERNIE!” Some Trump supporters looked at each other in bewilderment. “But Bernie Sanders isn’t even running against Donald Trump,” was the common sentiment.

Edit: The Trump supporters had a general trust for the police, while the protesters saw their presence as antagonistic. This is especially interesting to me, because as a foreigner and person of color I am generally afraid of police.

Obviously I did not see everything that occurred as I wandered the protest grounds outside the cancelled Chicago rally. What I did see, however, was fear. Fear from the rally attendees for their immediate safety, and fear of Donald Trump from the protesters.

More than that, I feel that I experienced today, for the first time in my life, true totalitarianism and authoritarianism, expressed laterally from citizen to citizen, in order to silence opinions from being shared. This enforcement was shared through sheer numbers and intimidation, and in a few cases, violence.

People brought their children, loved ones, and friends to attend the Trump rally. I saw an older Asian man and his white wife in attendance, and the looks on their faces when the rally was declared cancelled almost broke my heart. I saw scared children clinging to their parents’ sides as they exited the building to the screams of protesters. I saw a quiet, but excited crowd of Donald Trump supporters get thrown out of Chicago.

Worst of all, I saw the first amendment trampled, spit on, and discarded like trash.

This cannot go on. As I finish this, I feel a sense of utter dread and hopelessness for what is becoming of the youth in this country, particularly those of the regressive left. So polarized has political opinion become, that dissenting thoughts on college campuses are now seen as hateful. These people deal in absolutes. They are right, and whatever means they must take to achieve their ends, they will do it. They will not stop themselves from violence or censorship. They will do it, and they will call hell down upon you if anyone dare does upon them the same.

Tonight I went to the Trump Rally to hear the thoughts of not only the man who was supposed to come and speak, but the people who support him. I found respect. I found calmness. I found peace.

The truth is, I am a legal immigrant, not a US citizen. I am not American. I am not white. I cannot vote. After tonight, I support Donald Trump.

Lastly, for anyone who thinks the protesters didn’t incite violence tonight, I offer you this. Updates:

Super Hat Bros FOUND! Personal friend of theirs speaks out

Another account from the PoliticalDiscussion subreddit Thanks for the gold and all the kind comments. I hope you guys stay safe. Remember that the best way to make America great again isn't just voting, but making yourself great too. That goes to anyone who reads this, regardless of who you support or what you believe.

“It honestly felt like a social event for the protesters. There was plenty of mingling.”

Womdering who paid to ship them in

Ineffective cops. Where have I heard that before?

Go back over the past five years and look around....over and over....people are summarizing their local town or city and the label of ineffective cops gets talked about.

Mayors and political agenda artists always hype up more payroll and more cops coming on to handle the local crime problems which seem to escalate on a yearly basis. More cops....less effectiveness? What does that mean? A false sense of protection. Get the talking dogs to discuss in a public debate.

this was a move-on event.
Hillary

Heading over to Dayton in a few minutes to see DJT. Trump is scheduled to talk at 10:00am. I can’t wait to hear what he has to say about Chicago. This is going to be epic.

Thank-you......and I appreciate your honesty!

Words cannot express how angry I feel about these thugs.....and the pack of jackals called media......and Ted Cruz for using it or trying to use it to his advantage..( which I think will utterly backfire on him)

When this country runs out of money and can't pay the 47% it is going to be REALLY REALLY ugly. 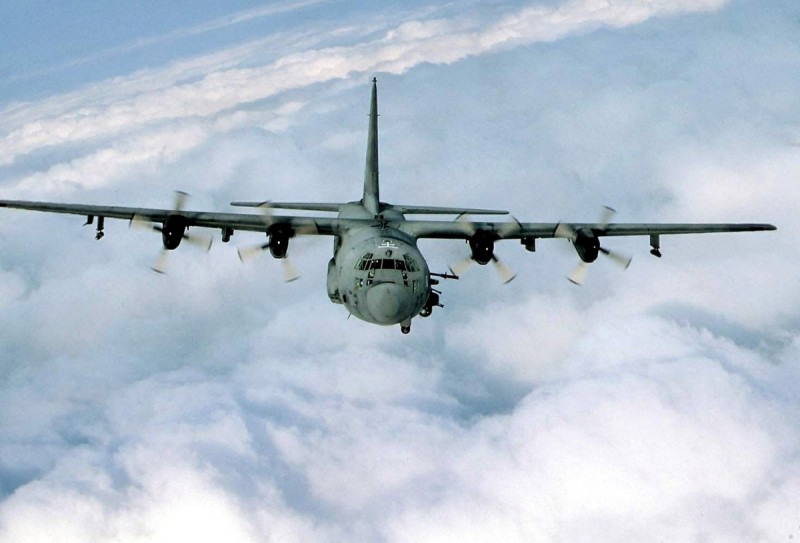 OK, I now realize this was written by someone else....
....still very well written

Ted does not believe in the First Amendment. He will never be president or on the Supreme Court.

I was on the fence before last night, now I’m all in on TRUMP!!!

You don’t suppose the Chicago police were ordered to be ineffective ?

I’d bet they were.

Tell me about the effective nature of Chicago cops. Maybe there would have been 150 people shot and killed....if they hadn’t done so much?

Thank you for the details. Doesn’t Trump hire security?

>>>The truth is, I am a legal immigrant, not a US citizen. I am not American. I am not white. I cannot vote. After tonight, I support Donald Trump

Thank you for your personal writings. Many of the silent majority would agree!

Bushwon was there. Read firsthand report by user search!