It has become increasingly clear that the "self-funded" candidate in the Republican presidential primary, Donald J. Trump, will destroy the GOP's chances to win in November if he is not the nominee. Leftist groups are ecstatic over Trumpâ€™s "Bush lied, people died," mantra over the Iraq war. Internet trolls for Vladimir Putin are firmly behind Trump, saying he has the right recipe for accommodating Russia.

How did this happen? Conservatives who should know better went beyond praising his attacks on political correctness to welcoming him as a legitimate conservative candidate for president. Last year, Matt Schlapp, the chairman of the American Conservative Union (ACU) and co-founder of Cove Strategies, a lobbying firm, went on MSNBC and was asked by Chris Matthews if Trump is a "plausible president." He said "Yeah. Definitely. Definitely." He also said, "I actually know Donald Trump," in regard to some of the businessman's other controversial comments. Such remarks sent the message to conservatives nationwide that Trump was one of them.

Ironically, Schlapp is the former political director for President George W. Bush, now accused by Trump of lying to get the U.S. into the Iraq War. How well does Schlapp really know Trump? 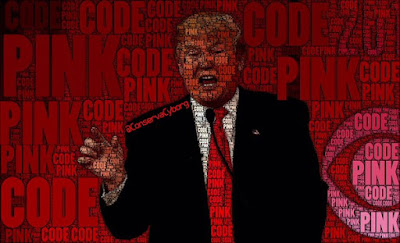 He did not buy a failed movement. He ignored all the Ideology and Philosophies and moves us toward practical politics and solutions.

This is why you people are losing to Trump. You keep clinging to your failed Establishment political playbook of selective quotation, exaggeration and lying by omission. You guys do not get it. The political playbook itself is part of the problem. you are using the same old political tactics in a year when people are completely fed up with “politics as usual”

Your candidates are acting like standard issue politicians running standard issue “politics as usual” campaigns and you wonder wondering why they are losing ground!

The voters have heard all the same thing from the GOP candidates for 3 decades. All the high flying rhetoric on ideological purity are meaningless to a voter who been underemployed since 2008,is worried if his employer is going to move his job to Mexico tomorrow and whose kids go to a corrupt, incompetent, gang infested school.

People want solutions, not “how many Conservatives can dance on the head of a pin”, ideological debates.

” Conservatives who should know better “

You guys seriously dont know when to shut up and stop digging, do you?


Consider Iraq. After each pounding from U.S . warplanes, Iraq has dusted itself off and gone right back to work developing a nuclear arsenal. Six years of tough talk and U.S. fireworks in Baghdad have done little to slow Iraq's crash program to become a nuclear power. They've got missiles capable of flying nine hundred kilometers-more than enough to reach Tel Aviv. They've got enriched uranium. All they need is the material for nuclear fission to complete the job, and, according to the Rumsfeld report, we don't even know for sure if they've laid their hands on that yet. That's what our last aerial assault on Iraq in 1999 was about. Saddam Hussein wouldn't let UN weapons inspectors examine certain sites where that material might be stored. The result when our bombing was over? We still don't know what Iraq is up to or whether it has the material to build nuclear weapons. I'm no warmonger. But the fact is, if we decide a strike against Iraq is necessary, it is madness not to carry the mission to its conclusion. When we don't, we have the worst of all worlds: Iraq remains a threat, and now has more incentive than ever to attack us.
- Donald Trump, The America We Deserve


...The invasion of Iraq, he proposed, was based upon a "lie." Its advocates, he submitted, were engaged not in a mistake, but in a conspiracy. And, worst of all, George W. Bush was to blame for 9/11.

...Trump wants us to rig the game so he will always emerge as the winner. Irritated that Trump repeatedly gave money to the Democrats, including before the 2008 wave? Upset that Trump praised Nancy Pelosi as "terrific" when she picked up the gavel that would pass Obamacare? Annoyed that Trump called for an assault-weapons ban just as the right to keep and bear arms was being restored piece by piece? Angry that, just three years ago, he was slamming Mitt Romney for his harsh stance toward illegal immigration? Don't be. He "wasn't a politician" back then, and besides, "that's just what businessmen do." If, on the other hand, you are impressed that Trump isn't on record anywhere supporting the War in Iraq... well, that's because he has always had brilliant instincts and will make a top-notch commander in chief.

The Trump Tapes - Vol. 1
Guns - he supported an assault weapons ban and a longer waiting period to purchase a firearm.

Healthcare - Trump said he was "very liberal when it comes to health care" and that he believes in "universal healthcare."

Abortion - he was pro-choice and for partial birth abortion.

Democrats - he said Hillary was a fantastic senator, praised Pelosi, and said Obama is a great President. Trump was first on the Wall, immigration ad other major issues.
He was also right and outspoken about Iraq before Bush and Hillary went in.
To the whole country Trump W come off as the only one right about Iraq and shows he has the stuff to stand up on other crucial issues.

Can we also hear about how Lloyd Blankfein of Goldman Sachs, and Jaime Dimon of JP Morgan Chase bought Cruz ?

Oh well. They should have secured that border. Instead, they put McCain and Graham in charge of things up there.

Trump took the right flank on immigration day one and he will ride it all the way to the White House. They should have been less dismissive/insulting to the Americans.

Trump has thankfully ushered in common sense conservatism. This is a philosophy that rings a bell with a broad spectrum of voters. That is why Trump is drawing the crowds and leads in every demographic. Its time to quit beating the bible and beat the Democrats.

It’s as plain as the nose on your face. The voters are sick of the GOP’s lies and their refusal to do anything about our overreaching/tyrannical federal government, even after giving them the majority in the House and Senate. No opposition whatsoever. In fact, it appears the GOP is all in for big government and open borders.

The voters are now in open rebellion and the GOP still fails to see the light.

The “Conservative Movement” is just a bowel movement, not real conservatism. It doesn’t conserve anything at all. It is sugar coating to hide the hostile NWO gloBULList corporate take over of all industry.

Granted, but I don’t want to be worse off then before when it is all over.

“The â€œConservative Movementâ€ is just a bowel movement, not real conservatism.”

Oh, thank God we have a New York democrat show up to tell us what “real conservatism” is, then.

A lot of people had already turned against the Conservative movement. That’s why they gravitated to Trump.

The Conservative movement stood by for three decades and let RINOs redefine it as “a giveaway to our donor class”.

“A lot of people had already turned against the Conservative movement. Thatâ€™s why they gravitated to Trump.”

It’s no secret that this country was founded on “biblical laws and principles,”...The American CONSTITUTION is based on God’s laws.... Our Christian forefathers saw to that .

....It’s also apparent that far too many people Have Turned their backs on God....and we know when Nations Do This, Their End Is Near. ....Which is what all Freepers have been complianing about...saving their country.

Now we have a presidential candidate Trump pushing an ‘amoral agenda’ on America,...a ‘new ‘morality an undefined political stance which is no morality or stance at all... ...jamming it down the throats of the American people with every news media pundit and network he can corral to carry that message.

We have become a people of slogans and headings, not looking for facts or viewing history, a people who move from one news cycle to another with out remembering all the chaos and scandals of the day before...... One only has to read “Rules for Radicals”, by Alinski to see what’s happening in this election.

Those that have fought for righteousness and stood firm in their faith such as Cruz and others like him have fought the good fight in WAshington and elswhere trying to get this nation to see it needs to wake up before God spits us out of His mouth.

There’s an alarm sounding and people better start listening....opening their eyes....and stop playing stupid......This United States of America is a nation in judgment for teaching the culture of materialism, self-seeking, and self-love........ They have declared the guilty innocent and the innocent guilty, all the while; they are crucifying good to embrace evil.

When God has determined that not enough righteousness exists in the people of this country, then the Judgment must and â€œwillâ€ be executed against the nation.

You may think you’re just electing a President.....but be warned there is more at stake here then a Presdential race if the wrong man is chosen.