For years, Maira Perez thought to be healthy she had to eat salad -- and certainly not the food her grandparents and parents grew up eating in Mexico.

Even her doctor once suggested she "slow down on the tortillas," she recalls, as they discussed managing her weight. After a string of short-lived and frustrating diets, the CSU East Bay student found the inspiration she needed in professor Luz Calvo's ethnic studies course, which gave her a new, healthier take on traditional Mexican food, inspiring her to cook "the tamales, the beans, the fresh tortillas, nopales -- the things we thought of as unhealthy."

You means cooking the Spanish taught the native Indians in Mexico 1500-1750?

Everything in moderation and nothing in excess.

I wondered what happened to KD Lang...

Vanilla is also from Mexico. 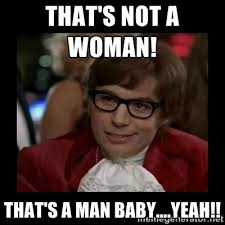 Posture, man....POSTURE. (One of my pet peeves)

Why did I know it was going to be a dyke.

Amazing what can be achieved with mere wheat flour and water. Even lutefisk goes well w. lefse, if properly cooked by someone that understands and appreciates the absolute necessity of NOT OVERCOOKING fish.

Lotsa carbs in those beans.

Chocolate + Chili = Mole which I enjoy with Chicken and my all time favorite Nopales (Cactus). I enjoy them either raw or cooked. I like it raw for the crunchiness or cooked right out of the jar. =)

It is said Cactus is good for diabetics.

Admittedly, death begins int he colon. I’m not sure why a breast cancer survivor would want to de-colon-ize.

You eat what you want to eat, and I shall eat whatever I jolly well please.

She is not a “dyke”. In Mexico they would call her a “machorra” (macho woman). I don’t want to impose American culture on her.

A pet peeve of mine is people who judge others from a lack of knowledge and assume a physical or mental condition is a persons choice. The are 15 causes of Kyphosis listed below. Only one is bad posture. This can also be characterized as a which came first - the chicken or the egg problem.

Kyphosis, also known as a round back or hunchback, is a condition in which the spine in the upper back has an excessive curvature. The upper back, or thoracic region of the spine, is supposed to have a slight natural curve. The spine naturally curves in the neck, upper back, and lower back to help absorb shock and support the weight of the head. Kyphosis occurs when this natural arch is larger than normal.

If you have kyphosis, you may have a visible hump on your upper back. From the side, your upper back may be noticeably rounded or protruding. In addition, people with hunchback appear to be slouching and have noticeable rounding of the shoulders. Kyphosis can lead to excess pressure on the spine, causing pain. It may also cause breathing difficulties due to pressure put on the lungs.

Kyphosis in elderly women is known as dowagerâ€™s hump.
Common Causes of Kyphosis

Other potential causes of kyphosis include:


Less commonly, the following may also lead to kyphosis:

infection in the spine
birth defects, such as spina bifida
tumors
diseases of the endocrine system
diseases of the connective tissues
polio
Pagetâ€™s disease
muscular dystrophy


When to Seek Treatment for Kyphosis

You should seek treatment if your kyphosis is accompanied by:

Much of our flexibility, mobility, and activity depend on the health of the spine. Getting treatment to help correct the curvature may help you reduce the risk of complications later in life, such as arthritis and back pain.