Weird, after looking more closely at the zoom-ins I made, it appears that what looks like a nose in the pic on the right may actually be a continuation of whatever that is in the background. But where then is his nose in the pic on right??

I hope they find him soon and I hope he resists arrest.

…AND the hoodie description. AND the Timberlands….AND the bluejeans. 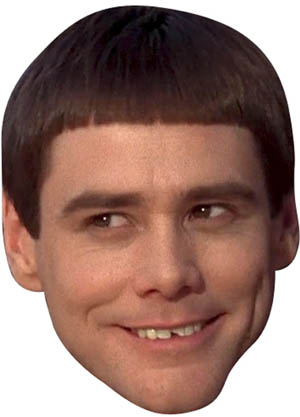 I think he looks a lot more like Lloyd Christmas.

And as another person said, the face is very flat.

The U.S. is just one big Jerry Springer show.

Who shoots up a church on Wednrsday night after 9:00 pm?

None of this makes sense.

Could possibly be a wig.

Check out that bowl hair cut.

That seems to be the common hair cut of loons that go on shooting sprees.

The fingers as well.

A non-black sitting around in a black church is going to attract notice. Perhaps the witness was observing him before he started shooting?

Yes he does.... Kind of like the Batman shooter in Colorado movie theater too.

Yes, you might be right (see my post 141). I figured the color difference may have been due to a bright reflection. In any case, the pic on the left clearly shows a somewhat large nose.

If he is in fact NOT white, this story will disappear and the gunman will be shot to death in a gunfight with police. There is a “skeptic” magazine and some real Chrustian-hating prigressuve activists in Charleston .

It been reported he let someone go to tell others what happened. Why do that?