What happens if you put a 9-foot-long missile in the passenger seat of your convertible and drive for an hour on busy South Florida streets on the day the President of the United States is visiting?

“Some people were a little horrified, but nobody did anything,” Boca Raton businessman Tom Madden said.

Madden drove from Dania Beach to Boca Raton on Thursday morning with the business end of an Israeli Air Force air-to-surface missile rising from the passenger seat of his topless Volvo.

Madden, who owns the public relations agency TransMedia, got the missile from an elderly widow who lives in Miami. The woman’s deceased husband won it years ago at a Palm Beach auction to benefit the Israeli military, Madden said.

The missile, minus its explosive charge, is purported to be an artifact from the Six-Day War in 1967.

“She got tired of schlepping the missile around to various apartments,” Madden said.

So he was happy to take it off her hands, figuring that the Israeli missile may still have some fund-raising value in another charitable event. So he picked it up, and with the help of five guys lugged it into his office.

“We could have sent a truck for it,” he said, “but I thought I’d have some fun.”

The day he decided to get the missile just so happened to be the day President Barack Obama was visiting the National Hurricane Center in Miami-Dade County after a night of local fund-raising.

“With Obama in Miami, I was having second thoughts,” Madden said. “I thought people would see me driving around with a missile and it might cause some trouble.”

But he had nothing to worry about.

“When a police car pulled up beside me, I’m thinking ‘This is it,’” he said.

But the officer didn’t stop him. And it didn’t faze the McDonald’s worker in the drive-thru lane either, when he pulled up to order a diet Coke, Madden said.

I guess that Homeland Security’s slogan, “If you see something, say something”, hasn’t quite penetrated the local consciousness.

Either that, or the missile was just too big of a weapon to cross the threshold of concern.

Take, for example, what happened seven years ago, when William Barnes, a former West Palm Beach police chief, decided he would donate an antique rifle to the Historical Society of Palm Beach County.

Barnes had a rife that had been seized in 1924 from Florida gangster John Ashley. A curator at the historical society expressed interest in the weapon, and so Barnes delivered it.

But when he walked into the old Palm Beach County Courthouse in downtown West Palm Beach with the antique rifle on his shoulder, he created panic among the staff, causing waves of deputies to come running to the building.

Maybe Madden’s journey to Boca Raton would have been more eventful if he had a rifle instead of a missile sticking up from the passenger seat of his convertible.

He shoulda had it in the back of a white Toyota pickup in a fake launcher.

When the Cubans were training in the Florida Everglades to overthrow Castro a couple guys went in their passenger car on the highway with a bazooka visible in the back:

A police officer pulled them over but had to let him go.

A bazooka is a single-shot weapon, all of which regardless of size were then legal at that time in Florida. I’m sure many people blinked. But then you move on. You can’t do an hour on the freeway without seeing something weird, if you made a fuss every time you’d never get to your destination.

Dialog of the day;
I said to her ‘Do you see what’s beside me?’
She replied blankly; ‘Do you want small or large’.

She may have been as cute as Maria Harf, and probably has guys trying all kinds of ice breakers and conversation starters at her window. “Don’t react to their bluster, don’t take the bait!” This guy was too old, so no way would he be getting her phone number.

Here is a sample of what they fly there.
https://www.youtube.com/watch?v=x0cA0yMKD4U

Well, at least he had it seat belted, properly. :-/

Good luck with the launch!

I used to keep a spent LAWS rocket on the rifle rack in my pickup just for fun. Had a State Trooper start to pass me one day. He saw it, slowed down to get a better look, then laughed and shook his head and went by. That was 25 years ago. Not sure I’d get the same reaction now.

The only thing surprising about not getting stopped is Florida is not an open carry state.

Thanks for posting. I actually laughed out loud at that one. 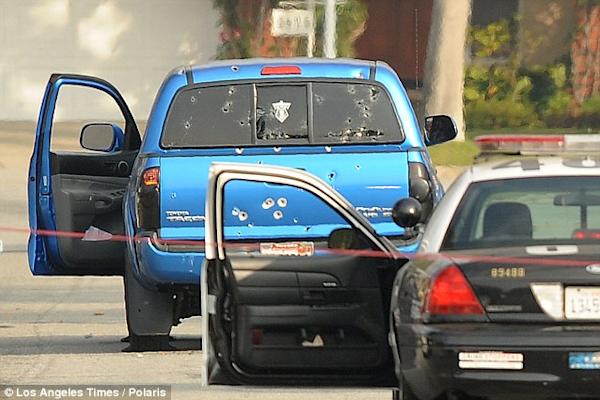 18 posted on 06/03/2015 9:11:41 AM PDT by Jeff Chandler (Doctrine doesn't change. The trick is to find a way around it.)
[ Post Reply | Private Reply | To 1 | View Replies]
To: CrazyIvan
There was an article a few years ago about a PIAT launcher pulled out of a river/lake, and the authorities treated it as a dangerous explosive.

Yeah, if the launch spring was cocked, and rust compromised the structural integrity, people could get hurt if it let loose or broke apart.

Is that a photo from the story? because that looks to be and air to air Sidewinder.. not some air to ground like the story spoke of