The State Department may have ignored or rejected a request made in 2012 under the Freedom of Information Act by the watchdog group Citizens for Responsibility and Ethics in Washington (CREW) seeking Hillary Clinton’s email addresses, according to a Daily Caller report on Thursday.

The New York Times reported on Monday that Clinton exclusively used a private email account and server for her email during her four years as secretary of state, skirting federal records laws, as well as State Department and Obama administration transparency guidelines, and raising suspicions that numerous public records requests for her emails were improperly blocked.

CREW’s request came on the heels of news that former EPA administrator Lisa Jackson had used an alias email account to conduct government business, and the organization was seeking to see if other senior officials used similar pseudonymous email accounts.

“CREW seeks to learn how widespread this practice is, and to evaluate the extent to which it has led to under-inclusive responses to FOIA, discovery, and congressional requests, and a failure to preserve records in a way that complies with the Federal Records Act,” Weismann wrote.

The State Department’s FOIA log for 2012, which shows all requests made to the department that year, lists the request as “closed.” However, Weismann said in an email to the Washington Free Beacon that the State Department acknowledged the request, but her group had received no further response.

CREW is now run by David Brock, a staunch Clinton defender and founder of Media Matters. Brock has saturated cable news airwaves this week pushing back against allegations that Clinton acted unethically in using private email.

The State Department’s FOIA office did not immediately respond to an inquiry for the status of CREW’s request. A specialist in the office told the Daily Caller that CREW’s request was closed in May 2013.

The State Department office of public affairs has not responded to any requests for comment made over the past several days by the Free Beacon.

CREW is only one of several groups whose FOIA requests for records on the former secretary of state and her top staff were either rejected or slow-walked to the point of being a de facto denial.

Gawker filed a FOIA request in 2013 for emails between Philippe Reines, a former State Department spokesman and longtime Clinton staffer, and more than 30 news organizations, only to be told a year later that the department could locate no such emails.

The Associated Press has several outstanding FOIA requests regarding the secretary of state’s office, one of which is over four years old, and is currently mulling a lawsuit against the State Department.

A Vice News reporter is also suing the State Department for its records on Clinton.

The Washington Free Beacon has filed FOIA requests for the internal processing notes on how the State Department handled Gawker and CREW’s requests.

Gee, I can't imagine why. In light of recent revelations.

This entire bunch of crooks should be tried for refusing to comply with the Open Records Act. It shouldn’t only apply to Republicans.

Yup, coverup. I can hear the call for the joint committee to investigate this in 3 2 1...oh, forgot, they are gone for the weekend.

Has anyone checked in Sandy Berger’s socks? 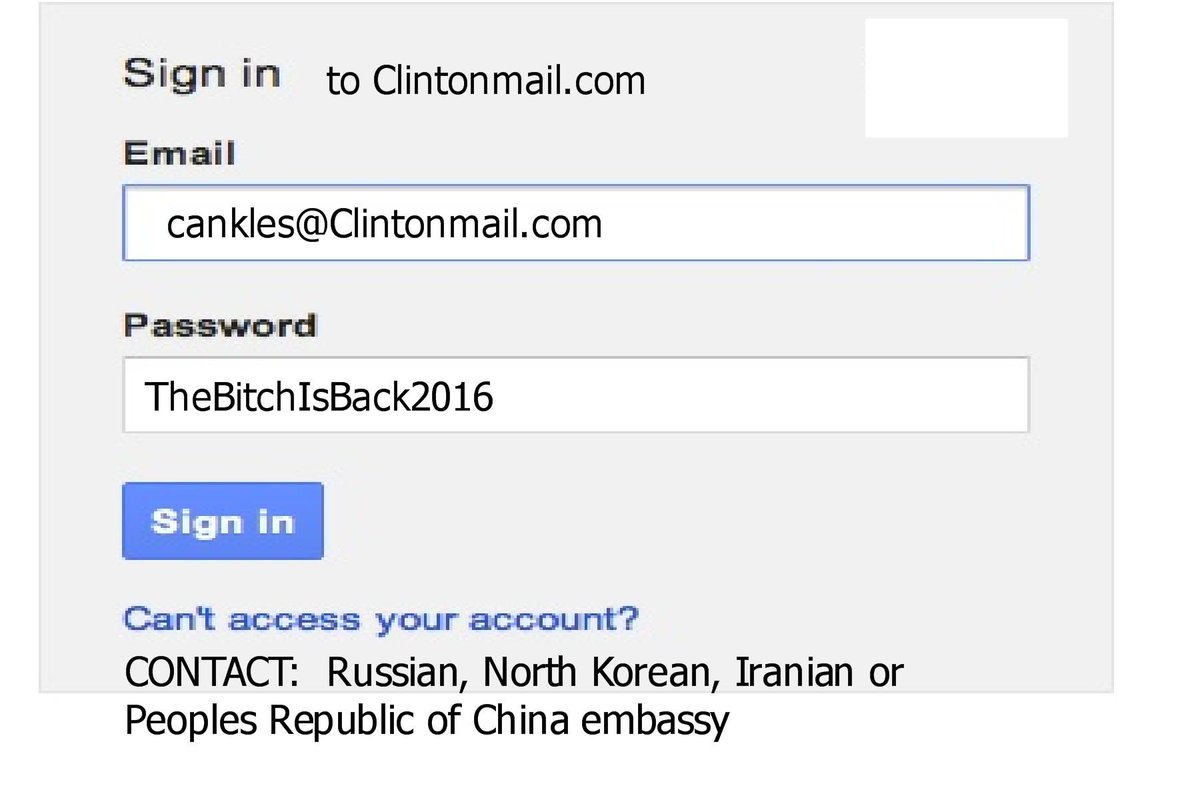