MADISON, Wis. — Former U.S. Sen. Russ Feingold is doing more than dropping hints that he may seek another run at the seat from which he unceremoniously dumped during the conservative revolution of 2010.

Multiple media accounts assert the Wisconsin Democrat has been “reaching out” to supporters — possibly potential donors — in recent weeks to feel out a 2016 Senate bid against first-term Republican Sen. Ron Johnson.

But is the man whose name is synonymous with campaign finance reform and expansive political speech policing violating the long-standing federal Hatch Act, which limits executive branch employees like Feingold from politicking on the job?

A former White House legal expert says there’s certainly a lot of smoke surrounding the recent political teases by Feingold, who this week is winding down his nearly two-year tenure as special envoy for the Great Lakes Region of Africa and the Democratic Republic of the Congo.

Perception, at least, may be a problem for the former senator who brought to U.S. politics the McCain-Feingold Act, otherwise known as the Bipartisan Campaign Reform Act of 2002.

Feingold was still on the U.S. State Department clock as of Wednesday.

The former senator of 18 years has not formally announced his intentions to run, although he has, as a recent MSNBC piece notes, been dropping a lot of hints.

There is no evidence to suggest Feingold has been raising any money for political purposes, but his reported conversations with Democrat fat cats raise some questions about Feingold’s strict adherence to the Hatch Act.

In a Feb. 5 article, The Hill extensively quotes U.S. Sen. Jon Tester, D-Montana, and chairman of the Democratic Senatorial Campaign Committee, talking about conversation he had with Feingold in early January about a possible rematch against Johnson.

Tester told the publication that Feingold has been seriously considering a run and that the former senator had learned his lesson from what many Democrats viewed as Feingold’s lackluster 2010 campaign.

“The conversation (with Feingold) was ‘It’s a new day now.’ In 2010, Citizens United started about two-thirds of the way through on that race, I believe it was in June on a November election. It’s a different world now. And he knows that, he’s smart. He’s a Rhodes Scholar, for chrissakes. And he knows what he’s getting into,” Tester said in The Hill piece. “Russ is a good guy and if Russ chooses to (run) he’d be a formidable candidate. I think he learned from the last election. You learn a lot more from defeat than you learn from victory and he’ll utilize that if he gets into this race.”

The U.S. Supreme Court, in its 2010 landmark Citizens United v. Federal Election Commission ruling, struck down a key portion of the law, named after Feingold and Sen. John McCain, R-Arizona, that had limited spending on corporate-and union-funded political ads.

The story notes the law that has kept Feingold from overtly declaring a campaign, even as the former senator, recently “toyed with reporters,” in the words of the Huffington Post, in referring to his aide, Mary Irvine, as his “once, current and, I hope, future chief of staff.”

“Even though the Hatch Act … prevented Feingold from publicly lobbying for the job, most understood that his return was likely,” the National Journal piece asserts.

But did Feingold step over the Hatch Act line in his heart to heart with Tester, as well as his other reported political conversations with Democratic Party power players?

The law, as one government expert put it, is loaded with more than 50 shades of gray. It specifically prohibits federal employees like Feingold from formally declaring candidacy or filing nomination papers or raising money for a political run. But Feingold also is barred from doing any polling or various other activities under what is often referred to as the “preliminaries.”

“The Hatch Act’s prohibition against candidacy ‘extends not merely to the formal announcement of candidacy but also to the preliminaries leading to such announcement and to canvassing or soliciting support or doing or permitting to be done any act in furtherance of candidacy,’” states a 2009 legal opinion from the U.S. Office of Special Counsel, quoting from the act.

“Because the Hatch Act has been interpreted to prohibit preliminary activities regarding candidacy, any action that can reasonably be construed as evidence that an individual is seeking support for or undertaking an initial ‘campaign’ to secure nomination or election to office would be viewed as candidacy for purposes of the Hatch Act.”

One of the examples underlined on the list of preliminaries is “meeting with individuals to plan the logistics and strategy of a campaign.”

Experts from the Office of Special Counsel could not speak to individual cases, but said that sometimes preliminaries are more subtle and require a proper investigation to determine whether a line has been crossed.

Feingold could not be reached Wednesday for comment at the State Department. An official there did not return a call after being asked by Wisconsin Reporter if the agency had any concerns regarding Feingold and the Hatch Act. Nor could the envoy be reached through Progressives United, the liberal political action committee he founded in 2011 to “combat the corrupting influence of corporate money in our elections and government.” Feingold has not been involved in its operation since he took the federal post.

The former senator, in a Facebook message this week, said he planned to return to California’s Stanford University, where he will spend portions of 2015 teaching international relations and law. A receptionist in the law department said Wednesday that Feingold did not have an office established there.

Feingold did hint at his plans on his Facebook page.

“For most of the rest of this year, I will be living at my home in Middleton, Wisconsin, from where I will travel the state extensively. I will listen carefully to my fellow Wisconsinites talk about their concerns, especially those involving their economic well-being. I will also seek their counsel on how I can best further serve my country and the state I love,” he wrote.

Scott Coffina, a Washington, D.C.-based lawyer and an associate for the White House counsel’s office during the George W. Bush administration, said he doesn’t believe Feingold has quite crossed the line, at least based on the reports he has seen. It’s a matter of contemplation versus actualization, Coffina said.

And while the updated Hatch Act comes with a litany of penalties, including civil fines and removal from the position (something that would mean little to Feingold at present), Coffina said the Hatch Act is “surprisingly forgiving for what people can do while off duty.”

Coffina said it would be strange if the guy behind McCain-Feingold got busted for violating the federal law on government workers and politics.

More than anything, Coffina said, Feingold could have a perception problem. Just engaging in a public dialogue about his potential candidacy sends a message to potential Democratic rivals, freezing out donors and other candidates who may have considered a run.

“There is some political calculation that goes into speculating about your political future,” Coffina said. “If you are Russ Feingold … perception is important.”

2 posted on 03/06/2015 7:23:42 AM PST by originalbuckeye (Moderation in temper is always a virtue; moderation in principle is always a vice. Paine)
[ Post Reply | Private Reply | To 1 | View Replies]
To: afraidfortherepublic; Hunton Peck; Diana in Wisconsin; P from Sheb; Shady; DonkeyBonker; ... 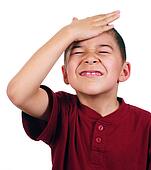 I posted his picture just because he looks so mean.

Feingold sponsored a Senate bill that would make ALL water property of the US Government. I’m surprised it didn’t get passed. If he gets elected and the Republicans hold the Senate mcconnell may be able to get it passed for him.