The Islamic State is nothing if not ambitious. Despite no record of current 'airplane' assets in their annual reports, ISIS has begun detaining and forcing Syrian pilots to train militant fighters to fly stolen aircraft. According to CNN Arabic, the pilots (and their planes and helicopters) were abducted when the terrorist group gained control of Tabqa military base. It appears that if beheadings, executions, and whippings are not enough to strike fear into the hearts of the locals, then (just as America is tryiung to do), an air assault will greatly demoralize. We can only imagine how this changes Obama's strategy (and just where are all the rest of Syria and Iraq's airplanes stored?)

The Islamic State of Iraq and Syria said in a recent tweet it is forcing detained Syrian pilots to train militant fighters to fly stolen aircraft, CNN Arabic reported on Saturday.

In an account reportedly associated with the militant group, ISIS said in a tweet the pilots were abducted when the group gained control over the Tabqa military airbase in Raqqa Province.

ISIS seized the airbase earlier this month. The major airfield houses warplanes, helicopters, tanks and other artillery and ammunition, which were also confiscated by ISIS, according to several media reports.

ISIS did not provide any information about the nature of the training, according to CNN Arabic.

Well, if that’s typical military aircraft of ISIS pictured, I’m not worried. I suspect it’s not, though. However, how big is the Syrian air force, how well equipped and how much damage could they do in a relatively short period of time?

The Covert Origins of ISIS
https://www.youtube.com/watch?v=oMjXbuj7BPI

It takes time to train an effective combat pilot. I suspect these new ISIS pilots are going to be falling out of the sky on a regular basis. Syria has a fairly effective and competent IADS. These goat humpers aren’t going to be very good once their missile warning systems start blaring.
Get your popcorn ready, this should be entertaining.

Marched to their deaths: Sickening ISIS slaughter continues as 250 soldiers captured at Syrian airbase are stripped then led to the desert for mass execution Muslim VS Muslim, not all bad.

Every last one of these aircraft should be bombed to obivion. Paging Obama on hole 9...

Hey, training jihadists to fly stolen aircraft works, as we all learned on 9/11/2001. Well, not all of us — Paultards agree with Ron Paul that 9/11 wasn’t a jihadist act.

Amazingly, the Indians never noticed a commercial jet going over their airspace for hours....

Flying a jet or chopper is more complicated than driving a pickup truck or Humvee.

If I was one of those Syrian pilots, I’d get my trainee to eject himself and then fly home.

First, let’s hope the captured pilots are making mistakes in their training instructions.

Second, they may be able to fly them somewhere once or twice, but to have an Air Force, they will need to maintain. They probably excuted all the maintenance personnel.

My Special Forces son spent 4 months at helicopter maintenance school, so he could manage a fleet of 6 or 8 helicopters. My other son who worked for an avionics company said 4 months was not enough for him to repair them, but only to communicate with the workers and know what he was ordering for repairs. Fat chance that ISIS will be able to do that.

Why not eject yourself and let the ISIS guy die in the crash?

Can we get in-cockpit video feeds? I’d love to see this, it would be hilarious! The basic mechanics of flight are easy. Everything else...not so much. 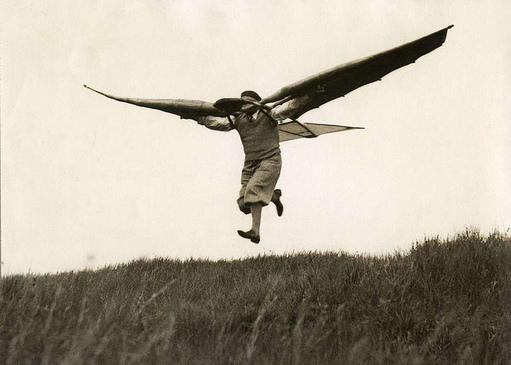 They have over $6 billion dollars and counting. You can hire mercenary maintenance personnel from the third world (MiGs are everywhere) for $20,000 a piece all day long.