WaPo had this story a few days ago but Byron York has a smart post today about its deeper significance, as an expose of the White House’s latest lie about illegal immigration. Why are illegals from Central America, many of them kids, now streaming across the southwest border at a rate of 35,000 per month? Ask an Obama spin doctor like Josh Earnest that question and he’ll tell you there’s a simple explanation: Violence. They’re fleeing into Mexico to get away from gang wars, then continuing north to the United States.

Ask the illegals themselves, though, and you get a different answer:

Recent days have been filled with anecdotal reports, from local news outlets in Central America to major American newspapers, citing immigrants who say they came because they believe U.S. law has been changed to allow them to stay. And now comes word that Border Patrol agents in the most heavily-trafficked area of the surge, the Rio Grande Valley sector of Texas, recently questioned 230 illegal immigrants about why they came. The results showed overwhelmingly that the immigrants, including those classified as UACs, or unaccompanied children, were motivated by the belief that they would be allowed to stay in the United States — and not by conditions in their homelands. From a report written by the agents, quoting from the interviews:

“The main reason the subjects chose this particular time to migrate to the United States was to take advantage of the ‘new’ U.S. ‘law’ that grants a ‘free pass’ or permit (referred to as “permisos”) being issued by the U.S. government to female adult OTMs traveling with minors and to UACs. (Comments: The ‘permisos’ are the Notice to Appear documents issued to undocumented aliens, when they are released on their own recognizance pending a hearing before an immigration judge.) The information is apparently common knowledge in Central America and is spread by word of mouth, and international and local media. A high percentage of the subjects interviewed stated their family members in the U.S. urged them to travel immediately, because the United States government was only issuing immigration ‘permisos’ until the end of June 2014…The issue of ‘permisos’ was the main reason provided by 95% of the interviewed subjects.”

There is no “new law” — yet — that grants illegals the right to stay provided they make it across the border by June 30th. Where that idea came from is unclear, but it’s probably related to DHS’s two-year extension earlier this month of DACA, the executive amnesty for DREAMers that Obama ordered in 2012 as an election gimmick aimed at Latino voters. If you applied for two years of deportation relief under DACA at the time, you just got another two years’ reprieve courtesy of Barack Obama’s DHS. That doesn’t mean you get two years if you cross the border now, but go figure that some foreign media might misunderstand given the administration’s cheerleading for amnesty. Case in point:

“Almost all agree that a child who crossed the border illegally with their parents, or in search of a father or a better life, was not making an adult choice to break our laws, and should be treated differently than adult violators of the law,” Homeland Security Secretary Jeh Johnson is quoted in a story about a new two-year extension of the Deferred Action for Childhood Arrivals policy published by Diario El Mundo in El Salvador.

Between the media pushing bad facts and opportunistic traffickers in Central America trying to drum up business by amplifying the lie, no wonder you’ve got a surge of illegals trying to sneak in under the wire. In fact, some of them aren’t even sneaking: The LA Times says some illegals are surrendering to the Border Patrol immediately once they’ve made it inside the U.S. in the expectation that they have amnesty now that they’re here. Think O’s going to enforce the law and send those immigrant moms and kids back to Central America after they spent huge sums to try to make it here?

As some Democrats on the committee had already suggested, Johnson told Cornyn that, if there, in fact, are misperceptions about U.S. law among illegal immigrants, the way to clarify the situation is to pass comprehensive immigration reform. “If comprehensive immigration reform is passed, the uncertainty that may be existing in people’s minds about our law gets resolved,” Johnson said.

The only way to convince illegals that there’s no mass amnesty in effect is to … pass a mass amnesty. Not even Josh Earnest could float that argument with a straight face, so Biden’s headed to Central America this week to try to convince would-be illegals in Guatemala, El Salvador, and Honduras that, technically, they aren’t allowed to stay even if they make it across to Texas. I’m skeptical that that’ll be true in practice: If Obama’s worried enough about his base to consider an executive order relaxing deportations, he’s surely worried enough to hold off on shipping eight-year-olds back to their home countries. He’s also worried about red-state Democrats being punished in November if it seems like he’s not trying to solve this problem, though, which is why he’s rolling out the vice president instead of some lesser diplomatic apparatchik. Biden’s audience is as much American voters as it is Central American migrants. Exit quotation via the Daily Caller: “Anytime the administration sends Joe Biden to solve a problem, it’s clear evidence that the administration doesn’t see it as a problem worth solving.”

Yep, amnesty will fix everything.
Here is the evidence.

Come one come all.
America welcomes you to the land of good and plenty and Obama.

Here comes the flood that is going to overwhelm us!

We can’t continue this way. Just can’t. It isn’t fair to American citizens and those who are going through legal channels to become citizens.

EACH STATE MUST USE THEIR STATES’ NATIONAL GUARD TO CLOSE AND SEAL THE US SOUTHERN BORDER !

This is why lawmakers were not allowed to speak to any of these people. Their phones were confiscated so these kids saying this stuff wouldn’t be on You Tube.

We are living in North Korea now.

Yes. It is not being covered in the media NK style. 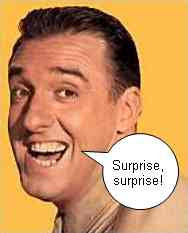 None dare call it treason.

What's the difference? They're staying so they had it right.

11 posted on 06/16/2014 10:25:07 PM PDT by luvbach1 (We are finished. It will just take a while before everyone realizes it.)
[ Post Reply | Private Reply | To 1 | View Replies]
To: All
ARE CONGRESSIONAL HISPANIC CAUCUS MEMBERS AGENTS OF FOREIGN GOVERNMENTS? Members of the tax-subsidized Congressioanl Hispanic Caucus (C/H/C)---including latino US Senators who voted for the Senate amnesty bill----have enormous conflicts of interests and cannot be allowed to drive the debate on this issue.

ARE US LAWS BEING MADE IN COLLUSION W/ FOREIGN GOVERNMENTS The Congressional Hispanic Caucus, La Raza, "hyphenated voting rights groups" etc, should be the subjects of exhaustive investigations, to uncover possible activities coordinated w/ foreign governments.

NARRATIVE Taxpayers demand to know the scope and dimension of multiple conspiracies by government insiders to collude in sub rosa deals to personally profit and/or to facilitate Democrat voters enrollments, and enhance redistribution schemes.

OF INTEREST TO LAW ENFORCEMENT The FBI should interrogate individuals for evidence of multiple schemes to falsify documents to further foreign schemes. The FBI should investigate any and all official documents submitted by the C/H/C, La Raza and latino pressure groups.

RAMPANT CONFLICT OF INTEREST Elected officials who belong to the C/H/C have an inherent conflict of interest in the amnesty provision b/c it protects elected latinos from wrongdoing .....ergo, votes for amnesty by members of The Congressional Hispanic Caucus are automatically disqualified by US law.

There really is a Ntl Assoc of Latino Elected and Appt Officials organized for govt fraud.


12 posted on 06/17/2014 3:40:42 AM PDT by Liz
[ Post Reply | Private Reply | To 1 | View Replies]
To: All
Obama factotum, DHS Secy Jeh Johnson, told reporters that the federal government would do what was in the “best interest” of unaccompanied alien children swarming across the border. He also denied that the taxpayer-funded care being provided to them was serving as an incentive to Central American families to send more of their children. But a closer look at the US govt services being provided tells a different story.....

Better yet, taxpayers demand our tax-paid public servants like Johnson and the Congress do something in "our" best interests.

The National Association of Former Border Patrol Officers asserted: "This is not a humanitarian crisis. It is a predictable, orchestrated and contrived assault on the compassionate side of Americans by her political leaders that knowingly puts minor illegal alien children at risk for purely political purposes."

Vote crazed Democrats---desperate over losing seats in 2014---are conniving to get taxpayers to buy them these illegal votes----the Dummycrats are requesting $2 billion tax dollars (for starters) to subsidize the swarm at the border.

Joe Biden has been thoroughly briefed by the DNC: Speaking to a National Association of Manufacturers, Biden called for a "constant, unrelenting stream' of new immigrants — not dribbling (but) significant flows," The Hill reported....

TRANSLATION FROM DUMMYCRAP BAFFLE-GAB: "let 'em pour in to get the votes we need---and extort taxpayers to subsidize the vote-getting scheme."

14 posted on 06/17/2014 4:27:29 AM PDT by Old Yeller (Anything is possible, if you don't know what you're talking about.)
[ Post Reply | Private Reply | To 1 | View Replies]
To: sickoflibs; All
He telegraphs his inferior view of the United States with bow after bow to other world leaders.

Household loans to people who can't pay them back.

Support to Hamas, Hezbollah, and the old PLO operatives on the West Bank and Gaza.

Vocal support to terrorist operations in Libya, Egypt, and Syria.

Giving ISIS the boost to do what it is doing through ignorance, or by plan.

Giving Putin the green light to do whatever he wanted after the last election.

Amnesty to illegal aliens parcel at a time through Executive Orders.

Free phones to the welfare queens and kings.

Corrupting what military is left, through social engineering and securing at least some command and control to people who are in his camp. Then driving good people out.

This and more are the legacy of the Obama administration, his lap dog Democrats/some Republicans on various issues, and Soros and others like him.