Appearing on today's Morning Joe, the former president said: "with the writing of St. Paul, you can selectively take verses out of the Bible and you can justify women not being able to be priests and so forth, so the Catholic church and the Southern Baptist Convention and others quite often say well women are not qualified to have an equal role in the service of God as men. And of course men all over the world take this as kind of a proof they can abuse their wives or pay less pay, you know?"

This guy is as big an embarrassment as the Iwon.

Oy! Who let him out of his rubber room again? 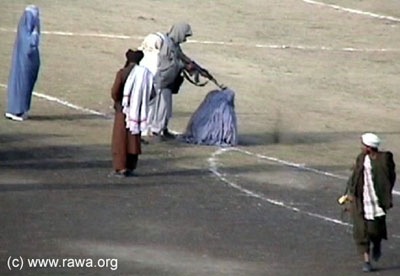 Yet he never saw a dictator, tyrant or MUSLIM he didn’t love and adore. Effing idiot.

7 posted on 03/24/2014 6:33:58 AM PDT by Gaffer (Comprehensive Immigration Reform is just another name for Comprehensive Capitulation)
[ Post Reply | Private Reply | To 1 | View Replies]
To: governsleastgovernsbest

is this useless, rabbit paddlin’ POS, still above ground?

We think alike...but you type faster.

I guess that the former pResident has never heard or studied the Muslims.

Jimmy, you owe me for a new stupidity detector.

Makes you kinda have more sympathy for his beer drinking brother, not that I am making excuses for his alcoholism.

15 posted on 03/24/2014 6:37:44 AM PDT by American Constitutionalist
[ Post Reply | Private Reply | To 12 | View Replies]
To: governsleastgovernsbest
how unintelligent... but we already knew that... Jesus Christ and Christian teachings have done more for women's liberation--truly--than any institution, religion, movement...

I will savor it.

As a Southern Baptist, this dude is really starting to honk me off.

WE are part of the problem??? Are WE the religion that forces women to cover themselves head-to-toe in cloth bags with eyeslits? Are WE the ones who shoot women for daring to *gasp* think think they have worth other than as property?

(Here’s a hint, Jimmah...they worship a little black rock in a place called ‘Mecca’. Better look into it.)

Consider the source. His brain is the size of his peanuts.

Pic at 3 succictly depicts my response.