Barack Obama will speak to the nation today at 11:25 a.m. EDT from the Rose Garden with citizen props standing around him to tout the glories of Obamacare. The White House has leaked to the press Obama is "frustrated" about the problems with the government exchange website.

For real? Again? What is the deal? I wonder..did Hitler or Mao ever stage fainting girls at speeches?

She probably just found out what her new Obamacare premium is!

Libs starting to claim the website doesn’t work because the GOP and Tea Party are/have sabotaging/sabotaged it.

I wonder if they pay people to “faint” at these events..

CNN is saying that Obama only used examples that showed people saving premium costs, but .... some may actually see their premiums go UP!

Obamacare is so bad that even CNN cannot cover up how bad it is.

Oh, good. Maybe it will be over by 12:30, so viewers won't have to miss any of The Young and the Restless.

Folks with employer insurance are affected allright. Premiums going up, up, up! Having to pay for everybody else! Income redistribution!

That is a big, fat, stinking, steaming LIE from the LIAR IN CHIEF. Every one of those programs is affected by FUBOcare because FUBOcare is imposing standards on every health insurance program in existence, and even private insurance is either being forced to raise rates, or are doing it just because they can get away with it.

Hmm....considering how large a proportion that will see their premiums go up, I think "some" is covering up. Though, not completely.

Do you think the SOTUS (Salesman of the United States) ever has tried the number himself?

What a facepalm even this speech was. I never thought I would see the serving President of the United States selling insurances on national television. 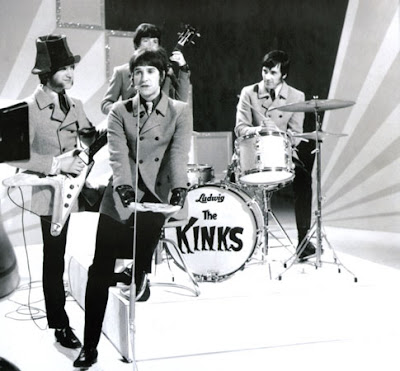 With the ‘fine/tax’ being about $95 (with no penalty for not paying for it ) there is a risk that people who would pay much more than they will get from it ('young healthy people') wont sign up for it.

They are needed to pay for those who are already ill who sign up (those on stage with him) or it doesn't work, or they just pay their own bills and nothing changes.

So Obama is talking to those who believe in him. 'Sign up. its a good deal'

134 posted on 10/21/2013 9:18:38 AM PDT by sickoflibs (To GOP : Any path to US Citizenship IS putting them ahead in line. Stop lying about your position)
[ Post Reply | Private Reply | To 60 | View Replies]
To: kabar
This is really SNL type stuff. And there will be no questions asked by the MSM sitting there. Obama is using his sales pitch. Thankfully, Fox is cutting away now. You must mean “law of the democrats”!!!!

That thought had crossed my mind more than once......if not perhaps those they're hiring from the outside will do so. 5 millions codes says this is going to take a long time to fix, and with each fix another problem will be discovered..... and this is just one of the many problems.....And so.....lots of room for anyone to tweek here and there.

Then there's the interface with the Insurance companies and hospitals yet to be realized.....lololol...what a sham! If ObamaCare relies on healthy 20-somethings signing up, why did Obama arrange it so they could stay on their parents health plans? Is a question that needs an answer.