Tuesday, on CNN’s “The Lead with Jake Tapper,” Michael Ritrovato spoke at length about his friend, suspected Navy Yard shooter Aaron Alexis. After expressing his condolences to the victims and their families, Ritrovato then expressed his shock over the actions of a man he described as being “like a brother to me” and a “good-natured guy.”

Ritrovato went on to explain that two of them had a close relationship based in part on their differences, specifically race and politics. Alexis was black, Ritrovato is white. Ritrovato described himself as conservative and Alexis is “more of a liberal type” who supported Barack Obama:

Ok, what do you have to do to be called the shooter? 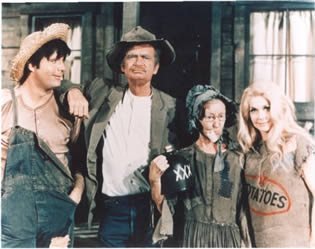 “Ok, what do you have to do to be called the shooter?”

/Good enough for CNN and MSNBC.

some yutz is gonna demand he have a Fair Trial,,,,,,/s

If obama had a son, he would look like this piece of crap. Maybe obama should serve this guy’s sentence.

Another mass shooter who was a liberal democrat and pro-Obama. Sort of breaks the red-neck stereotype.

No assault rifles for him, by golly, he chose to kill people with a shotgun that even Joe Biden wouldn't have a problem with.

Heading on tonight’s newscasts: “...the Obama supporter who murdered 13 at the Washington naval yard...”

He was Navy and not an officer.. he was enlisted.

Wouldn’t you expect that if he was bummed about something in his company that he would have unloaded closer to the source of his “problem.”? I haven’t figgered out yet whether his company had an actual office/staff in building 197? Bbbuuuut then that requires some level of clear thinking-—not really in evidence since he shot thru his noisy neighbor’s ceiling,floor, whatever.

And all across the land, the smacking sound of liberal face palms could be heard...

Notice the look on Tapper’s face when he heard that Alexis is a liberal..hopefully Tapper was wearing dark pants, he looked like he was about to soil them. Sandy Hook, Santa Monica College shooter, Ft Hood, Aurora Colorado, now Washington Navy Yard, every single one of those shooters had one thing in common..ALL LIBERAL..maybe there should be gun control, for liberals, since obviously they cant handle a gun

and....... like the attempted murderer Trayvon, he was Black.

A Budhist kills civilians at a Navy Yard and the injured and deceased’s relatives will be treated as if they were wounded in war.

A Muslim shouts “Alla Akbar” while shooting soldiers at Ft. Hood and they get squat.

Yes, where is our comprehensive list of liberal democrat mass-murdering shooters? Saw it not that long ago, it’s quite an impressive list, in its size anyway!