Was Mitt Romney Right About Everything? From Russia to Detroit, his fans say they’ve been vindicated
BuzzFeed ^ | 09/05/2013 | McKay Coppins

Ten months after Mitt Romney shuffled off the national stage in defeat — consigned, many predicted, to a fate of instant irrelevance and permanent obscurity — Republicans are suddenly celebrating the presidential also-ran as a political prophet.

From his widely mocked warnings about a hostile Russia to his adamant opposition to the increasingly unpopular implementation of Obamacare, the ex-candidate’s canon of campaign rhetoric now offers cause for vindication — and remorse — to Romney’s friends, supporters, and former advisers.

Of course, there is a long tradition in American politics of dwelling on counterfactuals and and re-litigating past campaigns after your candidate loses. Democrats have argued through the years that America would have avoided two costly Middle East wars, solved climate change, and steered clear of the housing crisis if only the Supreme Court hadn’t robbed Al Gore of his rightful victory in 2000. But a series of White House controversies and international crises this year — including a Syrian civil war that is threatening to pull the American military into the mix — has caused Romney’s fans to erupt into a chorus of told-you-so’s at record pace.

In the most actively cited example of the Republican nominee’s foresight, Romneyites point to the candidate’s hardline rhetoric last year against Russian President Vladimir Putin and his administration. During the campaign, Romney frequently criticized Obama for foolishly attempting to make common cause with the Kremlin, and repeatedly referred to Russia as “our number one geopolitical foe.”

Many observers found this fixation strange, and Democrats tried to turn it into a punchline. A New York Times editorial in March of last year said Romney’s assertions regarding Russia represented either “a shocking lack of knowledge about international affairs or just craven politics.” And in an October debate, Obama sarcastically mocked his opponent’s Russia rhetoric. “The 1980s are now calling to ask for their foreign policy back because the Cold War’s been over for 20 years,” the president quipped at the time.

That line still chafes Robert O’Brien, a Los Angeles lawyer and friend of Romney’s who served as a foreign policy adviser.

“Everyone thought, Oh my goodness that is so clever and Mitt’s caught in the Cold War and doesn’t know what he’s talking about,” O’Brien said. “Well guess what. With all of these foreign policy initiatives — Syria, Iran, [Edward] Snowden — who’s out there causing problems for America? It’s Putin and the Russians.”

Indeed, earlier this summer, Moscow defiantly refused to extradite National Security Agency leaker Edward Snowden to the United States, prompting Obama to cancel a meeting he had scheduled with Putin during the Group of 20 summit. Russia has blocked United Nations action against Syria. And on Wednesday, Defense Secretary Chuck Hagel told lawmakers that Russia was one of the countries supplying Syria with chemical weapons.

To Romney’s fans, these episodes illustrate just how unfairly their candidate was punished during the election for speaking truths the rest of the country would eventually come around to.

“The governor tried to enunciate how to deal with these very hard, tough issues, and we were met with slogans,” O’Brian lamented. “And now the real world is exposing the slogans as being totally trite.”

Admirers point to other examples of Romney’s unrewarded wisdom, as well.

During a foreign policy debate in October, the candidate briefly expressed concern over Islamic extremists taking control of northern Mali — an obscure reference that was mocked on Twitter at the time, including by liberal comedian Bill Maher. Three months later, France sent troops into the country at the behest of the Malian president, bringing the conflict to front pages around the world.

On the domestic front, Obamacare — which Romney spent more time railing against on the stump than perhaps any other progressive policy — is less popular than ever, while the federal government struggles to get the massive, complicated law implemented. (One poll in July found for the first time that a plurality of Americans now support the law’s repeal.)

And while the unemployment rate has, in the first year of Obama’s second term, gradually fallen to post-crisis lows, the still-ailing U.S. economy, which served as the centerpiece for Romney’s unsuccessful case against Obama’s reelection, was given a potent symbol earlier this summer when Detroit became the largest American city ever to declare bankruptcy.

The Motor City became a symbolic battleground during the election, with Romney proudly touting his father’s ties to the auto industry, and the Obama campaign relentlessly attacking the Republican for a Times op-ed he had written years earlier headlined “Let Detroit Go Bankrupt.”

“The president took the title of that op-ed, which of course was written by editors of the New York Times, and used it to say Gov. Romney was being insensitive about his own home city,” complained former campaign spokesman Ryan Williams. Romney’s article argued that beleaguered automakers should consider going through a managed bankruptcy instead of taking a bailout but, Williams said, “the president’s campaign intentionally tried to blur the lines. It worked. And several months later, the city is going bankrupt because of liberal democratic officeholders.”

Referring to the bankruptcy, Putin’s posturing, and the Mali conflict, Williams added, “Obviously, it would have been nice if any of these incidents would have occurred during the campaign to vindicate Romney. You would never want to see the bankruptcy of a major U.S. city, or the president embarrass himself on the world stage like he has, but Gov. Romney did discuss these potential outcomes.”

Romneyites are processing these feelings of vindication in different ways. The campaign’s chief strategist, Stuart Stevens, said he has been disappointed to see their central message — that Obama would be unable to restore America’s strength — turned out to be so accurate: “If there is a part of the world in which America is stronger, it’s hard to find. What’s the president doing? Attacking a talk radio host. He has criticized Rush Limbaugh with more conviction than the leaders of Iran… We can only hope it improves. ”

And Jennifer Rubin, the conservative Washington Post blogger who became Romney’s most outspoken advocate in the press, accused members of the news media of failing to take the Republican’s arguments seriously, while allowing the incumbent skate through the race untouched.

“As for the media, they are the least self-reflective people I know,” Rubin said. “The left-leaning media has carried the president’s water faithfully, eschewing the least bit of critical analysis. Now they don’t like the result?”

For Zwick, perhaps the closest thing to a true Romney loyalist on the campaign last year, the belief that his candidate turned out to be right offers little comfort. “It’s frustrating because there’s no way to correct it,” Zwick said. “We don’t do what they do in the U.K. and lead the opposition party when you lose. When you lose there is no way to sort of be vindicated. There’s no way to say, ‘OK, well, I didn’t win the presidency but I’m going to continue to fight.’ There’s no fighting. There’s no platform to do that. Fifty million Americans voted for the guy and yet it’s all for nothing.”

THE ENTIRE GOP opposition and EXPECIALLY the TEA party was right...

I don’t take away from the fact he spoke lots of truth.

Problem was he was not the candidate we needed at that time.

As Hillary famously said, "What difference does it make!!!!!"

Obama ONLY became pRes_ _ent because of Romney’s vicious
2008 sabotage.

Then, too, RomneyCARE/ObamaCARE and gay marriage both
were created from Romney and his pen.

Not sure how many ‘fans’ Romney had, but he was unquestionably the better option last year. Of course he was right on Russia, health care and most things. He even did a decent job telling us. It looks near impossible to get through the noise of the media and left these days, as they have their guy’s back 24/7, and will destroy anything in the way. Yes, their campaign could have been much better, but when the left can get their turnout in that environment, it’s tough to win.

Sorry, a sodomy worshiper is not the candidate we EVER need. 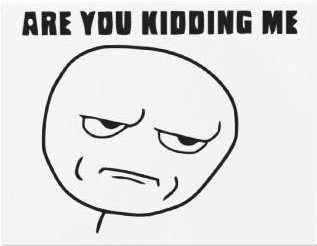 He supported putting gays in the boy scouts.

Romney was a lifelong abortionist who claimed abortion should be safe and legal in America. Claimed he’d be better for gay right than Ted Kennedy and proved it. Massachusetts got gay marriage on his watch. Loved big government mandates, forced RomneyCare (predecessor to ObamaCare) on his state. Appointed liberals, refused to fight for conservatives. He was a liberal. Then he decided to run for the presidency and he shifted positions on EVERY issue. No credibility whatsoever. A big loser. NO THANKS!! RINO GO HOME!!

Not only that, Romeny was the candidate that 70% of the GOP themselves didn’t want...

Its not like it helped them at all- unless the GOP is totally infiltrated by democraps.

AND With the media changing his first name to “Frontrunner” it didn’t help at all...

Whatever Romney might have been right about, Russia isn’t part of it.

Russia by all rights should be a natural ally.

Remorse? I don’t detect any remorse among those who opposed Romney — especially among Republicans and conservatives who stayed home. You read the contempt here on FR every day.

Personally, I would LOVE to have Mitt and Ann in the WH right now.

He ran the most politically tone deaf campaign ever.

Note to Romney fans: don’t admit you are a fan, it makes you look bad.

IMO, Bush should also be vindicated at some point. The WMD’s is Syria’s stockpile probably contain some of Saddam’s WMD’s.