The Most Incorrigibly Political and America-Bashing President
Townhall.com ^ | May 7, 2013 | David Limbaugh

President Barack Obama has to be the most partisan and most ideological president we've seen in a long, long time. He cannot or will not refrain from injecting his partisan politics into almost every occasion.

Did he go to Mexico last week to improve our relationship with our southern neighbor or to use Mexico, as he does anything else he can find, as a political prop to bash Republicans and as a platform to criticize the United States?

What other American president has so often sidled up to foreign countries on the backs of his own countrymen? Obama's defenders deny, hallucinogenically, that he apologizes for the United States, but our lying eyes keep telling us otherwise.

In Mexico on Friday, Obama, under the guise of who-knows-what, took the opportunity to stump for his latest policy obsession -- gun control -- to an audience that had nothing to do with it, unless you imagine that some of the people there will one day be granted amnesty in the United States by Washington's ruling class and become voters who can pressure know-nothing GOP congressmen to confiscate the people's arms.

Obama didn't just offer a few throwaway lines at the issue, taking playful jabs at his Republican opponents. He actually seemed to be blaming Americans for the corrupt and violent Mexican drug culture.

He said, "Much of the root cause of violence that's been happening here in Mexico, for which so many Mexicans have suffered, is the demand for illegal drugs in the United States."

Can you believe that? Who thinks that way, much less a United States president? Whose team is he on? Whom is he fighting for? Wouldn't you think that if the captain of our team were going to complain about problems between our two countries, he would direct his criticisms at those committing the crimes in their own country and those who also come to our country in droves illegally, even if the numbers have decreased recently because of Obama's economy?

But no, it's our fault. It's always our fault, even when he's the president. What an impotent guy he must be not to be able to have a more positive effect on us evil Americans.

But he didn't stop there. Why should he have? He had a perfect platform to kill a couple of eagles with the same stone. He next took aim at America's evil gun manufacturers.

He said: "Most of the guns used to commit violence here in Mexico come from the United States. I think many of you know that in America, our Constitution guarantees our individual right to bear arms. And as president, I swore an oath to uphold that right, and I always will. But at the same time, as I've said in the United States, I will continue to do everything in my power to pass common-sense reforms that keep guns out of the hands of criminals and dangerous people. That can save lives here in Mexico and back home in the United States. It's the right thing to do."

It is disgraceful enough that this American president would gratuitously paint America in a negative light before foreign people and their leaders (absent some egregious, deliberate action by the United States). But it is especially reprehensible that he attacked Americans and American gun manufacturers for the purpose of advancing his political and policy agenda in the United States.

If he wanted to apologize to Mexico, perhaps he should have started with Fast and Furious and the illegal guns his administration walked into Mexico without its permission or knowledge, which resulted in the death of some 200 Mexicans. But his apology ought to be on behalf of his administration, including himself and his attorney general, not America generally.

Do you get the impression, listening to Obama's words, that he is highly frustrated with constitutional restraints that keep him from taking unilateral action to restrict firearms? We witnessed similar frustration from him on the constitutional obstacles to his taking action on immigration via the DREAM Act, just two weeks before he took unilateral and illegal executive action on it anyway.

Forget the birth certificate issue; this president has made it increasingly clear he doesn't feel a sufficient bond with Americans or the American system to prevent him from rooting for the other team and lamenting our constitutional system the second he sets foot on foreign soil.

But foreign soil is not the only inappropriate venue Obama uses to wage partisan wars. On Sunday, he told Ohio State University's graduating class that Americans who fear government tyranny are messing everything up and obstructing his enlightened progressive agenda.

Can he ever set aside his agenda for a brief moment? Can he ever pass up an opportunity to politicize?

I don't believe I'm exaggerating when I say we've never seen anything like this before -- not to this extent, anyway.

I’m only reserving judgment because I wasn’t alive to see Woodrow Wilson in action.

At the Ohio grad he said something like he was not going to talk politics in his speech... and then he did... he really cannot help himself... i have a lib sister who is the same way... i just decided that next time i am around her and she injects her politics, i am going to say, “wow-you really just cannot help yourself, can you?” and walk away...

For sure, the Current Occupant of the White Hut has got Jimmy Carter beat on that account, if only because now he has more than a single term in which to spread around his brand of cynical manipulation of opinion and dissemination of doubt everywhere.

With the Benghazi situation about to erupt again, and serious questions about the role in Syria, the Mulim world has begun to question the reliability of The Won. If he can’t keep that genie in the bottle for them, what good is he?

For the low-information voter, “Ben Ghazi” was a medical drama show from back in the 1960’s or something.

Oh, I remember now. Ben Ghazi was a film and stage actor that played, variously, a lawyer, a terminally ill patient, or a soldier on several TV dramas, back also in the 1960’s. Didn’t he die just a year or so back?

Oh how I despise that man!

It is beyond my understanding how assumedly smart people like our Representatives and Senators can be taken in by this outsider.
For years he has beaten the birther issue by technical points to avoid it ever coming to a fair court. Standing is impossible to get. He has presented a proven false birth certificate thanks to the conspiracy of the Hawaii officials. We haven’t seen his academic records, but all of that can somehow be excused I suppose.

But how can these people stand by and watch him destroy our economy, our health insurance, our constitution, and do nothing. Are they really that frightened of Negro riots?

something wrong with your linkie - all I get it a picture of a clown bashing America. NO WORDS

8 posted on 05/07/2013 6:55:49 AM PDT by Cheerio (Barry Hussein Soetoro-0bama=The Complete Destruction of American Capitalism)
[ Post Reply | Private Reply | To 1 | View Replies]
To: alloysteel
Ben Ghazi was a film and stage actor that played, variously, a lawyer, a terminally ill patient, or a soldier on several TV dramas, back also in the 1960’s. Didn’t he die just a year or so back?

If he were just a clown we could ignore it. Unfortunately he is not 
Become a monthly donor if you can 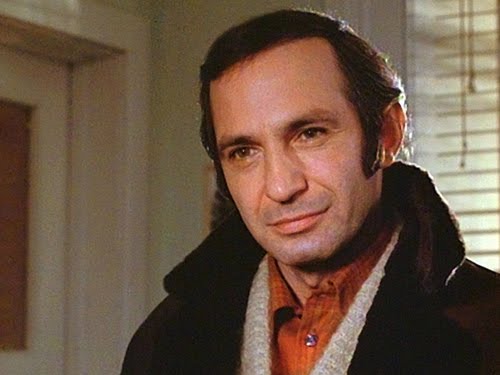 Movies he played in

So do I, plus every liberal

Even the Mexicans interviewed by the press after the speech said it was nonsense, and that Mexico’s problems are its own. Well, except for the guns that Barry sent to Mexican gangs...but I guess he didn’t mention that one.

> He said, “Much of the root cause of violence that’s been happening here in Mexico, for which so many Mexicans have suffered, is the demand for illegal drugs in the United States.”

So I guess they ship the drugs here for free and make no money off of them? Is that what youre saying, Mr. President? Well I hate to crash your party, Sir, but I’ve spoken to many ex-Federales that left Mexico that worked for the ex-President himself that indicated that the Mexican government itself was involved in drug trafficking which was very, very lucrative and implied that our very own government . Why the hell do you think Fast & Furious was implemented?

> He said, “Much of the root cause of violence that’s been happening here in Mexico, for which so many Mexicans have suffered, is the demand for illegal drugs in the United States.”

So I guess they ship the drugs here for free and make no money off of them? Is that what youre saying, Mr. President? Well I hate to crash your party, Sir, but I’ve spoken to many ex-Federales that left Mexico that worked for the ex-President himself that indicated that the Mexican government itself was involved in drug trafficking which was very, very lucrative and implied that our very own government was involved. Why the hell do you think Fast & Furious was implemented?

Create your own market by getting people addicted to drugs that impedes their ability to think reasonably and rationally while making their body crave it so badly that they think they can’t function without it. Why do you think California is so full of liberals?

Patently FALSE. Every word from this stooge is a twisted lie.

The vast majority of guns used in Mexico to commit violence are AK variants from around the world. They're cheep, rugged, plentiful, and get the job done.