Actress Daryl Hannah says she suffers for her hard-left activism.

The Splash star, talking up her appearance in the new assault on climate change skeptics dubbed Greedy Lying Bastards, says being outspoken in Hollywood comes with a price.

CM: Do you think that your acting career has suffered in any way — or that you’ve lost any roles — because of your outspoken activism?

DH: I know that’s been the case in some instances, for sure. But that’s OK. The truth is, I’m a human being above all. I love life. And I’d love to see life go on on this planet, and thrive.

Hannah also says reporters no longer do investigative journalism for fear of losing their jobs, one reason why the public doesn't demand action on climate change.

Does she know how much work Sean Penn and Matt Damon get?

Hollywood "progressives" are sexist and ageist. Women in their 60's don't get many leading roles unless a grandmother is called for.

Hollywood hates women, especially ones over 30.

Progressives will pair a 69 year old Sean Connery with a 30 year old Catherine Zeta Jones and not think twice.

It’s called “being older than 40 and not being Meryl Streep.”

uh Darryl Hannah? She has NO talent

No, you’ve lost roles because you have no talent. Your only claim to fame was having bedded JFK, Jr.

But she makes an attractive mermaid!

You were born rich anyhow

This is why Ashley Judd is running for the Senate as a commie ‘RAT. She knows her movie star days are over. Hannah needs to look for a real job. I never heard anyone say that they were waiting for Splash II to come out.

The latest from the Left is to label anyone who doesn’t mindlessly support Global Warming as “dangerous” and “involved in the conspiracy”. I’ve heard several liberals say that Global Warming skeptics should be silenced.

The problem for hypocrites like Hannah is that they are part of the Global Warming problem. They are more guilty than regular Joes and Janes because they use more energy to get around.

Probably due to whining about Hollywood not being as green as they like to pretend they are. 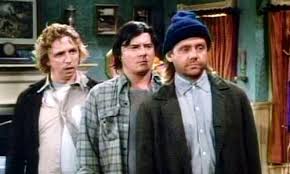 That could be her next movie - “Manatee”!

Lost roles because she can’t act.

I think the last movie I saw was something like Gone With The Wind.........well, that’s not really correct—I did see Meryl Streep in Mama Mia several years ago, and enjoyed it.

I watch a lot of the old movies on Netflix, I can relate more to those, as I’m old, too.

The money in her paychecks has been redistributed to younger actresses who have more talent. I’m sure she’s on board with that.

if not...than who is she? does it matter? 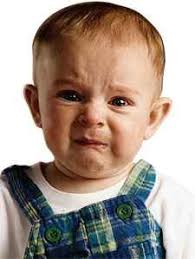 I saw this nut get interviewed by Bill O’Reilly..she belongs in the funny farm, can’t get more whack job than Darryl Hannah

“I watch a lot of the old movies on Netflix, I can relate more to those, as I’m old, too.”

I like old movies too (though I’m not old yet); it is refreshing to see movies where the white guys aren’t all criminals and haters. Nowadays, white guys are dogs while women are superheroes and blacks bravely lay down their lives for “America”...