Releasing a dove is a symbolic appeal for peace. But when the Pope tried it yesterday, it led to quite a flap.

Nobody had bargained on a resident seagull who apparently hadn't been listening to the Holy Father's sermon.

It swooped in and attacked the bird of peace as soon as Pope Benedict XVI released the dove from a balcony at the Vatican.

Take this as a sign. And not a good one. I’m sure the Pope did. 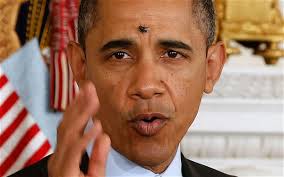 Seagulls are crazy birds. I remember reading the account of one man, who rescued a baby seagull. He wrapped it up and put it in his trunk, so he could take it to a bird sanctuary. Ever since then, it has returned and spends its day watching for this man and attacks him on sight.

The man has been unsuccessful in disguising himself in wigs and different hats.

Its a foreboding! prepare!

I’m sure the people of India would take offense to 0bama’s ‘fly tikka’. You are right about the MANY instances of a fly landing on 0bama’s face, including on his lips.. AND WHILE INDOORS!! WHEN DOES THAT HAPPEN TO REGULAR PEOPLE, MULTIPLE TIMES!!? NEVER.

Jesus brings peace, not a dove.

8 posted on 01/27/2013 5:54:22 PM PST by bmwcyle (People who do not study history are destine to believe really ignorant statements.)
[ Post Reply | Private Reply | To 1 | View Replies]
To: Jonty30
Took my right hand man to the seashore for lunch....Ba***** smiled and threw a piece of bread out the window and thousands of seagulls descended.

No more being the good guy. He packs his lunch now.

Reminds me of when Bill Clinton turned loose an eagle and it was attacked by an Osprey.

The miracle of the gulls is often credited by Latter-day Saints (”Mormons”) for saving the Mormon pioneers’ first harvest in Utah. According to Mormon folklore, seagulls miraculously saved the 1848 crops by eating thousands of insects that were devouring their fields.

I thought the same thing. The Satanic Muslim Ummah (the ruthless scavenger seagull) is threatening the peace and civilizing influence (the dove) of the Christian world, and the Vatican needs to stop standing on the sidelines and praising Islam as a "great religion" and FIGHT.

Is God trying to give us a sign about Freemasonry and the NWO?

This does not Augur Well.

I’d rather think the symbol of the Ummah as some systemically raging virus heretofore unconquerable by the will, but by the will can yet be conquered.

A seagull attacks the bird of peace ..
Its a foreboding! prepare!
Was the seagull wearing a Burka ?
It sounds like a seagull .. on jihad !!