We know you are one of the good guys here.

The over the top multiple posting is something you will have to live with for a while though. It’s all actually very funny, almost wish I’d pulled it :-)

Every time I refreshed the live thread there were at least 3 more of your posts...lol. Kinda took my mind off how worried I was for Mitt... a WTF!? momentary comic relief.

It was mostly the fault of server overload...we all know that.

Maybe you can help me. It seems to me I heard somewhere that 7 of 10 GM vehicles are being built outside the US? Do you know anything about that??????????

(Not just one “asshole”, but quite a few. And to paraphrase your second statement, It isn’t the “asshole”, it’s FR)

Thanks for the support CL.

REALLY??? Seems the asshole commentors should look in the mirror....Yes, really, you should. Look in the mirror sometime, and you will learn more about life than your momma ever told you that you would....Christ himself said to remove the beam from your own eye before you accuse others. Will you?

It will all be vetted.

Romney got Obama to get real bold and tell some huge lies.

If every voter felt the same as you then Romney wouldn’t even had agreed to these debate moderators because he wouldn't need it and Obama would have. I learned long ago to not assume that everyone agrees with me.

Romney seemed a bit held back while Obama was on the attack by the first five minutes.

We will know in a couple of weeks if it worked.

I know he used the roads and bridges line at least once in conjunction with finding jobs for veterans coming home. His answer to returning vets and college graduates is to get them jobs in factories and construction. Oh, and fixing the economy by hiring more teachers. Doofus.

I think Romney knew 0bama was ready for Benghazi, so he simply put it aside.

Agree. I think O would have used some weasel words, and once again used the cover of investigation, and following what intelligence told him....

In other words I ‘m not really responsible.

From the CEO/President of GM to the Chinese press.

“Point for Obama. I don’t think that will be a game changer though.”

Yeah, Obama is a real funny guy. Lots of laughs and ha ha. However, I remember the special ops guys riding horses across the Afhanistan mountains and I know for a fact that the Marines train with and carry bayonets.

Obama couldn’t fight his way out of a wet paper bag. I think the Russians and Chinese are well aware of the fact that he doesn’t have a clue and further proved it tonight.

China is getting very brave with their naval presence and Russia is moving further into the “’stans” with their missile technology. While Obama pushed through Obamacare and went on his perpetual campaign stops for 4 yrs, Russia and China have been on the move with their own troops as well as their proxies.

They are already back-tracking on the narcissist’s comments about NOT sequestering the funding of our military. It seems that they will let the sequester of the funding go through. Obama lies....and eventually WE will all die!

I’d like to know how you were able to get multiple posts to load tonight, and the rest of us weren’t able to get any of our replies to post. Who is your daddy, and what does he do?

Yes, but it made Obama look like he was tugging at the leash and snapping at the hand that feeds. 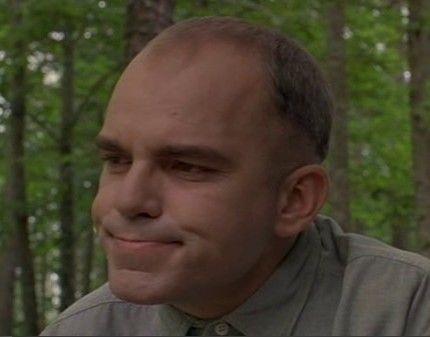 JEMIANITY = making fun of someone that tried to make only one post in an effort to make ones self look better that he or she really is.

I’ve only been trying to post since there were 200 comments. Perhaps this time is my lucky time.

I’ll just summarize all the comments I tried to post in once sentence: Obama bin Laden (quote, Bob Scheiffer) is a big lying doofus with the stare of a psychopath from “Criminal Minds”.